Discovering My Love For Piano

by Grace Linn about a year ago in humanity
Report Story

Every musician has to start somewhere 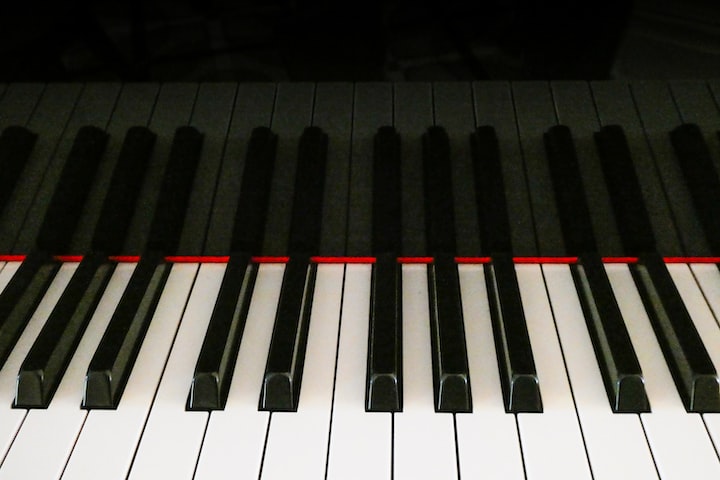 Music is the centerfold of my family. I definitely got my abilities from my mom, but my dad played the part of being the biggest supporter. He’s shown up to every halftime show, concert, performance- you name it. All three of us kids were involved in every single band activity possible, me and my two older sisters.

From a young age, I started piano lessons. I took them from this middle-aged lady who lived in a small town, Celina, Ohio. A town that’s known for good local eats, and a consistently unsafe lake. But I digress. The lady who gave me lessons was Mrs. Zimmerman. I think her first name was Carol, but I’m not sure. She had a beautiful baby grand piano in her house.

Now being the stubborn, shy, and awkward child that I was, I wasn’t crazy about the piano. In fact I hated it. But my mother insisted I continue with the lessons. And so every day I practiced. Well, the more time you spend around something, the more likely it is to grow on you. And grow on me, it did.

I remember showing up to my Wednesday lesson and excitedly shouting I love piano! Mrs. Zimmerman was thrilled because this was a complete 180 compared to a month ago. I remember from there my passion swelling for this instrument. I kept challenging myself every day.

Even when I stopped taking lessons, that never made me cease my work. I taught myself pieces like Clair De Lune and the first movement of Moonlight Sonata. My true dream was to become a piano performance major. My mother’s reaction to that was not exactly excited. She told me you need to have professional instruction for years.

I didn’t grow up “wealthy”. I didn’t grow up poor, either. We were somewhere towards the lower half of the middle. So that put me at an unfair disadvantage when it came to expenditures like that. But this never discouraged me. I continued practicing.

After I graduated high school, I decided to pursue a music degree at IPFW. At first I was dead set on being a music therapist, but all it took was one class to nudge me out of that. Specifically, intro to music therapy. I wasn’t a big fan of the instructor, plus I wasn’t scoring very high on my exams and so I withdrew out of that class.

Now in order to become a performance major, you have to audition with four memorized pieces from different musical periods. The only audition I’d had was for a level below, so P300 instead of P400. That meant I would have to audition again. What we did was for my playing final (they’re called juries) we doubled that as my audition for P400.

Now the end result doesn’t exactly tell you the hard work and effort that went into that. I was expected to practice 4 hours a day. Four. As a music student, you’re already having to take at least 15 credit hours per semester just to maybe graduate in 4 years. On top of that, you have rehearsals and homework. And if you’re like me and didn’t choose to live on campus, you also have a part-time job in order to pay for the apartment you live in.

I practiced as much as was humanly possible, but it was usually no more than 3 hours. Should it have been more? Probably. But every single semester I ended up with A’s in my piano course and my skill grew exponentially. I learned more about piano in the two years I went to IPFW than I had learned the first 18 years of my life.

But if you look at me now, no way in hell would I be able to handle the precarious balancing act of work, college, homework, practice AND rehearsals. I’m not that great of a proverbial juggler.

Going to music school changed my life forever. I met many like-minded people, some of whom I’m still friends with. I also streamlined the way I practiced, therefore making more progress in shorter periods of time. I’ve taught myself almost all of Hungarian Rhapsody no. 2, as well as the famous Chopin etude in E major.

A few years ago, I even went and bought myself a decent digital keyboard from Sweetwater. It was a Yamaha P-100. It sounds fairly close to the real deal which is what impressed me the most about it. It cost near $600, but it was 100% worth it.

For me the dream of piano performance never died. It just manifested itself in a new light.