5 tracks to get ya into MF DOOM

by MC Flo Buf 2 months ago in playlist
Report Story

The Metal Masked Master of the Misdirection. 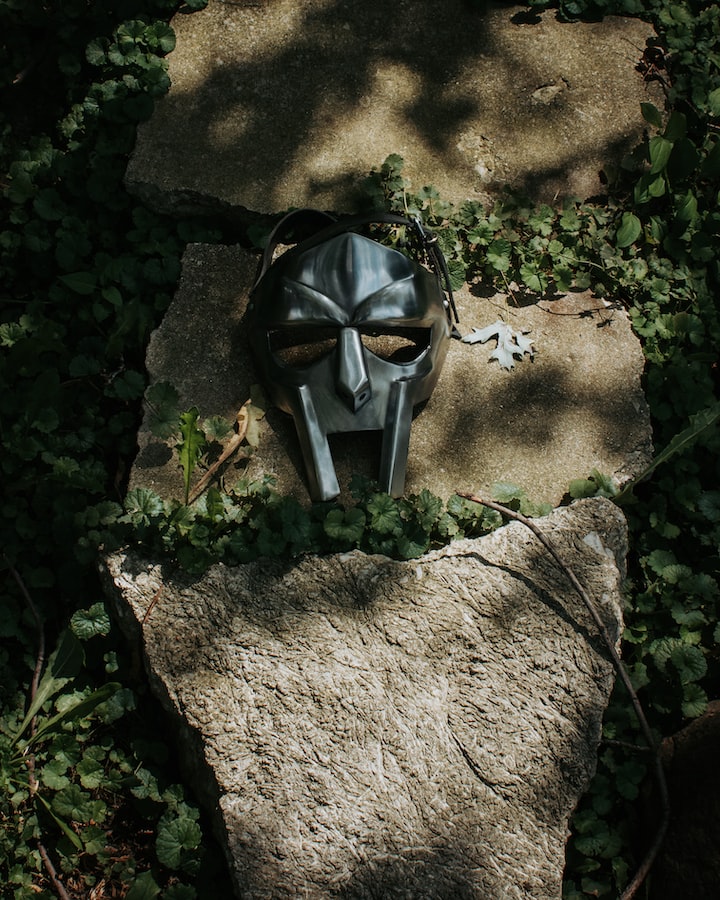 Photo by Bruno Guerrero on Unsplash

"So nasty that it's probably somewhat of a travesty having me .Daily told the people "You can call me Your Majesty!"

This song is so good, you get ridiculed if you don't so.....play by the rules, you won't be made a fool. Track 20 of the lauded Madvillany collab project with Madlib, this song captures what makes MF DOOM such a gem. The humorous quips packed to the brim in every line like, the braggadocio of a legend that had impacted millions but still maintains a Clark Kent low profile; the meta commentary on how he spits a bar; the pop culture references, it's all there. On top of all that the Madlib. production is sublime. To this day I can't think of a beatmaker who flips a rec with panache. Makes you wanna buy a vinyl just because. Plus there's a Beyoncé reference in there. No spoilers :]

"Living off borrowed time the clock tick faster, That'd be the hour the knock the slick blaster"

The mental tapestry on this one is magnificent. One of the first rappers to make an accordion sound sexy to rap on. The first official track after the opener on Madvillany, DOOM is in top form, and Madlib lays the backdrop with perfection stellar accordion sample ;different intricate drum and kick sequences riddled in the instrumental; each line packed with meaning; grizzled veteran delivery and a Sigmund Freud shoutout. Who doesn't love that?

Sade.......Sweet Sade, that sample is flames. The first official song after the opener for Operation Doomsday, his debut album, this track sets the tempo to what was to be a storied career as a solo artist years after the tragic passing of his brother DJ Subroc and getting dropped from their former label Elektra records. He comes in smooth and maintains the country crock butter flows throughout the track. Favorite part is when the melody is cut and you just hear the drum and kick and the Masked Menace is talking his stuff. DOOM really knows how to flip a script, no pun intended. This is a great starting on point for those who want to start the solo discog deep dive of Mr. Dumile.

" A rhyming cannibal who's dressed to kill, it's cynical , Whether is it animal, vegetable or mineral"

I'm a sucker for well executed concept albums. I'm also a sucker for good food. Put that together and you get MM...Food. A not-so-guilty pleasure of epic proportions. An album dedicated to food and how it relates to rap, this album is such a delight to listen to as a hip hop head. Beef rap sets the tempo with a samples talking about and around food. Then DOOM comes in and murders the boom bap in cold blood. Only he could make an album about food sound so profound and witty. My favorite DOOM opening track. Also meatwad really loves this song........so there's that.

"Telling all their business, sit in the court and be they own star witness."

Consdiering the recent rise of rap lyrics being used for RICO, DOOM and special guest, Mr.Fantastik sound mighty prophetic on track 13 of MM...Food. Mr.Fantastik starts it off strong and DOOM brings it home with finesse and gusto, reminding the game that you can be compelling without having to be or live a life of crime and brag about it for the audience and feds to hear. That guitar is so stellar on this beat. Want a track that speaks about the issues in the game of rap today? This is for you.

Just a rapper doing it for the vibers and the 925ers. I've always wanted to have my own blog. This is my haven for writing. Poetry and playlists a plenty. Enjoy

More stories from MC Flo Buf and writers in Beat and other communities.