The Cars that Could Become Future Classics

by Alicia Walker 10 months ago in industry
Report Story

Here, we take a look at which cars will be future classics and are worth investing in. 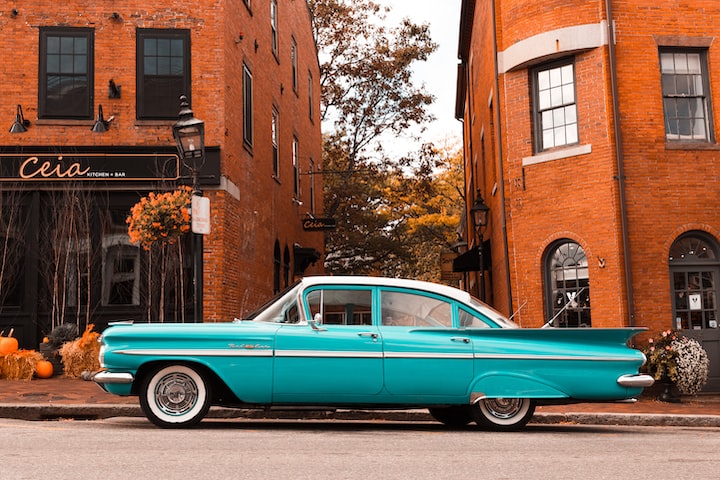 Besides being a necessity to help us go about our days, many of us have a genuine passion for all things motoring. Whether this was instilled in us as a child with posters of our favourite supercar hanging on our bedroom wall or we’ve had a promotion and want to upgrade to a brand new Bentley Continental GT, some cars are a fantastic investment.

As time goes on and years go by, the average car’s value depreciates, unlike some specific models of cars which increase in value and become classics — largely driven by supply and demand. As the Porsche 911 is a low production, high performing car, it’s a highly sought-after motor and is considered worth investing in as the price has increased over the years. The value of the MGA A has surged 47 per cent over the last ten years, a nice addition to your pension.

People remember cars for years from their younger days, and when they have the money to afford them later in life, demand goes up. Key criterion to look out for when spotting future classics are style, desirability, and rarity. Cars featuring innovative tech also stand a good chance of rising in value.

When there’s a choice between investing your cash in a savings account or investing in a jaw-dropping classic car, we know what we’d rather choose. Not only do you get the chance to experience the thrill of driving the car of your dreams, it’ll pay you dividends in the future. Here, we take a look at which cars will be future classics and are worth investing in.

With production ending in 2016, concluding 68 years of manufacturing, the Land Rover Defender is tipped as a future classic. With Land Rover releasing three limited edition Defenders — Heritage, Adventure, and Autobiography — this trio could prove to be an investment. For example, the Heritage in the classic Grasmere Green was going for £30,900, preowned prices with low mileage going for figures closer to £45,000, and pristine vehicles edging nearer to £75,000.

With SUVs booming in popularity over the last decade across the world, interest in this iconic off-roader is peaking. Since the next generation of the Land Rover was released, this vehicle is perfect for those who don’t like change and desire the original predecessor.

The epitome of Aston Martin, the Vanquish, is the car from this British marque that ticks every box — the flagship of this manufacturer. Firstly, this model is an exemplary grand tourer with 12-cylinder engine and more than enough torque to propel you into your journey. A majestic and gentle silhouette encapsulates it as it darts through the air, the Aston Martin Vanquish was featured in the 2002 James Bond movie Die Another Day, with less than 1,100 produced.

In 2018, the price of a new Aston Martin increased by £16,000. With the value of cars from Aston Martin skyrocketing, some models are even doubling or tripling in price.

This is one of the most iconic supercars in the world — only 399 of these were produced, and not many are available for resale despite the fact that one of the earliest models will be over 10 years old. Inspired by Formula 1 technology, the advanced features and bodywork make it an incomparable model, accelerating from 0-60mph in a shocking 3.2 seconds.

An infusion of German and British engineering, the Mercedes McLaren is a collaborative grand tourer manufactured and sold from 2003 to 2010. A limited edition with 2,157 vehicles produced, this model was a tribute to the iconic Mercedes-Benz 300 SLR from the 1950s which dominated the 1955 World Sports Car Championship. A 5.4 litre supercharged V8 engine with 617 horsepower and 580lb-ft of torque, it could propel from 0-60mph in 3.4 seconds.

The Mercedes McLaren is more accessible on the preowned market, you could pick one up for £242,000, more than triple its original price of around £72,000.

So, there we have some future classics. If you’re looking to invest your money in a vehicle, research within your budget and put your money where your mouth is.

More stories from Alicia Walker and writers in Wheel and other communities.