by Lisa Rizkallah 10 days ago in humanity

We are often so keen on bettering our lives that we do not see the good right in front of us, and I may be the most guilty of such a sin. 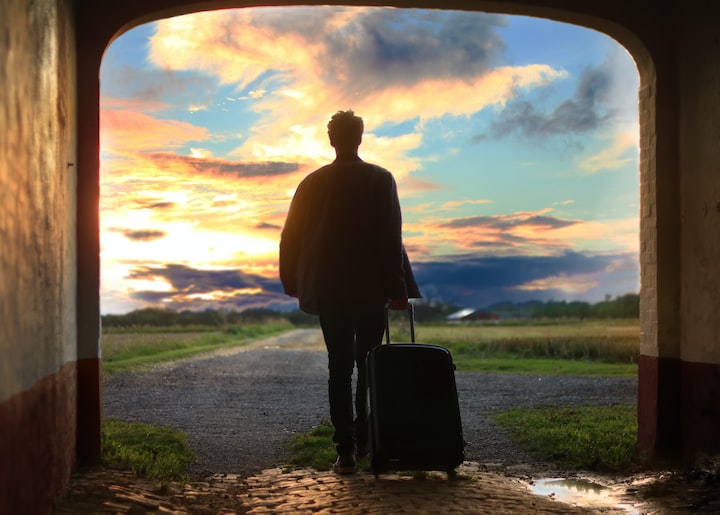 Photo by Mantas Hesthaven on Unsplash

I'm writing this because nobody said this to me before I left, I'm doing it for whoever is moving out of their home now to start a new life - a better life - and I hope I can do justice to inform you of what you'll be experiencing.

I've lived my whole life in Lebanon, and between the age of thirteen and twenty I was a fish out of water. I didn't have friends besides people I met online, either through Myspace, Facebook, MSN, AIM, Twitter, or even some online activism that I've done. Don't get me wrong, they are amazing people and through the years I got to see a lot of them in person to a point where they became more than just some online friends, they became family. I still wept, "I want to leave" and "I hate it here" were so common for me to say. I didn't enjoy what I had and often dismissed it. And as I got older, I lost some family members, and I reverted towards myself even more. I had no reason to visit family during weekends, I avoided holidays although there were plenty of other members I could be spending time with. And I wept!

Life just went on, I kept on hating Lebanon due to various reasons, but I was so busy with myself that I wasn't looking around me anymore. I was working for twelve or more hours a day; getting a day off or none at all, depends on the situation. And during summers, my "vacations" were simply concerts, parties, raves, beach days, and then once again work the next day.

From twenty to twenty eight, and it all went by so fast, and at twenty nine, quite frankly, things went to shit! The economical collapse became apparent in Lebanon, COVID-19 hit, and then the port explosion. A lot of people lost things in what happened, from family, to money, to jobs, to homes! And I personally went from having a steady job to having none and my savings became worthless. So I got up and thought I'd make my way to Canada - I am part Canadian anyway! I could make use of my citizenship, start from zero and make my dream of a stable/normal life true.

I did it, I moved three months ago and it's been amazing, although I arrived right before the second wave of COVID-19 and hadn't truly explored the area I'm in. But Montreal is a gorgeous city, filled with diversities of all kinds, people respect their differences quite beautifully as well.

So yeah, it is as amazing as I thought my life would be, but not quite. I took photos and videos, I walked, I roamed and explored as much as I could with the Pandemic happening. I found a job within a month of arriving and I began putting things back together. It is perfect, but not quite!

Within a couple of weeks of arriving, I began feeling sad. I'd contribute it to the change, to the weather, to various things in life but in reality I was alone! Sure, I have a few people in Montreal that I love, but for the first time in my thirty years of life, I began calling Lebanon home.

I wouldn't go back, please understand this, if you're planning on moving do not change your mind due to this article, I wrote it to inform you that it will not be easy but it is not impossible either.

As the month passed, I started going back to a work routine, and I was nervous as hell! Imagine going to a new job after being steady for eight years at one place that stopped feeling like a job after all that time. And after the first week there, the second lockdown began and I was back in a bedroom inside a three bedroom shared apartment working for seven hours and looking out the window at autumn gloomy Montreal.

This was when Nostalgia hit again, just as I hit the month and a half marker. I called friends, relatives, I began engaging more in conversation with people I often dismissed when I was in Lebanon. I began missing people I didn't think I'd miss, even the Lebanese pollution and traffic became something I felt nostalgic about, especially when I see Instagram stories from people stuck in traffic on their way to work daily.

Now at three months, I can assure you I may have had one breakdown a month if not more. But I came to the realization that I don't want to go back, I don't ever want to reverse the process back to working twelve hours, and being restless only to having it done for nothing. But I do miss the people, even the rude curious ones who stick their nose in everything, I miss it all!

Moving, you will miss everything, even the things you detest. That doesn't necessarily mean that you love these things and that you should go back, you've been in that routine for so long, sudden change is scary even if it is an anticipated one.

If you're planning on moving, by all means do it, explore and enjoy the adventures ahead of you, but do not give up when you're down. Call a friend, talk to people, you're not going to lose them to the distance, not if they're your chosen family and especially if they're your blood relatives.

But this is the one thing no one has ever said to me in order to prepare me for what's ahead, you will miss the ugly, but its a conditioning of what you're use to. You will miss the exhausting but that doesn't mean you crave it. And by all means, miss it all, feel your feelings, cry, be sad, but I assure you things are going to get better and you will see change and happiness in your horizons even if the climb's rough at first. Just look around you, learn from your past, don't be too engulfed, lift your eyes from the ground and turn your head left and right, what do you see?

Do this before you lose it for good and start crying about your new life as well!

"We are all in the gutter, but some of us are looking at the stars." - Oscar Wilde.

See all posts by Lisa Rizkallah →