My first few years in Canada

by Anshuman Kumar 4 months ago in humanity

Canada is a lovely country, but my first few years were challenging 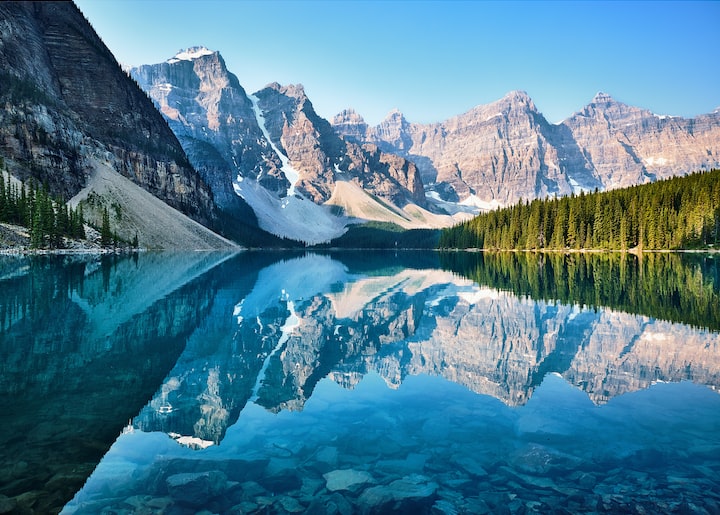 Photo by John Lee on Unsplash

I am 44 years old and I think I have lived a very good life so far. I was fortunate to live in a few countries and my last 26 years in Canada have been very nice. However, the first two or three years in Canada were difficult. For me, those years were my coming of age years.

In the summer of 1995, my family and I moved from India to Canada. In India we were living a comfortable life and my father had a great job. We lived in a nice city and my sister and I went to good schools. In the early 1990s India was going through a lot of changes and later things would get better economically. However, for a while there was a lot of unrest and many people were worried about the future. My father was very worried about my and my sister’s future in India. If we went to universities there, there was a good chance that we would get jobs. However, my father was more concerned about the quality of life and at that time he was not sure about the future. So, after discussing with the family, he made a decision that he wanted to immigrate to Canada. Fortunately, our immigration application was approved and we did immigrate to Canada.

Canada is a lovely country but I found the first few years quite difficult. Here are two major reasons why; these reasons also helped me come of age in my mind.

I could not convey my feelings to the girl I loved - The immigration process all happened so quickly. Before I knew it, my family and I were going to another country. At that time I was living in Dehradun, India. At a younger age for a few years I lived in Lucknow, which is another city. My grandparents lived there. One of my friends there, Meenakshi (I am changing her name), was a neighbour’s daughter and over the years we became good friends. In 1991 we moved to Dehradun. I recall she was sad to see me leave. In 1995 when we went to Lucknow before going to Canada we were there for a very short time. I thought of telling her my feelings but was so occupied in moving to Canada that I did not. It is still one of the biggest regrets of my life - not telling her in 1995.

In a few years when I returned to India for a visit in 2000, I did tell her. But by then it was too late. She did not reciprocate my feelings and mentioned that she liked someone else in another city. She also mentioned that I should have told her back in 1995 as then I had a better chance with her. She met the other guy as recently as a year ago when she visited her sister in another city.

At that time and as I returned to Canada, that heartbreak pained me a lot. I had to become emotionally mature all of a sudden. However, it helped me later when I got married in 2006 to my wife in India. My wife is a wonderful angel. She has been living with me in Canada since the last 14 years. The heartbreak that I suffered in 2000 has helped me in a sense that I am open with my feelings, don’t procrastinate and never take a person for granted.

Economically, I had to learn to adjust - there will be good times and bad times - Before coming to Canada we were living in India as an upper middle class family. We lived in a good house and money never seemed to be an issue. To an extent, I felt a little spoilt there. However, in Canada, the situation was different. We had to live in an apartment for the first few years and money did become an issue. My dad did not have the same type of great job that he had before. He was studying at a university and supported us very well. He discouraged my sister and I from working because he wanted us to fully focus on our studies. That did help us later as in 2001 I got a nice job and in 2004 my sister got a nice job. He too got some nice work but that happened years later and he had to work outside Canada for a while as well.

Since Canada is a wonderful country, even living with less money for the first few years was not overly problematic, but there were many times when I missed the economically better days of Dehradun. This all changed in 2001 and since then we have been better off financially in Canada than we were in India. I recall one small incident in my last year of high school in Canada. I liked going to the cafeteria and wanted to go there once a week or so. After two weeks or so, my younger sister told me at home, “Brother, if possible, don’t spend money at the cafeteria for the rest of this school year - I know that is like 10 more months, but please try! Our parents are working hard and saving and we need to support them. Let us save every penny that we can.”

I agreed with her. Her words that day reinforced the importance of saving and I did not go to the cafeteria again the balance of the school year and we were able to save some good money. To be honest, I felt the same way too. It is just that I needed a gentle push in the direction and my sister’s words just did that. It was difficult but over the coming years as a family we saved quite a bit.

The first few years in Canada really gave me a strong message - there will be bad times and there will be good times. I need to be ready for both. Since 2001 things have been much better for me and my family. The lessons learnt back then are always at the back of my mind. Now, when I have to face good times or bad times, I try my best to be sensible about both.

I love Canada. It has been my home for many years. In 1995 and the following few years, I had to come of age. For me, I will always remember that time as an inflection point. I will always remember life before 1995 and life after 1995. Coming to Canada was one of the biggest changes in my life. It has not always been easy, but in the long run I think it has been more than worth it.

Read next: The Running of the Bulls