Where we find ourselves 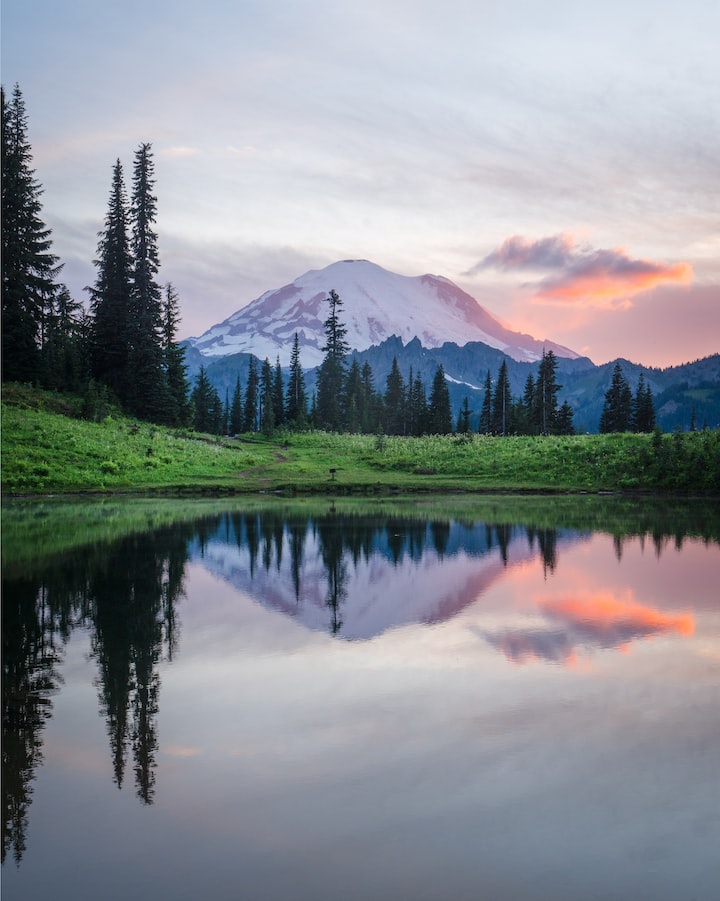 Photo by Intricate Explorer on Unsplash

We drove up the snowy, winding road towards the cozy A-frame cabin. We had been needing a vacation for a while and each had our own reasons to both, get away and be in the company of people we loved and trusted. Sara came from a dysfunctional family and had lived on her own since she was 18, but now at 30 she had lost her job and used her savings and this would be her last break before having to move back in with her family. After all of her hard work, she is struggling to accept that she will be right back where she started. Jamie received an unexpected promotion, tripling her already high salary and increasing her profile globally, this would be her last break before no longer being a “normal” person, she had always wanted this opportunity, but it was too high of a profile for a woman, so she had come to accept that she had hit the glass ceiling when the man who held the spot died suddenly of a heart attack while going on a hike, without much time to do a search, her company had to rely on her and fortunately they realized she was quite capable of doing the job. Finally, there was me; I lost my father earlier this year and have just felt unmoored by his passing. He wasn’t the best decisionmaker in life, but he always understood the battles my heart and brain were having with each other and would guide me in arbitrating which one I should listen to.

We told everyone we knew that we were going on a vacation, but the truth is that we were each going away to find ourselves and face ourselves. We knew that at most, we would share meals, but we would likely end up spending time meditating on the next chapters of our lives in ways that are particular to us. We had chosen this cabin because it was spartan and disconnected from technology. We could disconnect and force ourselves to experience the moment. We arrived and were pleasantly surprised, although it was spartan, it had everything we needed; a modern kitchen, a warm fireplace, a spotless bathroom, and very soft linens. It was the perfect place to drink hot chocolate, hear the crackling of the fireplace and say goodbye to our old selves.

After settling-in, we shared a glass of wine, some snacks and spent time remembering old stories of ourselves, like that time Jamie kept being passed up for a promotion so she crashed the CEO’s birthday party. She was so good, he didn’t even realize that she had not been invited, she would be promoted a few months later because her name “sounded” familiar to him; or that time I forgot my dance routine on stage so I just kept leaping until I could leap off the stage and no one noticed the very graceful exit.

This is why we loved each other so much, we took chances on ourselves and each other, we were also forgiving of each other; the night of that performance we laughed at my audacity, ability to make the best of an odd situation and we talked about better ways of handling that should it happen again in the future. The night Jamie crashed her boss’ birthday party, we had been on standby in case she would need to be bailed out of jail. Fortunately, everything went as planned and she returned home sans arrest. It is why we struggled with Sara’s path. She did the right thing, she reported her boss for sexually harassing her, but she would still be pressured out of the job and practically blacklisted in her field. As three hard-charging women, we were all we had and sometimes we paid dearly for being hard charging, this year it was Sara who was paying the price.

We each retired to our separate rooms. I would do stretches and try to loosen up my muscles, let my feelings flow freely through my body so they wouldn’t be trapped and unprocessed within my body. My task was to learn to settle arguments between my heart and my brain. Jamie brought her watercolors and she would slowly paint an image of the cabin while embracing her new future, and Sara would very thoughtfully eat her very rare truffles and soak herself in a brand-new bottle of perfume with the knowledge that it may take her years to find her way back to where she was before being sexually harassed.

By the end of the weekend that A-frame cabin served each one of us in exactly the way we needed it to. For years to come, this cabin would become the place we would turn to when we were lost and needed each other to find ourselves.

More stories from Shamaine Daniels and writers in Wander and other communities.