by Arun Prasad about a year ago in culture 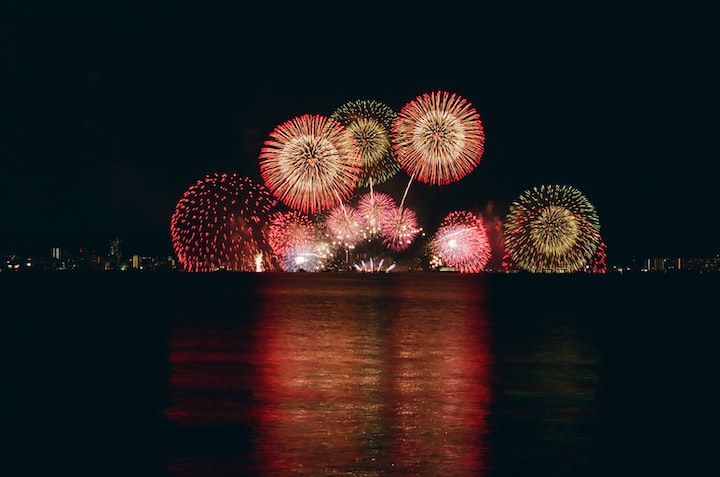 Photo by MIO ITO on Unsplash

From July to September during the Summer holidays, the sky of Japan is lit with hundreds and thousands of beautiful fireworks, known locally as "Hanabi" and commonly as ‘Fireworks’. It is one of the most important and beautiful festivals celebrated all around Japan with lots and lots of enjoyment and colorfulness, of course with lots of delicious Japanese food. This festival is equivalent to Cherry blossom event ‘Hanami’ which is celebrated during the spring season.

The word "Hanabi" comes from the two words Hana (means flower) and Bi (means Fire), describing the firework as "flowering fire" in the sky.

The First ever recorded Hanabi was during the mid-Edo period (1603 - 1868) around 1733 for honoring the fallen souls due to extreme poverty and sickness, and also to increase the morale of people. Over time, it became an annual festival during the summer holidays. This event is also believed to chase off evil spirits from the land.

Luckily, I was able to attend one of the Famous Hanabi’s of Japan in Nagaoka where I am currently pursuing my Masters. In September 2019, our Lab members and I attended a 2 hour long Hanabi event thanks to our Professor who purchased special tickets for all of our lab members to enjoy the Fireworks. During the event, I noticed various interesting things.

Before the start of the event, many carts with firework crates were being pulled by the people from their far-off towns towards the mountain in which the event was scheduled to be conducted. All along the way, the people sang, danced, and played musical instruments in front of each cart giving a playful vibration all around. There were many stalls along the path to the Hanabi Mountain, selling various kinds of Japanese foods and beverages to enjoy during the event. Vehicles were blocked 2 km before the venue and we had to walk the rest of the way with lots and lots of people around. While I was walking towards the mountain, I saw People unpack their tents and telescopes all along the way for more than 2kms.

After a long and fun 2- hours show, I was blown away not only by the magnificent show of Fireworks but, also the fact that not a single piece of garbage was seen in the festival location after everyone departed. Everything was swept clean by the visiting people themselves and there was not a single trace of a big festival having been conducted that night. I was very amazed by their discipline and dedication to keep their country clean.

After this event, my desire to stay in Japan and to learn the Japanese culture and to take part in many such events was strengthened further. I shall continue to share my experiences in Japan with you…

Receive stories by Arun Prasad in your feed
Arun Prasad
Read next: I'll Go to Amsterdam