Don't Pack All of Your Valuables In One Bag

It can be a recipe for disaster! 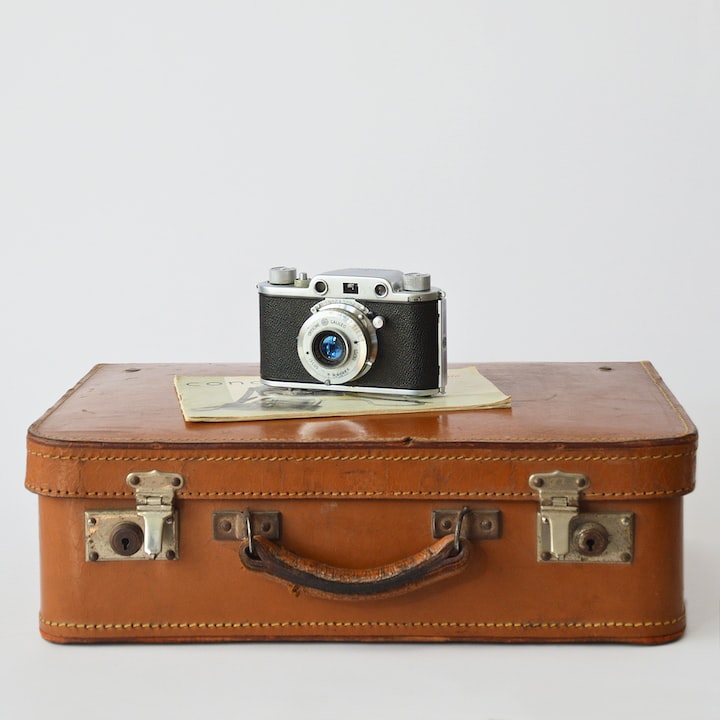 Photo by Emanuela Picone on Unsplash

The first time that I was in Costa Rica and Nicaragua, back in 2004, my cousin came down to visit my then-husband and I for a couple of weeks. At that time, we had rented a house in Nicaragua and were whiling away the winter south of Canada for 4 months.

My cousin wanted to also go down to visit Costa Rica, so we planned a road trip to go do some exploring. Once in the country, we rented a small SUV to carry us around to the sights. I think it was our second or third night away when disaster struck.

The area of Costa Rica that we were in was a real hotspot for petty theft. We were told constantly to lock vehicles and not to leave valuables in the car. Of course, my husband and I always had our important stuff with us, and I assumed that my cousin did as well.

He was in a strange mood that day. Something was bugging him, and my husband and I didn’t know what he was up to. We went out for dinner that night and he was super restless. Looking back, I wouldn’t be surprised if he had bought some drugs off the street, without us knowing. He really was acting strange. Suddenly, while we were waiting for our food to arrive, he decided that he wanted to shave in the restaurant bathroom

Trust me, I know. It was so weird and I was actually embarrassed to even be with him because of the way that he was behaving.

Anyways he got the keys and went out to the vehicle to get his razor. He came back (again my renewed perspective has me wondering if he was buying something outside), did his thing, we finished our meal, and headed out.

He was the first back to the vehicle, and when he opened the door he yelled, “Where is my backpack!?”

His backpack had been on the back seat, and it was now nowhere to be found.

“But I locked the doors!” I said. How could this be?

Then we remembered that my cousin had made his weird decision to come out to get his razor. He told us that he forgot to lock the door.

Well, the damage was done.

Thank god it was just his stuff that was stolen, or I might have been much more perturbed.

Well, let's just say that it wasn’t something I expected from a guy who spent 5 years traveling after he finished high school. He had lived in Scotland, London, and Australia, and had done a lot of traveling in between. One would think that he knew a thing or two about protecting his valuables.

However, his backpack contained the absolute epitome of what ONE BAG should NEVER contain while traveling.

If it was important, it was in THAT bag. Why the hell he even left it out there, I will never understand.

Of course, our fun and excitement were cut short after that. We had to head to the Canadian Embassy in San Jose and spent the next 2–3 days chasing around getting him all sorted out so that he could fly back home. I ended up lending him $700 so that he could get a replacement passport, and whatever else he required.

Now that some years have gotten between us and that incident, and I have gotten to know my cousin better in his adult life, I now realize that these sorts of incidents are normal for him.

He is always, losing or misplacing items.

Thankfully, I learned how to protect my valuables from a very young age when traveling with my parents. Those lessons must have paid off because, to this day, at the age of 45 years old, I have NEVER had anything stolen while traveling, and rarely lose anything either.

Geez, am I jinxing myself here? Hope not!

Chris and I make an excellent team when it comes to watching our stuff. We both know that the other one is watching what is going around us at all times, especially with regard to our things. It would be tough for somebody to pull one over on both of us.

In fact, he told me the other day that whenever I am digging for money in my wallet, and we are out in public, he is eagle eyeing everyone around us and has his fist cocked and ready. Just in case. He also studied martial arts in his 20s, so he knows a move or two.

I honestly feel pretty safe being with him!

The other day I was recalling the above story to him, and it made me start thinking about things that I have lost or misplaced. And in fact, as I recall, during the past 4+ years of full-time traveling, I have only left or misplaced 3 items.

Sweater In A Van

The first item was left behind only about the 3rd or 4th night into our new nomadic life. We were staying up in the mountain town of Monte Verde in Costa Rica. One of the interesting things to do there is to see the forest in the dark. They do night tours where you can see all the nocturnal animals come to life.

Thankfully they used red lighting, so it isn’t harsh on the critters, but I’m not sure if it is something that I would do again because of its impact on the animals that are just trying to go about their nighttime business.

Anyways, when we got back in the van to go back to our hotel, I remember it being hot and humid. I took my sweater off in the back seat, then I must have left it there. At least, that was the best I could come up with when I discovered it missing a few days later.

I’ve never been one to lose things, and I was pretty upset about this item. It was my favorite clothing item in Canada, and I had taken it because of that reason.

It seems that I was still being taught lessons about attachment to stuff. After selling all of our things for the previous 9 months, I was very used to letting things go.

Of course, I had no option but to also let this item go as well.

We rented a house just outside of Flores, Guatemala for 3 months back in 2018. Flores is a small island in Northern Guatemala, that sits on Lake Peten Itza. It is a central point to the Mayan Culture, and there are still legends that the lizard people live around the lake.

Our rented house was a 3-minute lancha (boat) ride from the island, across to a peninsula called San Miguel. After getting off the boat we would have to walk up the steep hill to get to our house.

One day we were on the island and were hanging out in a coffee shop that we frequented. It had a decent wifi signal, so we spent many days there sipping coffee and working on our online projects.

I had plugged in my iPhone at a wall plug in the restaurant. We weren’t sitting near it, but I kept my eye on it, of course.

At the end of our afternoon, we packed up all of our stuff and made our way back to San Miguel. We climbed the hill and huffing and puffing at the top, I gasped. “Where is my cell phone?” I looked at Chris wide-eyed.

“What did you do?” He demanded back.

“I guess I left it plugged in!”

He immediately let me into the house, then turned around and went straight back to the coffee shop to try and find it. In the meantime, I tried calling them on Chris’ phone, but the bridge between my Spanish and their English was too large. I finally said “okay, no problemo,” and hung up. I paced back and forth waiting for Chris to get back with good news.

THANKFULLY he found it right where I had left it, still charging.

Phew! That was certainly a lesson that will not ever be forgotten again!

You know, I wouldn’t mind leaving shampoo in a room, but this one was BRAND NEW, and it had taken me a week to even remember to purchase the new bottle. So while not a huge financial loss, it was mostly just annoying.

Hopefully, though, that will never happen again because I am experimenting with no shampoo right now. It has been about 3 weeks not having shampoo and my hair is not as gross as I thought it would be.

I have actually wanted to do this for quite a few years, but when I read a lady's article on Medium about doing it for a year, I decided to finally give it a go. I will keep you posted on the progress.

Thanks for joining me on this little story. I know many travelers are told not to put all of their valuables in one bag.

These sorts of instances are why I guess.

Are you someone who loses things? Have you had something stolen? Let me know what you are like. Maybe this can be a prompt for your own post if you feel like it:)