They won't get you anywhere! 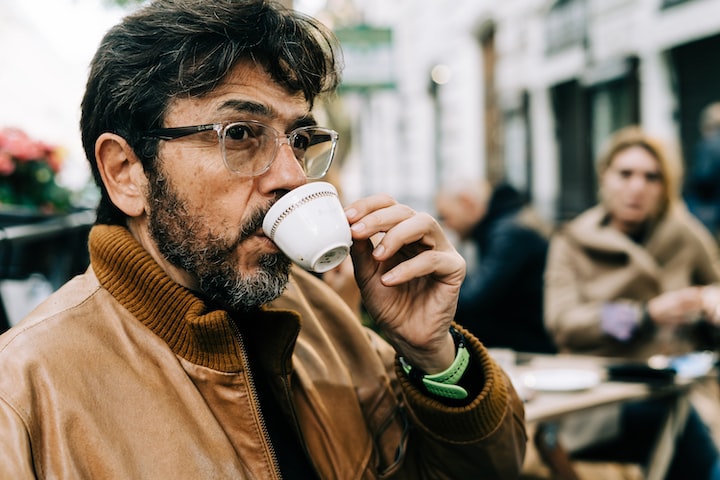 In 2015/16 we made a short stop in Italy over New Year to visit a friend of mine from Canada that had moved there a few years back.

We were on a 6-week trip to Bulgaria, Greece, and Italy. It was our first overseas journey together, and it turned out to be a bit of a testing ground to see if we traveled well together. Of course, we didn’t know that just about a year later we would be starting the process of selling all of our things to travel full-time

Having been in Italy for about 3 years already, my Canadian friend knew the ins and outs of the culture by then. While on a road trip one day to Florence, we pulled off at a roadside stop.

Now I should mention that the roadside stops in Italy are FANCY! They had a beautiful marketplace, high-end coffees, and 5-star restaurant dining. It sure beat the Canadian truck stops that are mostly just greasy spoon restaurants or fast food.

We were very impressed!

We all wanted to get just a quick snack and a coffee to take with us on the road. As we approached the counter space, we could see that there was a large mass of people. Jasmine told us, that when you get to the counter, you just shout your order to the lady.

Of course, she knew how we did things in Canada, but she had learned that being polite will get you nowhere.

For those that don’t know, in Canada, we are very orderly. We stand in lines and wait for our turns and one person is dealt with at a time. And heaven forbid you bud in front of somebody or don’t hold the door for the next person that is coming out of a store, restaurant, or coffee shop.

That is just plain rude!

No, Canadians are patient, polite, and respectful. Usually, those are good traits, but not in Italy!

So we are getting closer to the counter. The counter is a semi-circle around a single lady behind it that is taking orders. The wall of people is inching closer and closer as we slowly make our way forward.

Suddenly I am there, and she is looking at me.

My friend’s boyfriend was waiting longer than I was. Shouldn’t he be the one to order first?

Staring at her wide-eyed and crumbling under the pressure of it all, I pointed at him and said, “He was here first.”

“Argh! Don’t do that!” I heard Jasmine say behind me. “You are never going to get anywhere in this country!”

The lady behind the counter looked at me flabbergasted, then turned to our friend’s boyfriend and took his order.

My heart sunk. I had blown it!

My polite Canadian response had ruined everything, and the whole group of us was delayed now because it then took about 5 more minutes for the lady to trust me to ask me again what my order was.

It was a very quick lesson in impudence!

After 6 weeks in Europe, and dealing with this sort of scenario repeatedly, we were quite thrilled when we were catching our connecting flight from Paris back to Toronto on Air Canada. As we approached our gate, the plane was already boarding and a long lineup had formed.

It was calm and orderly, the way Canadian lineups are. This was confirmed by a lady who came up behind us and said, “Well, you can certainly tell that this lineup is full of Canadians. What a relief!”

Canadians are generally praised around the world for being nice and polite. Usually, it is a trait that gets us far, as people gravitate toward those qualities in us. But there are also many places in the world where being polite will get you metaphorically trampled and left behind.

I have other examples of this also. From purchasing train tickets in Vietnam and China to trying to get on buses in Africa, it is best to just join in the crowd and push and shove your way to wherever you need to get to.

Standing back and trying to be polite Canadians just simply does not work!