What's Not to Love About Being A Woman?

by Miya Scheid about a month ago in feminism

A tired teen's rant about sexism 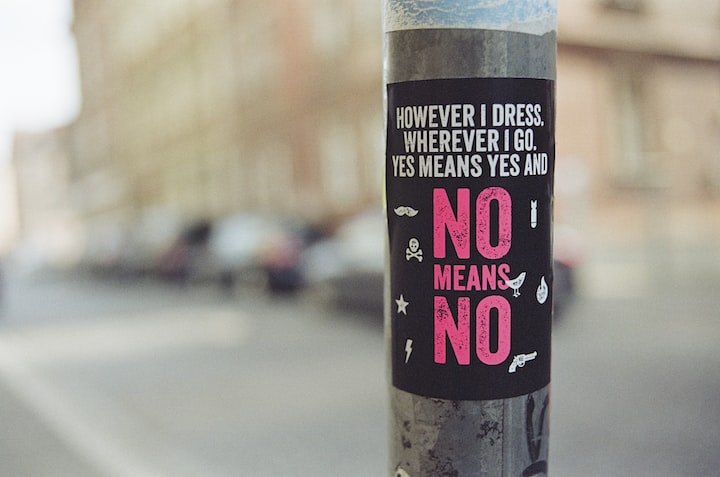 “What’s not to love about being a woman?”

How about the unwanted attention we get from just wearing clothes that “show off too much skin”? Or the never ending judgement from a society that seems like it has a little too much to say about how women should present themselves. Or how about the fact that many women feel unsafe walking by themselves (any time of day) but especially at night. Or when men think they need to explain every little thing to us just because we’re women and “we wouldn’t know these types of things”.

As a woman who taught herself how to change own car tires when she was fourteen, I absolutely despise when men feel like they have to mansplain something “I don’t know” to me. Or worse… when they mansplain something I’ve known about / dealt with since I was very young. I’ve had a man tell me that my period cramps “couldn’t be that bad” and that I should “suck it up” because it couldn’t possibly be as bad as being kicked in the balls.

… Yeah, even while bedridden for a week with cramps I was told that I should suck it up.

Well, according to globalcitizen.org doctors have finally acknowledged that period cramps can be as bad as or worse than heart attacks. Which is great, but what I hate is that it took a man to confirm this fact for other men to start to take it seriously.

Not only have men tried to explain my own problems to me, but they have also made disrespectful remarks about the role of women in the world right to my face. I don’t know about others, but I find it very disturbing that many men in my generation still believe that women are nothing more than just pretty “things” to have around, like a trophy, and that we don’t have any other place than standing silently by a man’s side, or to be in the kitchen cooking and cleaning. I knew from a very young age that if I were to marry in the future I would be treated as an equal by my partner or I wouldn’t marry at all. I have too much on my mind, and I have seen and learned too much from this society we’re living in, to sit still and stay quiet. I’d rather say what’s on my mind and be condemned for it by men than to have kept quiet and not have said anything at all.

Just recently I quit my job in retail. And I’m sure many other women know what I’m talking about when I say that men can be absolutely disgusting to women who work in customer service. Not only would they harass my coworkers and I, but they also would refuse to stop their disrespectful behavior until another man came to “calm things down”. I know that customer service workers are already often treated with disrespect but why is it that some men will not stop until another man thinks that something is disrespectful? I’m absolutely positive that I’m not the only woman that is done being treated as something less than just because of my gender.

And I’m sure some people will read my work or hear what I have to say and assume that I’m implying that women are more valuable / important / should be treated with more respect than men. But that is not what I am saying at all. I am simply a woman who is ranting about her experiences growing up, hoping that someone will relate, and hoping that if someone cannot relate… they will at least understand a little bit more of how incredibly annoying and unfair our current society is. And hopefully help change our society so the future generations have a better and more equal world to call home.

Receive stories by Miya Scheid in your feed
Miya Scheid
Read next: The War of Women vs Men