by Katrin with Love 2 months ago in product review

Pissed off and in pain.

That’s the slogan of the PMS chronicles.

Have you found yourself debilitated by the pain of pre-menstrual cramps? Unable to go about your day as you planned, because your body is just not co-operating?

This lack of co-operation once a month can be quite frustrating, especially when your body is ALSO giving you a hard time with vaginismus!

Pre-menstrual cramps can be pretty intense.

But aside from cramps, there are those symptoms that sneak up on you and try to cut your legs out from under you…

Some months, I find myself be unexplainably moody in two or three days prior to my period.

For me, that would mean having a really Downer Daisy attitude about things. I would try to appear to be proactive in my day, but my internal dialogue would be running depressive thoughts on replay… Coupled with frequent reminders to eat food.

And sometimes, that sadness would flat out escape my mind and make an appearance out in the real world.

And man, would people be confused!

They would naturally react somehow…

And their reactions of trying to comfort me would be too much, or not enough, and I would lash out in sadness or anger again.

And so begins a re-run of last month’s Downer Daisy fiasco.

It’s not easy controlling your emotions and way of being in the world when your hormones are going wacko and you’re just not quite yourself.

But it all starts with an awareness of your symptoms and a willingness to manage them.

Imagine how much pain, sadness, anger, and arguments with the people you love can be avoided if PMS wasn’t ruining three days of each month!

It has taken me a while to become aware of my symptoms of PMS.

Now, I’m a few steps closer to managing and controlling THEM instead of the other way around.

Because THIS explanation of my moodiness…

Has never really worked to shield me from the consequences of my actions, or doing damage control for the feelings that I’ve hurt.

It’s the combination of symptoms that some women suffer from a week or so before their period. Symptoms appear before the period starts and tend to go away during your period.

I tried the PMS* Rescue Cream designed to soothe symptoms of PMS, menstruation, menopause and other hormonal imbalances. 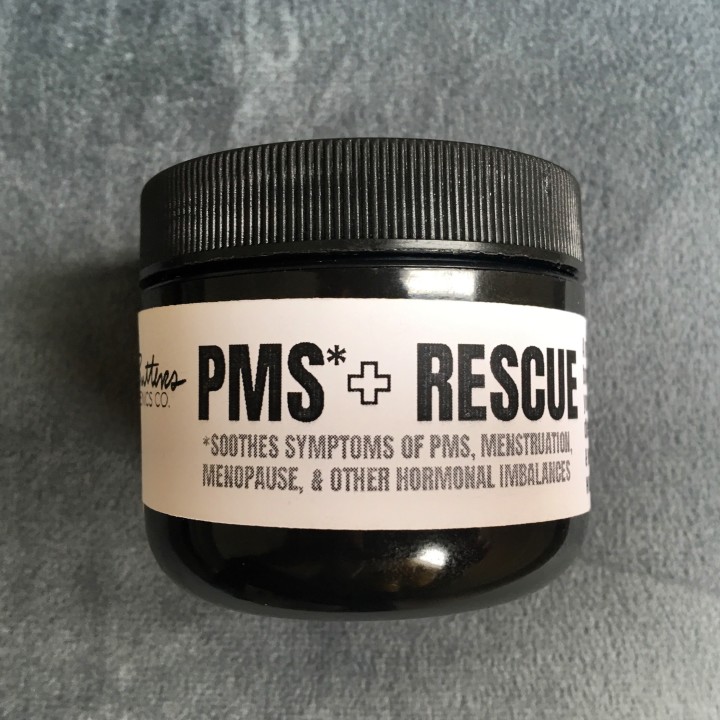 It is to be applied over the belly, legs and lower back, like you would any body lotion. The instructions note that it’s more effective when used with a heating bag.

The first time I applied the PMS* Rescue Cream when I had cramps in my stomach area, I felt a soothing, warm sensation in less than a minute.

I don’t typically have really tense, curl-up-in-bed-all-day kind of cramps. Mine are pretty mild, but enough to be uncomfortable, with the occasional appearance of really sharp pain in my lower abdomen.

After I applied it on my lower belly and back and the soothing sensation kicked in, it literally felt like my womb was thanking me for taking care of it.

I finally showed my body some love during my period, so it returned it right back with a wave of warmth that helped dissolve away the discomfort that I felt.

Quite a few times after applying the PMS* Rescue Cream, I went about my day only to later realize that I wasn’t in pain anymore.

Naturally, I started looking forward to applying it and forgetting about my cramps.

I also enjoyed the aroma of the PMS* Rescue Cream—it smelled of a pleasant combination of lemongrass and peppermint.

One thing I didn’t like is that it created a bit of stickiness texture wherever I applied it. It didn’t get absorbed into the skin 100%, so my skin in those areas remained a little sticky to the touch.

The PMS* Rescue Cream was definitely more liquid-y than I expected. I think this helped me avoid over-applying it and wasting it, which was great since even a small amount had a significant effect!

Overall, in the three months that I used it, I noticed a huge relief in cramps and pain in the belly, lower back and pelvic floor region. 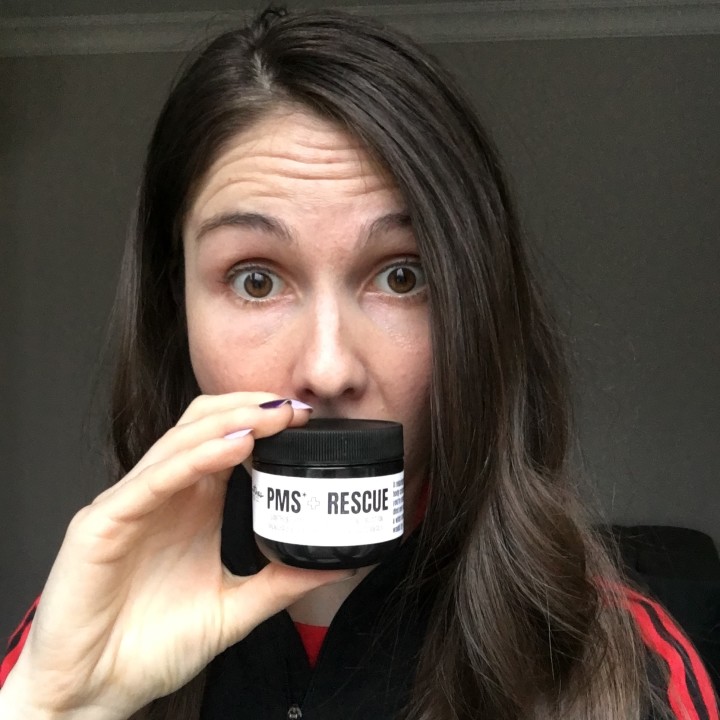 I didn’t notice a significant improvement in my sadness though, or the whirlpool of emotions that I typically experience a few days prior to the start of my period.

Sometimes, this still rings true for me:

As I keep using it, I hope that it helps with balancing my hormones and has a positive long-term effect on my moodiness symptoms!

The ingredients of the PMS* Rescue Cream are…

I read up on the benefits of a few of the main ingredients and found that:

Shea butter nourishes and moisturizes the skin and helps protect its natural oils.

Evening primrose can help treat hormone/endocrine imbalances thanks to its high concentration of gamma-linolenic acid (GLA). Aside from PMS, this can positively impact acne, symptoms of menopause and polycystic ovarian syndrome (PCOS).

Peppermint is also used topically to help with headaches, muscle aches and itching, to name a few.

I noticed two ingredients that don’t seem to be natural though!

One is guar gum which is used as a thickening agent in lotions and creams. And the other is tween 80 which is an emulsifier often used in cosmetics to help keep unlike ingredients (such as oil and water) from separating.

I’d say for me the value you get in the form of relief and comfort is SO worth the price!

After the three months I used it, I still have 80% of the cream remaining!

Seem like a good value for your money, doesn’t it?

So, what did you think?

What have your experiences with PMS been like? Do you get cramps, or ride the emotional rollercoaster? How does that affect the state of your pelvic floor?

Please comment below with your story, thoughts, questions or objections about anything I shared!

Also, I want to congratulate you for committing to managing your PMS symptoms by doing your research and reading this, all while also on the vaginismus healing journey !

Starting is the hardest step and that means you’re well on your path to healing! Celebrate that fact today!

If you haven’t gotten your hands on this goodie yet, get “11 Tips From Real Women: How They Overcame Vaginismus With More Ease And Less Pain” now. 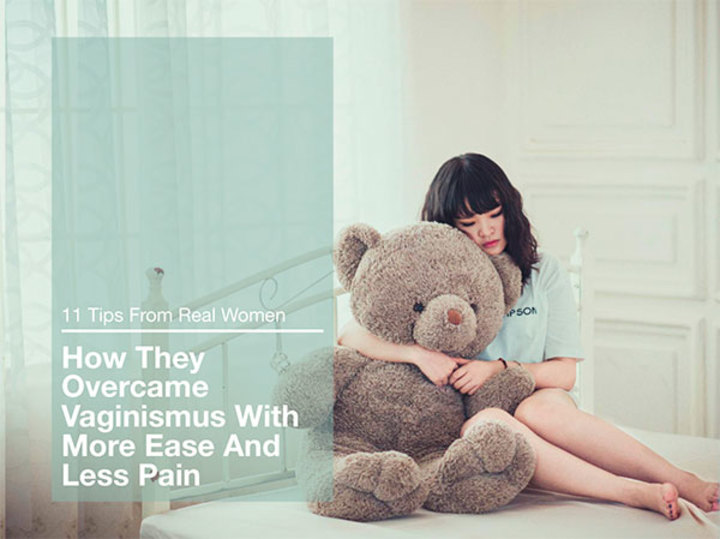 And get my book for FREE now (just pay shipping so I can get it delivered to your door)!

To your happy period!

What if intercourse no longer meant pain but screamed pleasure? What you felt happy and complete again?

I beat vaginismus and I want to share the recipe to success with you. Go to katrinwithlove.com.

See all posts by Katrin with Love →