by Kay Husnick 4 months ago in relationships 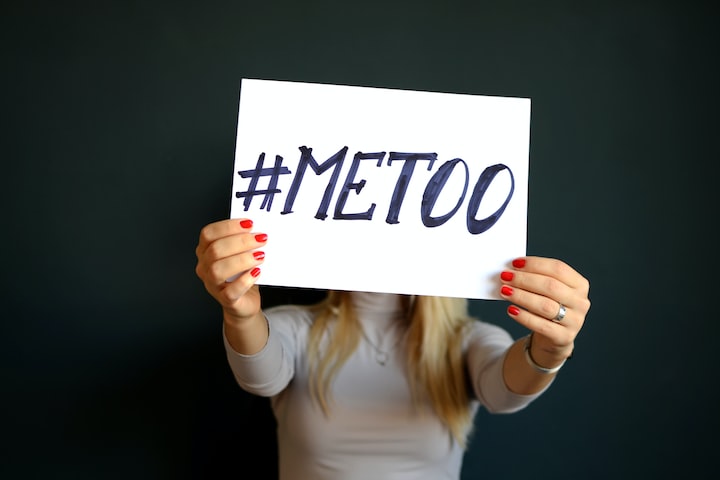 Photo by Mihai Surdu on Unsplash

A kiss used to mean something to me. This time last year, I had only ever kissed three people.

I say I kissed them because I was a happy, active participant. I can't count the men who have kissed me that way anymore, and while that slight change in language could probably be easily overlooked, that realization hurts me more than I can explain.

I've been thinking about this since October. Processing these things isn't easy. I'm still not sure it even counts as sexual assault, but I understand now why the phrase "stole a kiss" has always bothered me. It sounds different once someone has stolen one from you.

Since the end of October 2019, I have had nightmares. I've written about them before, but I've never explained outright. I haven't known how.

A boy I had liked knew I was drunk and talked me into seeing him anyway. We walked downtown and talked for a while. He lent me his jacket and invited me to his apartment to watch Goosebumps, but he didn't tell me someone was crashing on his couch until we got there. So we watched it in his room. I remember every detail like it just happened.

I remember him telling me to feel a blanket on his bed. I remember him talking about it being the softest blanket ever and insisting we share it. He put it over me after putting it over himself and moved his feet against mine. He put his arm around me and pulled me close, but I sat up quickly needing to throw up. He held my hair back even though I was trying to pull it up. He kept a hand on the back of my neck.

He got me water and a stick of spearmint gum. I remember thinking that was nice of him, but I felt weird when he decided to chew a piece too. It couldn't have even been two minutes after I threw up before he tried to kiss me. At first, I kissed back out of shock.

"I don't want your tongue in my mouth," I remember saying. "I just threw up."

We laid there in silence, and my thoughts were too hard to grasp. It felt wrong. Eventually, I managed to ask him why he kissed me. He admitted he had realized he did like me back. I threw up two more times. He walked me home in the morning. The next day, he took what he said back. I wasn't surprised, and I thought at first that what I was feeling about that night was just sadness because he changed his mind.

I don't know what to call it. But I still have flashbacks some nights and cry while my cat tries to calm me down. I can still feel his hands on my body while I try to sleep like a ghost is touching me from time to time. That was every night for months. I stopped going to class. I barely did my job. I had anxiety attacks every time I saw him, and I couldn't even say his first name anymore. He became his initials, or with some of my friends who were angrier for me, 'Trashbucket.'

Behind my back, he insulted me. I heard about him twisting around our conversations to make me the bad guy. This happened before that night too. His reputation for gaslighting women wasn't new.

He complained that I "made faces" when I saw him. I had to quit one of my jobs when he started working there because I couldn't handle the idea of running into him, and he accused me of stalking him anyway.

I've had a lot of time to think since I moved home for the pandemic. I've felt a little safer knowing he's nowhere nearby, but I realized a pattern I hadn't seen before. There were red flags I didn't catch before it got this bad.

There were red flags in the abuse I endured before him, too. My ex-boyfriend who assaulted me more aggressively a little over a year ago, an event I still don't know how to talk about. I freeze when I try to, just like I did that night. The guy before him, my first kiss, who emotionally abused me for years and occasionally abused me physically as well. I have never had a healthy relationship in my life. Even former friends took advantage of me until I asked for basic levels of respect, and I still ended up apologizing when they decided I didn't deserve that much.

I feel so much guilt for letting myself get into these situations. That night in October, I should have stayed home. That day when I saw him walking and laughing with my now-former best friend, I should have walked to class a different way after grabbing my coffee instead of risking passing him walking home. I think these things or thoughts like them every day.

It's been difficult adjusting to my new relationship in a way I never could have imagined. I'm so used to putting in constant emotional labor and going out of my way to see others happy without getting similar effort in return, but my boyfriend doesn't get annoyed when I talk. He doesn't get mad if I say I don't like something. He holds me when I cry and reminds me that what I'm feeling is valid. He explains that the things I'm habitually scared of, like asking for help or communicating that something upset me, are not just okay, but encouraged. He insists he's not nice enough when I thank him for being the kindest person I've ever known.

I always knew my past relationships were bad, but I never realized how bad they really were. I didn't know what someone treating me with kindness and respect looked like, so I couldn't compare it before.

I still shy away from any touch that feels too familiar, but I'm healing. I'm finally starting to understand things I've endured that once felt too impossible to ever process. I'm accepting that I'll always have bad days, but I don't have to let it continue to tear my life apart.

I'm starting to understand that other people's actions, their decisions to cross my boundaries or take advantage of my kindness, are not my fault. Trusting people who have pretended to care about me is not something I did wrong, and I won't let myself become convinced of that again.