by Linda Rivenbark 15 days ago in travel
Report Story

Or the Wanderer Whose Home Goes With Her 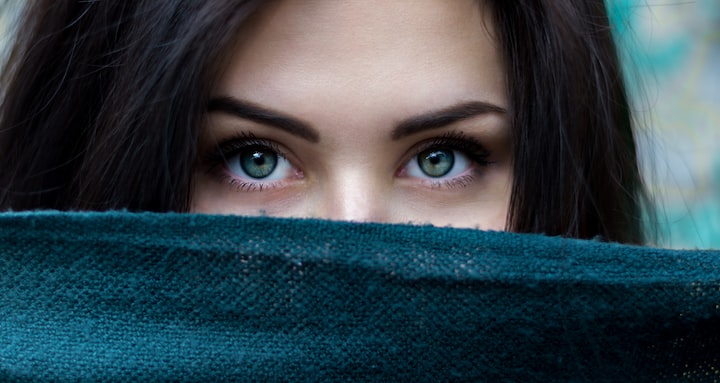 "Never make your home in a place. Make a home for yourself inside your own head. You'll find what you need to furnish it - memory, friends you can trust, love of learning, and other such things. That way it will go with you wherever you journey" . - Tad Williams

Makenna knew better than most people how to be at home wherever she might be. Chasing after luxury, heck, even chasing after security had netted her zero. Her dream of having a place of her own had led to an endless succession of different temporary domiciles.

Some days she was not at all sure what she had been put into this world to learn.

Did she need to learn how to be more patient and compassionate? Many life lessons had been applied in that direction, and she felt she had passed the test. Still, the lessons kept coming until frustration nearly overtook her; but wait, isn't that what the patience was all about?

Compassion came naturally for Makenna. Beyond compassion, she was blessed (or cursed) with an incredible supply of empathy. The sight of a homeless person always broke her heart. While many other misfortunes caused great suffering in the human experience, seeing people without the most basic, primal human need as a home was almost more than she could abide.

Finally, Makenna had made a hard decision to take what little money she had saved and move to a place where the cost of living was a little lower and the climate was fairly mild and steady year round. She would be alone with no one to turn to, at least at first. She reasoned that as long as there were people around her, it was likely she would build new friendships and put down new roots.

Spring had begun to inject new life into the cold, frozen ground of winter. Like a master artist with an infinite color scheme and exquisite creative potential, spring's warmer air, gentle breezes, and misty rainfall had awakened a beauty in all of nature that defied description.

Two weeks ago, Makenna had begun the task of sorting through all her earthly possessions and narrowing down what she would keep based on what would fit into one large suitcase and one carry-on bag for the train.

Simplicity would be her keyword going forward.

But going forward...where? She had no answer to that question, yet.

The only answer she had was that she was going to a new place and making the trip by train.

The best way to travel, thought Makenna, would be by train. She had never booked a flight before and didn't care to start now. Besides, traveling on a train would allow her to see more of the scenery through several hundreds of miles in route to her destination.

The sorting through and disposing of years of memories, souvenirs, and relics of the past had been an exhausting task for Makenna; but throughout the process, she dreamed of seeing new places and experiencing a new way of life.

A date had been set, the one-way ticket to her new destination had been ordered and received by mail, and the bags were packed with the basic necessities for someone cutting ties with the past and reaching out to the future with both hands.

Excitement kept her awake most of the night before her scheduled departure. She reviewed a mental list of all the chores she had taken care of and hoped she had not missed anything.

Morning came quickly and Makenna called a cab to take her to the local train station just after sun up. An incredible feeling of freedom engulfed her as she paid the cab driver and stepped out of the cab, taking the first steps toward the train station terminal and her new life.

She had done everything she needed to, she hoped. There was nothing left but to check in at the terminal gate and find out what time her train was expected and when she needed to be in line to board.

The conductor announced that Engine #716 would be departing the terminal in exactly one hour and ten minutes. Makenna looked at her watch. It was 7:20 a.m. The train, according to the conductor, was due to pull into the station in about fifteen minutes. She could wait in the passenger area in one of the comfortable chairs where several people already sat waiting.

With an 8:30 departure time, she was told that she could board the train as soon as the in-coming passengers disembarked.

Makenna chose a seat near a window where the morning sun light was streaming in and making a bright yellow glow on the polished white linoleum floor. Both her bags were placed on the floor next to her.

She started to open her smaller bag and get a book to read while waiting, but her eyes were feeling scratchy from her short night's sleep. She decided it might be better to just close her eyes for a few minutes and listen for the conductor to announce the arrival of Engine #716.

Turning in her seat so she could lean against the contoured gray back of the bench, she closed her eyes and listened for the announcement. She began to pick up on the sounds of other passengers moving around with their larger bags, discussing train departures with the ticket taker at the desk, and the loud speaker announcements of newly arrived or departed trains.

The sounds began to fade out as Makenna's eyes closed tighter and her tired muscles began to relax. She told herself not to go to sleep and lifted her wrist in front of her face to set a digital alarm...just in case.

Trying subconsciously to listen for the watch's alarm beeps, Makenna waited for time to catch her appointed train.

Suddenly...Makenna awoke to the sound of people bustling around, trying to maintain their balance. She was sitting in a seat very much like the one in the train station, except this one was on a train that was careening down a track at what felt like the speed of light.

Startled and confused, she tried to take in her surroundings and fight off the panic that engulfed her as the swaying of the train told her she was in real danger.

How did she get here? She was waiting to catch a train, yes...but a specific train. The train she had bought a ticket for was Engine #716. And where were her bags? She had them right beside her when she dozed off...now they were nowhere to be seen.

Glancing down on the seat beside her, Makenna found a flyer...an advertisement, you might say. The message on it was written in white font on a black background.

The message read: "Welcome to the Black Mountain Express! The last chair you sat on in a train station was a secret portal to the greatest adventure of your life! You are here because you have been searching for the place you will call home.

We have good news. You get to choose your adventure and it can be in any place and time. You can take all the time you need to create your ideal home, make changes, try it out through holographic sessions, and save the features you want to remain as part of your final package.

How do you design your life package? Simply by thinking it out. Instead of using an artist's brush or a writer's pen, you create directly from your innermost thoughts. Take your time and have fun. You have been given a special gift.

When you thoroughly love what you see as you play out the full design in holograph programs, you can seal it by saying aloud, "This is my life, these are my choices, and I am ready to accept it. No changes can be made. This is what I have been looking for...a chance to design my own life and be master of my own fate. I know what is best for me and I will show the world what a fantastic life designer I am".

Beware of one thing, though. The two words, "No Changes". It will be your life made to order, the fulfillment of your wildest dreams. How could it be less than perfect for you?

If the code to seal the deal (No Changes) is not agreeable to you, close your eyes and you will be rapidly transported back to the train station you were in previous to arriving here.

It might be a let down to forego the dream that we have shown you, to go back to the train station and continue where you left off.

All the problems you had before will be right there waiting for you. But one thing might make it worth it all. You can start at Square 1 and make small changes every day to help you identify and access the life you want and the place you will call home.

The next week, month, year, and decade, you can continue to make changes...large and small, messy and masterful changes. One day you will wake up and look around you. You will recognize the place you are in...it will be HOME!

It would take time...but after all, 'time is the stuff life is made of'.

With a renewed sense of adventure and anticipation for the many changes ahead of her, Makenna smiled and closed her eyes.

When she opened them, she was back in the train station and the conductor was calling out: "Engine #716 now arriving at Gate 10. Passengers, please go to Gate 10 at this time."

With a new spring in her step and hope surging in her mind and heart, Makenna carried her bags over to Gate 10 to begin her great adventure!

More stories from Linda Rivenbark and writers in Viva and other communities.