Letter to My Rapist

KO
by Kadrian Oliver 12 months ago in body

and why I choose to “stay silent” 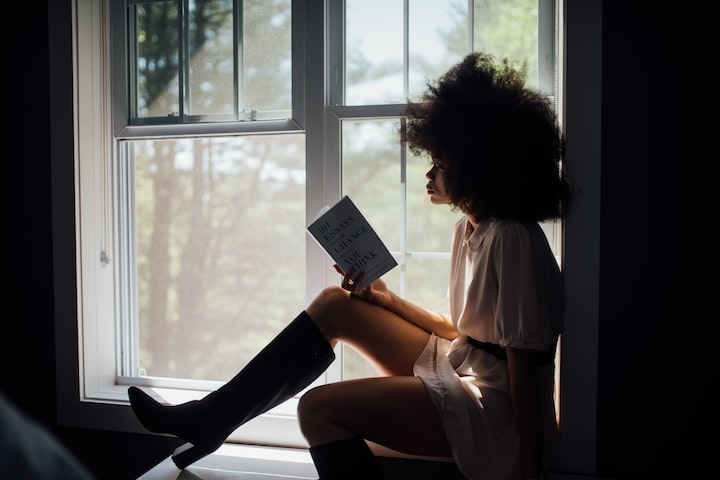 You’re a rapist but I’m stupid and weak so it’s my fault. You raped me [says name].

Everything is different now. I don’t get excited when you call me. I don’t feel like keeping you in my house when you come by. I am in a trance of bracing myself and being defensive towards anything and anyone.

I’m not going to do anything about it because I know how this society treats rape victims and I don’t want any more conflict so don’t worry.

But I know it’s rape and I can’t believe it happened to me.

I threw your car keys into a ditch when you weren’t looking. I told you I didn’t have the keys and went back home to go lay down and die. Heartache and drama are exhausting..

You felt that justified breaking into my home. It took time but you managed to get in. I stayed quiet, listening.

After you broke in you came into my room and sat down in my chair. I was laying on the floor curled up in a ball with a pillow over my head because I was traumatized and scared.

Were you anything but angry, disrespected, inconvenienced, bothered?

I was falling asleep and so were you in my chair. I had threatened to call the police. Took voice recordings of the entire conversation that day, but I knew I couldn’t do anything because well, Black Lives Matter. And it’s a domestic matter so our safety and wellbeing would not be taken seriously.

Instead of ensuring safety and providing support, our police and justice system focus on punishing offenders which does nothing to heal whatever damage may have been caused to people who are not vindictive, just wanting someone to pay.

I am not vindictive. I don’t want involve a life threatening force to dictate how we interact through their lenses of “crime and punishment”.

Do they? Does my life matter to you?

When you laid down next to me I flinched. I was scared. Earlier, I threatened to set you on fire. What would be your response? You had hit me in my face, yanked at my jaw and pulled at my skin to pick me up out of your car and dumped me on concrete and dirt. I threw your keys in a ditch.

What would you do next? You broke in my house in a rage so I was expecting something utterly violent...

Now you were laying next to me and I couldn’t move so I would have to face whatever happened or simply disconnect. I chose to disconnect and continued to fall asleep. When I woke up you were touching me and my mind began to race to try to explain to me what was happening. In less than a millisecond I had justified what was happening to stop from panicking.

This is your ex you guys do this all the time.

He isn’t angry any more he just wants to make you feel good.

I was a machine functioning the way it was made to function. It wasn’t I want to have sex and this guy is super hot and I’m turned on. But it was that way for you. You even told me you had sex with me because you wanted to. You told me you weren’t even thinking about how I would feel. You didn’t care how I would feel so whether or not I consented implicity or explicitly didn’t matter. (There goes that word again. #BLM)

I Attracted This to Myself

And yet I feel like I let myself down. I know I am not to blame for being raped. But I still am brainwashed, beating myself up for attracting this to myself. Law of attraction is not a vehicle of victim blaming.

Contrary to what people may think, LOA is a tool that we can use to de victimize our selves. To change ourselves so much to the point where our old self disappears like Moses disappeared in the Bible.

LOA doesn’t justify wrong doings, crimes, or any acts of violence. Yet people will still try to say that we as Black people attracted slavery and racism to ourselves. And while that is collectively true, it doesn’t deny or justify the violence and gruesome cruelty White Americans subjected us to during slavery. Slavery had never been so massively violent before American slavery. It is wrong.

It’s taken me 3 hours to process this because I’ve been working non stop ever since it happened. Today I am free to think on and feel this trauma to the fullest. I just hope I make it out alive.