by Crystalline Phoenix 28 days ago in relationships

From the Memoirs of C. Phoenix 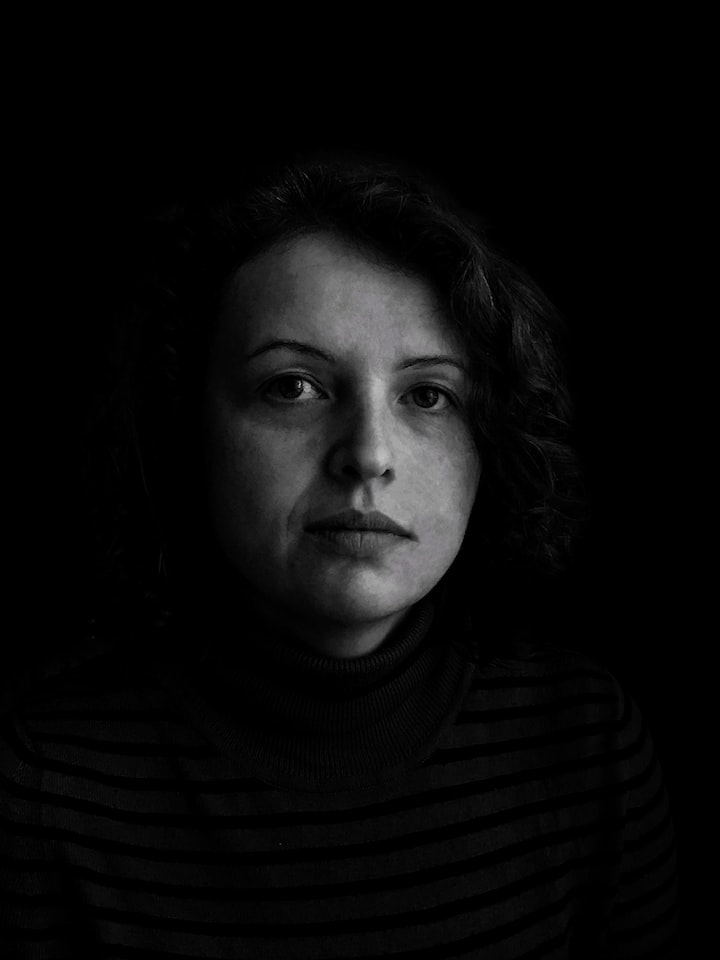 Photo by ilya mondryk on Unsplash

That night nov 18, 2017, I was sleeping when “Mr. Walking Hard On” needed to get laid. I must’ve not been cooperative as balled fists filled with who knows what emotion came flying at my face as a my wake up call.

“Go fuck him. Give him your pussy.”  The only thing I hear as his fists land one after the other on my face.

He kept landing them.

I get up, grab the keys and go to the car. My face hurts. I get in and I’m hit with a chill because it’s fucking cold outside at 3 in the morning in November. On some level he was confident enough in knowing that I wouldn’t leave. He was right.

I grab a black & mild from the ash tray. I pull down the passenger side visor and open the mirror. The light turns on. My right eye is already swollen shut and the surrounding skin has split right underneath it from the instant swelling.

I go back inside and turn on the bedroom light. He’s looking right at me.

“Look at what you did. What the fuck is wrong with you? Look at my face!! What am I going to do now? I can't go to work like this!”

He stares at me with a blank look on his face. He's not the least bit worried. It’s Wednesday morning and his court ordered domestic violence class is every Wednesday night for a year. This is his third class. He stares at me.

He motions for me to come lay next to him.

I crawl in bed into his arms.

“ What the fuck am I going to do now, I don’t want to lose you.” quickly he replied  “What do you mean?”

Me,- “As soon as someone sees this, your going to jail!”

He stares at me. We fall asleep.

7:00am and I wake up, I go to the bathroom and take a picture and send it to my bosses. “ Last night my boyfriends ex wife attacked me with a rock. We called the police and she’s in jail. I’m going to the hospital to be examined then to court to file an injunction against harassment. If I make it out of court in time, I will come in. I’ll keep you informed.  Immediately the replies started coming in, with condolences from everyone at work. I’m ashamed.

Thanksgiving was less than a week away. I waited a couple days before lying to my family. In a family group chat. I sent a picture claiming one of our mental health patients was the cause. I could tell they didn’t believe me.

Week 2…. again it’s Wednesday and I’m sitting in the parking lot. The sun went down about an hour ago so street lights are on. It’s the end of November, the temperature is cooler than normal Phoenix temp. There’s a random dog barking in the distance while the yellow glow from the parking lot lights shine in the car.

Positive Changes Institute. The knots on the back of my head don’t feel very positive.  I didn’t have my ibuprofen in my purse so I had to bare through the pain all day at work. As soon as he dropped me off, I received a text message from him… “I’m sorry”.

I woke up at 4:00am to use the bathroom. He was sitting at the edge of the bed going through my purse. It wasn’t unusual for him to go through my purse. I kept things in there like Tylenol, antacids or gum. I asked him what he was looking for on my way out of the bedroom door as I headed to pee, with the intention of helping him out. No response. On my return I noticed he was still going through it so I asked him again, “what are you looking for baby?” He quickly snapped back, “None of your fucking business dumb bitch.” I sat on the bed, shocked for a minute. My jaw dropped then I said, ”you don’t need to talk to me like I’m a piece of shit” Mistake of the day! He turned around and hopped on the bed so fast. His feet were planted on the bed so now he was standing on it. I knew what was coming. Immediately I went into the fetal position and I blocked my face behind my arms and buried it in the pillows and blankets on the bed. He’s not fucking up my face this time. Five blows to the back of my head when I decided to wrap my hands behind my head at some lame attempt to soften the painful blows. A few more blows. I grunted loudly from the pain.

I went to the closet and pulled out a sweater. I put it on. I looked for my slippers for a second until I remembered they were in the bathroom. I had left them in there when I showered before bed. I grabbed the car keys. Walked out of the room, went to the bathroom for my slippers. My favorite slippers, cute furry ones with plastic solid soles. I went to the car, grabbed a cigar from the ash tray and smoked while I sobbed. My fucking head hurts. My right index finger is already swelling.

Smoked and sobbed. All I could think about was work. I gotta work in a few hours. Better get back to sleep. I went back inside and lied down. At least an hour passed before I fell asleep. Like clockwork, my alarm went off and I got ready.

I go by Crystalline and I am currently 38 years old. I have always had a passion for words and an admiration for their flexible and limitless potential.

See all posts by Crystalline Phoenix →