LM
by Lucky Moon 9 months ago in relationships

Are we conditioning little girls to seek out toxic partners? 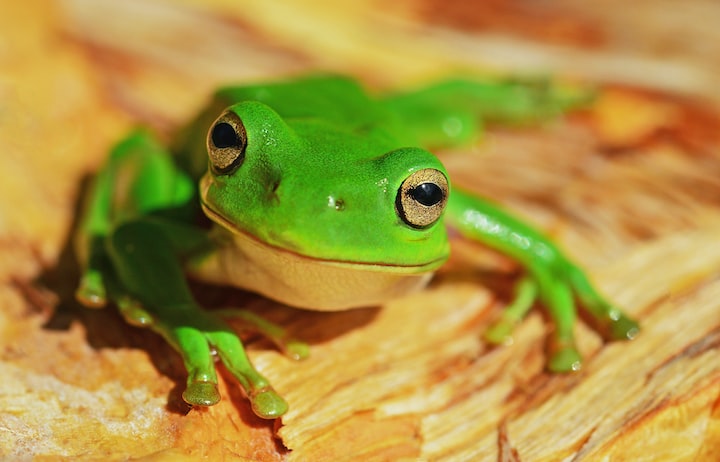 It’s easy to get caught up in the magic and nostalgia of old-fashioned fairytales without considering what underlying messages they may convey. Of course parents aren’t telling their kids stories with the intention of giving them an unhealthy idea of relationships. Regardless, this may be what is happening. There is a stereotype of women getting into relationships with toxic men in the hopes of “fixing” them. Many of us saw a great example of this shortly after the release of the film Joker (2019) in the form of a meme, a tweet by @TamiDaBushPilot that read “*watching the Joker movie* (under breath) …I could fix him”. Just like most stereotypes, this was derived from a real-life pattern. This begs the question of just why so many women find themselves drawn to troubled men. For the purposes of this article, we’ll stick with the example of a heterosexual relationship wherein the woman wants to “fix” the man, simply because that’s what the stereotype commonly refers to.

Growing up, most of us heard some version of this classic story: a lonely woman finds a frog claiming to be under a spell, and kisses him to turn him into a prince. The intended moral of this story is well-meaning enough; children are meant to learn to “not judge a book by its cover”. However, this is ignoring the blaringly obvious truth that in many cases, a book’s cover acts as an indicator of what’s inside. Furthermore, it is no woman’s obligation to turn a frog into a prince. This isn’t to say that we should base our opinions of people on physical traits that they cannot control, but it’s not unreasonable to judge people based on how they present themselves upon meeting them.

If we dissect this simple story, we can see exactly how it’s sending the wrong message. The frog is a “broken” man as he presents himself, and the prince is who the man supposedly truly is inside. The spell that transformed him into the frog can be any number of things, such as some sort of trauma, a bad previous relationship, or a mental disorder. The woman must kiss him in order to change him back, and this is where children are getting the idea that it is up to them to fix a bad partner. The woman is in no way responsible for this frog prince; it isn’t her fault he was changed or her job to undo it. Nevertheless, she believes him when he tells her that if she fixes him, he will repay her with a happy relationship. Because in this story she does indeed get her “happily ever after”, kids are learning that they too must take on the responsibility of kissing frogs in order to save them.

The problem here is that not all frogs can turn into princes. Many of them are unwilling to put in the effort. Others never were princes in the first place, and never intend to become so. If our heroine had been unsuccessful in changing him back, she may have concluded that he was lying to her and simply moved on. On the other hand, she could have thought that she wasn’t doing it right and kept trying, only to never end up with the prince she was promised.

Now instead imagine that the frog had said something else to her. Imagine that the frog told the woman that he had been cursed by an evil witch, and now he’s working to change himself back. While having the woman’s help and support would go a long way to help him, he will still work on himself if she isn’t able to help him. In this story, the woman provides the frog with support as he fixes his own problems, and in the end, they are two strong, self-sufficient people who stand by each other when they need it. This, I believe, is the story kids should be learning.

It’s worth mentioning that some princes never become frogs. This is awfully rare; everyone has their flaws, and most people succumb to them at some point or another, even if only for a short time. That being said, don’t write off all princes just because they’re too good to be true. Go ahead and pursue your prince. Not everyone has the desire or ability to turn a frog into a prince themselves – and that’s okay.