by Cheryl Wray 2 months ago in gender roles

Did I hear that right? She's got to get ready for cotillion? 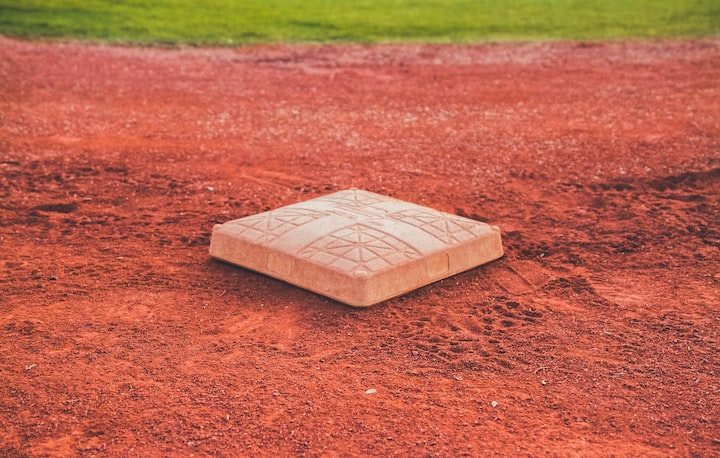 I still vividly remember the conversation I eavesdropped on a few years ago from the stands of a youth softball field. It had to be the most “This is so Southern” and also “Am I in the Twilight Zone?” conversation ever.

We were playing there as part of a Fall tournament with my youngest daughter’s travel softball team. She was 14 at the time.

The girls were on the field playing their hearts out--dirty and tired (it was near 9 p.m., so they’d played all day already)--and the bleachers were filled with parents, grandparents, siblings, and friends.

College football games played on nearby televisions, and buffet-like collections of food (chili; pimento cheese sandwiches; team-colored cupcakes; gallons and gallons of sweet tea) kept the fans and family members happy as their girls hit and slid and pitched on the six fields surrounding us.

As an inning of our game ended (thank goodness Mary Claire caught that ball deep in the outfield!), one of the players on our team ran up to the fence and locked eyes with her mother. With a touch of exasperation in her voice, she said: “Momma, we’ve got to get out of here soon. I need time to get ready for Cotillion.”

I had to Google the word right then and there on my smartphone, because certainly this dirty softball player wasn’t talking about what I thought she was talking about.

Cotillion: “A formal ball, especially one at which debutantes are presented.”

For more clarification, I went to Wikipedia.

Cotillion ball: “A formal ball and social gathering, often the venue for presenting débutantes during the débutante season – usually May through December. Cotillions are also used as classes to teach social etiquette, respect, and common morals for the younger ages with the possibility of leading up to a débutante ball. “

I discovered pretty quickly that, while girls participating in cotillions were usually between the age of 16 and 19 in northern states, the age was often lower in the South.

I was most definitely correct in my assessment.

This 14-year-old athlete--who, I swear, I had seen spit while playing shortstop mere moments ago--was about to be coiffed and costumed and presented at a formal, fancy high society event.

I didn’t risk any embarrassment by asking the mother any questions, mostly because everything I knew about Cotillion came from “Designing Women” and now Google and Wikipedia; and my own children were as far from attending a cotillion as they were to cheering for the Auburn Tigers.

Still, I ruminated on the concept for a bit.

Some might say that cotillions are old-fashioned. Or that they perpetuate stereotypes.

I’m doing everything I can to raise strong women who can think for themselves; women who don’t need a man to define them; women who can be successful in all areas (perfecting their macaroni and cheese recipe while also running a company).

Would I want my daughter to feel pressured to “look” a certain way? Or think that her appearance is what made her special? Or that she had to be “presented” to society to prove her worth?

I came to a conclusion that I often come to these days, when we question what is presumably proper for women. My conclusion revolves around the use of nuance.

In a country where opinions are so polarized and one side rarely considers if the other side has any positives to it, maybe we’ve gotten away from the possibility that a cotillion dress may just be a cotillion dress.

My daughters can call themselves feminists and still be proud members of a sorority (both of my older daughters were); my youngest daughter can dream of being a scientist and also want to participate in beauty pageants (she doesn’t, but the point is still valid).

If anything, that mention of a cotillion at a softball field illustrates how well-rounded we Southern women can truly be.

Don’t fence her in; don’t put Baby in a corner.

Play softball one day, go to Cotillion the next, fight the patriarchy the day after.

This understanding of multi-faceted, multi-dimensional women also shows us how the South, as a culture, may just surprise folks.

We can be soft, yet firm; proud, yet progressive; wilting (that Southern heat!), yet tenacious.

So, if I did happen to talk to that Momma that day, I’d give her my permission and blessing.

“Take your daughter to that cotillion, ma’am. I’m proud you’ve raised a girl who loves her crinoline and canapes,” I’d say. “But can you get her back on the field and tell her to hit us a grand slam, pretty please?”

It’s all about nuance and priority, after all.

I'm a trained journalist who now dreams of writing fiction.

More stories from Cheryl Wray and writers in Viva and other communities.