Books By Influential Women of Today

by Paula C. Henderson 5 months ago in book reviews 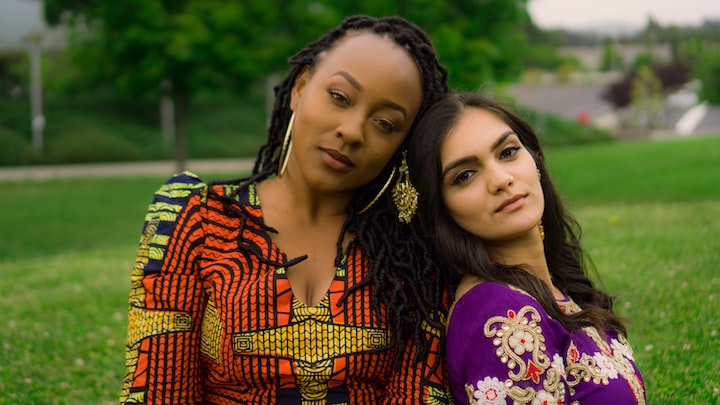 Photo by Alex Sorto on Unsplash

Books By Influential Women of Today

Chanel Miller is a rape survivor. We first learned of her harrowing experience in 2015 while visiting her sister who was a student at Stanford University. Chanel was attacked by fellow student Brock Allen Turner. Chanel was asked to write her victim impact statement to be read at the sentencing hearing. She posted her victim impact statement online and it almost immediately went viral drawing more than 11 million reads in just four days. Her victim impact statement was 50 minutes long. She carefully details her anger, her resentment, her pain, her fear and how this has so negatively changed her and the rest of her life. She points out that her attacker, his attorney and the judge has missed the point. The real point. How we as a society need to change how sexual assaults are treated not just in a court of law but by the media, by the sentencing and all involved. You can read her story in her book:

First Lady of the United States from 2009-2017. A beloved and cherished mom, wife, daughter, sister, business woman, and public figure. She is a positive role model for women everywhere. A descendant of slaves, Michelle was born in Chicago, Illinois. Michelle was a part of the gifted class at Bryn Mawr Elementary. She later went to Princeton University in 1981. Her book, 'Becoming' has been on the bestsellers list for months and you too can read it:

Michelle Obama wrote the foreword for Valerie Jarrett’s book, “Finding My Voice: When the Perfect Plan Crumbles, the Adventure Begins”.

Valerie Jarrett was the senior advisor to President Barack Obama during both his terms as President. She was born in Iran, yes, the country, to American parents who ran a hospital. Valerie speaks three languages: English, Persian and French. While working in the mayor’s office in Chicago she hired Michelle Robinson (then engaged to Barack). Valerie has a long list of impressive job titles, which includes co-chair of the United State of Women, Chair of the Board of When We All Vote and she is a distinguished senior fellow at the University of Chicago Law School. Valerie felt compelled to write her book to inspire all of us:

Finding My voice: When the Perfect Plan Crumbles, the Adventure Begins by Valerie Jarrett [Viking, 2019] https://amzn.to/FindingMyVoice

Justice Supreme Court Judge Ruth Bader Ginsburg was nominated in 1993 by President Bill Clinton. We have loved her ever since. The second female appointed. The first being Sandra Day O’Connor. Born in New York, Ruth’s mother passed away while she was in high school. In 1980 she was appointed by President Jimmy Carter to the U.S. Court of Appeals for the District of Columbia Circuit. You can read what she has to say in her own words:

My Own Words by Ruth Bader Ginsburg [Simon & Schuster, 2016] https://amzn.to/MyOwnWords

Sonia Sotomayor was nominated by President Barack Obama to serve as a Supreme Court Judge in 2009. The first Hispanic and Latina member of this court. President George H.W. Bush nominated her to the U.S. District Court for the Southern District of New York in 1991. A position she served until 1997 when then President Bill Clinton appointed her to the U.S. Court of Appeals for the Second Circuit. Her book, “My Beloved World” is an intimate account of her life from growing up in the Bronx to becoming a judge, being diagnosed with juvenile diabetes, and a marriage that ended in divorce. Read:

Melinda was born in Texas. She has a bachelor’s degree in computer science and economics as well as an MBA in Business. Melinda received the Jefferson Award in 2002 for Greatest Public Service Benefiting the Disadvantaged. This was just the beginning of many, many acknowledgements for her work around the world to improve the lives of those less fortunate.

Her book has been defined as a ‘call to action’ to lift this world to one that respects and values women. Definitely a recommendation for those looking for inspiration.

The Moment of Lift: How Empowering Women Changes the World by Melinda Gates [Flatiron Books, 2019] https://amzn.to/MomentOfLift

An activist, Malala was born in Pakistan. In 2014, she became the youngest recipient of the Nobel Peace Prize for her work for human rights. Her celebrity began when a New York journalist found the blog she authored under a pseudonym about her life as a female in Pakistan. It soon was turned into a documentary and she was later nominated for the International Children’s Peace Prize by Desmond Tutu.

Malala was shot in 2012 while riding on a bus. An assassination attempt for her activism. The bullet struck her in the head. She was just 15 years old at the time. Once recovered she co-founded the Malala Fund, spoke at the United Nations in 2013 and met with President Obama that same year. In 2014 she published her book, “I am Malala”.

I am Malala: How One Girl Stood Up for Education and Changed the World by Malala Yousafzai [Little Brown Books, 2014] https://amzn.to/IamMalala

Kamala Harris has named Karine Jean-Pierre as her Chief of Staff. She is the daughter of Haitian immigrants, raised in Queens, New York. She is the Senior Advisor and spokesperson for MoveOn.org as well as a political analyst for MSNBC. She was the political director for Barack Obamas campaign in 2008. She was Joe Biden’s senior adviser before accepting the Chief of Staff position with Kamala Harris. She has written her story:

Moving Forward: A Story of Hope, Hard Work and the Promise of America by Karine Jean-Pierre [Hanover Square Press, 2019] https://amzn.to/MovingForward

My homepage with a list of all my articles here on Vocal is: https://vocal.media/authors/paula-c-henderson

There you will find my articles on:

My homepage with a list of all my articles here on Vocal is: https://vocal.media/authors/paula-c-henderson .