Goodbye Federer, thanks to you, tennis and time

by hite levy 2 months ago in culture
Report Story 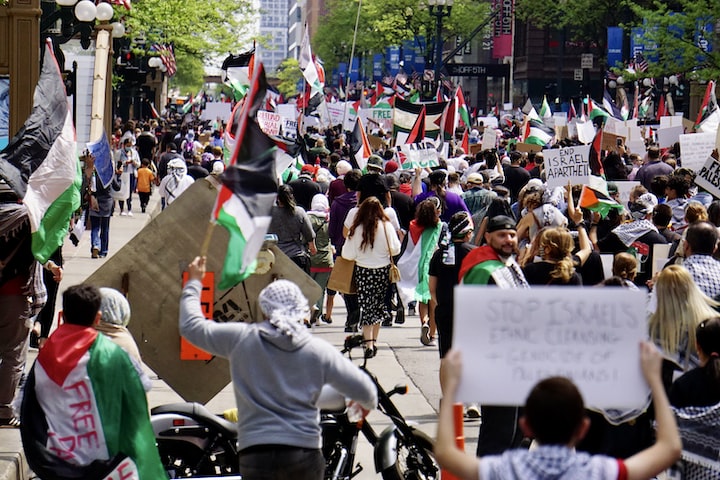 Photo by Aveedibya Dey on Unsplash

Not a surprise, especially a bit older fans, are prepared.

After all, as he said in his retirement declaration, he also wanted to resume his efforts to play. We all understand that he has tried.

But people can't resist the sky.

In fact, he's been old for a long time - one year between De and Nadeau, and he's five years older than Nadeau.

In the past ten years, from the four kings of FERNANDEAU, into three GOAT, and then the year before last, the rule of Deyo, the first half of this year, Nadou power, now Nadou 22, Deyo 21, cows or 20.

In fact, the past thirteen years Grand Slams.

Dou, with that 2008 Wimbledon final - which I still think is the best match ever - as an opportunity to chase strongly.

The bull has been old for a long, long time. The last bit of returning starlight flame was the 2017 and 2018 stretch, a breath of fresh air that brought the Grand Slam to 20, allowing the bean and de to have to chase it for two more years.

I remember the way he took Wimbledon in 2012. At that time he was lying on the green grass, bending his knees and covering his face. His two children, with their blonde braids and little white and black dresses, were about to turn three years old. That must have been the first time they saw their father take the Grand Slam - the 17th seat. The cow was already 31 years old at that time.

In 2011, Madrid, Rome, French Open, Wimbledon, four consecutive stops, Federer was eliminated in the same way: with a beautiful forehand, swinging single reverse and control of the free serve to take the first set, and then with the physical strength of the flow, the landing point control gradually lost precision, return ball sharpness gradually lost, cutting gradually can not control the other side of the huge force, by the other side of the pressure, and finally was reversed.

At the end of 2011, Dubai. Coach Annacone put together several sets of training methods and advised Federer to "try it", which Federer accepted. So Federer spent two to four hours a day hitting balls one by one while on vacation, and when he was done, he went on vacation with fitness coach Paganini and physical therapist Spivel.

"I made a decision this year not to wait for my opponent to make a mistake in the big tournaments, but to make it completely about me."

In the semifinals of Wimbledon that year, he met Djokovic, who had won only once in seven previous matches, and won on a 20-minute first set, on a break, on 12 aces and a single rally.

Then came the decisive forehand powerplay that handed Murray his fourth Grand Slam defeat for the fourth time - three of them to the Ox. Murray cried after the match, but he thought the cow deserved the title:.

"He overcame his back pain and beat so many opponents."

By then there was already the British press who thought he could already retire with 17 Grand Slams, at the age of 31. His achievements at the time were unprecedented, his injuries and the style of the times didn't really suit him, and he was perfectly capable of retiring in a hurry.

But he played on anyway.

A quote written that year.

No one has ever won a Grand Slam in 2003 and 2017: the sport has simply changed in those fourteen years, and he's adapted.

He played an almost distinctive kind of tennis from the times.

In this, in the words of Kretgar - when I visited him during the French Open in 2017 - "so focused on defense and fitness, making sure to sacrifice a little bit of his unique style to make himself invulnerable " in an era when he was still playing his most aggressive game.

Most of the greatest athletes do. Their talent is expendable and will pass with time; they will find a way to resist the passage of time by using their love as motivation to trade something with time - skill, experience, wisdom. But how many superstars will settle down as they get older, and will more or less succumb to the playing style of the times. And Federer? God knows. in 2017, he simply rediscovered the joy of tennis again. In the fifth game of the second set of the final against Cilic, Cilic served and Federer was in the middle of the baseline, using his signature single reverse and taking the ball straight back to hit a diagonal across.

The ball was unscientific, how the ball was played, no one would play with such aplomb, only Federer. He lifted his weight and played a strange and beautiful ball.

After winning the 19th Zun, he said of his children, "They don't know what's going on here yet. They just think the course is beautiful and the field is great. Hopefully one day, the kids will understand."

His first and last Grand Slam, a difference of 14 and a half years.

But that didn't stop him from playing Djokovic in that heirloom final at age 38, the 2019 Wimbledon final.

A few of my dairy enthusiast friends, promoting young players to each other went like this.

Probably a little, "Just playing visually like a cow is enough to make people want to take a look."

In Old German, Federer's name means "merchant of feathers", and as his name suggests, he moves like a flowing river.

Uncle Tony said to Nadou: "Federer is more talented than you are, far more capable of creating and grasping winning points, so you have to put pressure on him all the time and force him to hit the ball at the limit of his ability."

But the cow's style of play is so good looking and superb that it should be unmatched.

Of course, times move on. I wouldn't be surprised if you came back from 2040 and told me that both De and Dou ended up retiring with 25 Grand Slams; the cows stopped at 20. Maybe many years later, tennis fans who haven't lived through this era will look back at the cows, just as fans now look back at Sampras.

It's just that those of you who have experienced this era naturally understand how remarkable an existence Federer once was.

Since then a new verb should be created. When describing a man who has taken a sport to the extreme, perfected it, made it legendary, elevated skills and concepts to a new level, and painted all the possibilities of the sport alone at the top, stop saying "he rules the sport", "he is the king of the sport " and say instead.

In June 2019, I caught that match between him and Nadou at the French Open.

That's the way tennis fans are: liking someone often has nothing to do with (then) results.

At the end of the match, the crowd kept yelling, "Roger! Come back again!" Just like the cheers at Roland Garros this year when Nadeau said he would come back next year.

That's how legends are, they go far and don't know when they will stop, and we can't always be sure when the journey will end. Many times we think we like a sport of some kind, and eventually we find out that we actually like a person; and when he leaves, maybe a hobby or a memory will stop.

From this perspective, Federer's extra years of playing have allowed many people to watch tennis for many more years and perhaps enjoy it a little more - a gift he has given to the sport.

Think of it this way, as mentioned above, the past ten years, in fact, belong to the de and beans. Milk cow's playing style is not really suitable for this era.

His peak was from 2004-09, but he played these extra years after he had already aged, allowing De and Bean to chase him for more years. Just he aged gracefully and calmly, and even consumed win Murray ......

Just take this past decade as his gift to us; those three Grand Slams in 2017-18, and the Wimbledon final in 2019, as a surprise return.

Sixty percent of his 41 years of life were consumed in these years of running and training, and now he goes on with his life with Mirka and his children; the tennis world, and us, leaving his career memories behind.

And one more thing to say.