Are the Cavs Back to Being the Team to Beat in the East?

by Dan O'Shea 2 years ago in basketball

Two close wins already have people back on the Cleveland bandwagon

When Kevin Durant’s departure from Oklahoma City created the first human-atom bomb in Russell Westbrook, it also set the table for the rubber match in the NBA Finals between the Cleveland Cavaliers and the Golden State Warriors. Before an entire NBA season was played we all labeled where LeBron James would be headed in June.

This past month, we were all witnesses. Not the kind of witnesses you’d expect to be around in April, as the NBA jams ads down your throat about past greatness in the postseason while you get high on the supply of meaningful basketball. This happened before the playoffs began, where Cleveland feel to the No. 2 seed, while Boston claimed the title as top dog in the East. We witnessed a LeBron James-led Cavs become mortal.

Instead of a mentality filled with the sky falling in Cleveland while we appreciated just how absurdly quick the Celtics turn around was, everyone gave the Cavs a break. Boston was somehow cast aside as the king of the island of misfit toys, branding them as one of the worst No. 1 seeds in the history of the NBA, while everyone claimed Cleveland would just flip on their “switch.”

Is this unexplainable excuse known as the “switch” really LeBron James going Zero Dark 30–23 mode on social media while he carries around the screenplay for The Godfather yet again as if he’s studying to play Fredo in the future? Is it Kevin Love finally finding his form, or the end of resting players now that the season is on the line? Whatever that “switch” may be, the Cavs are now up two games to none and people are already penciling them in once again for a date against the best of the West.

Well, I’m doing my best Lee Corso impression. Not so fast my friends.

There is no way this Cavs team should already be considered the favorite in the East.

Two wins. Two wins against the Pacers is all it took before the rest of the Eastern Conference was swept back under the rug after they momentarily popped their heads out to catch some air for the first game of their respective series. It is safe to acknowledge that first round LeBron James is a different kind of beast. 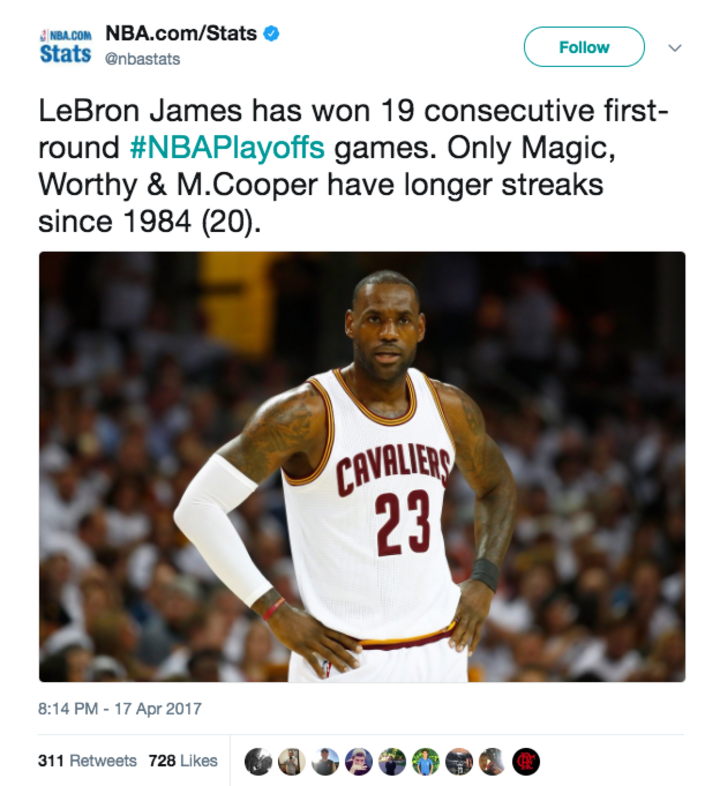 That’s right. The last time LeBron James lost a game in the first round, “Call Me Maybe” by Carly Rae Jepsen was sweeping the nation, Instagram was still growing, and the New York Knicks were still relevant. It’s not a surprise that he’s won two more first round games this season, and it shouldn’t be a sign that the Cavs are back to being the force they once were a year ago.

Since when is beating a team that struggled to stay over .500 all season by a total margin of seven points in two games, at home impressive? The Cavs may have outlasted the Pacers over the past two games, but it did take the appearance of the often forgotten Kevin Love, who had a game for the ages:

Not to mention Paul George calling out a different teammate in each of the Pacers’ losses in the postgame in an effort to burn every single bridge he’s attached to before he unceremoniously bolts to LA next offseason. The Cavs aren’t exactly taking down titans over here.

If you look past the two mediocre showings that somehow have the Cavs back on top and gaze out at the rest of the Eastern Conference playoff bracket, you see the one thing that may be Cleveland’s downfall: the unknown.

The fact that the Cavs are the only team that has technically proven themselves over the years shouldn’t be a testament to how much better they are. It should be a sign that there could be a changing of the guard sooner than Cleveland thought. Not a single one of the teams in the East are viewing the Cavs as some sort of insurmountable obstacle while patting themselves on the back for a job well done this season and heading home with a participation trophy held high. Besides the team the Cavs are playing in the first round, Cleveland has an 11–12 record this season against the playoff teams in the East. They are far from the unbeatable monster they have been built up to be.

With the rest of the playoffs on the East side of things barely being tapped into, there is still a ton of unknown that the Cavs have to face. Just look at the two teams they’d have to face in the next round. Just how good can playoff Giannis Antetokounmpo be? The 6'11" hybrid can seemingly do anything on the court and spent the entire first game of his playoff career creating highlights that should have the rest of the East absolutely shook: 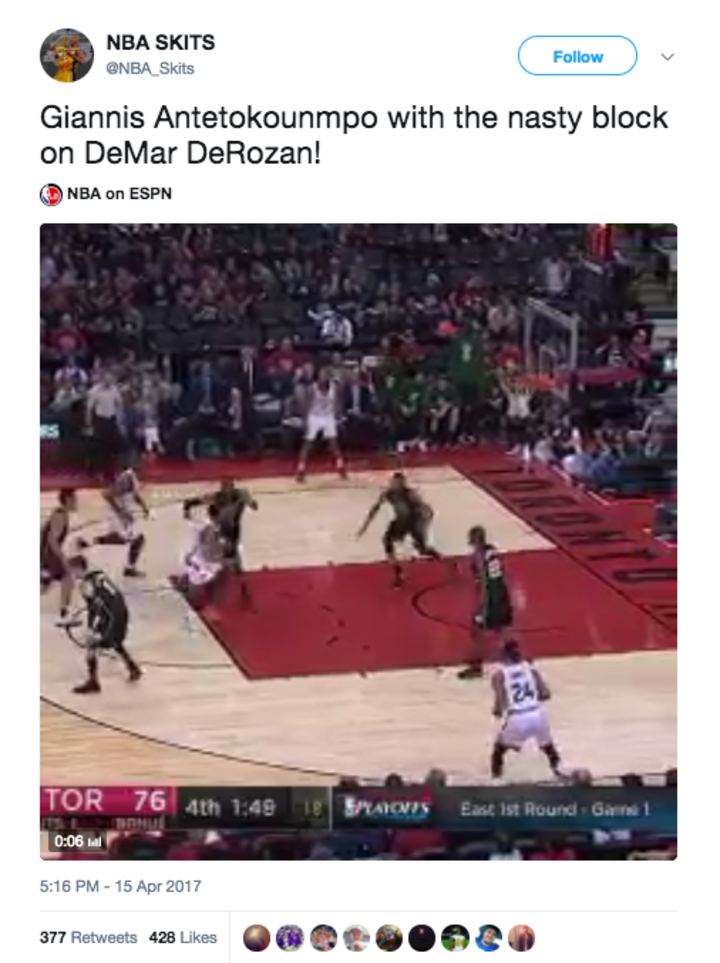 What if the Raptors take care of business and advance to the second round for a rematch of last year’s Eastern Conference Finals? With Kyle Lowry finally coming back, no one knows exactly what the starting five of DeRozan, Carroll, Ibaka, Valanciunas, and Lowry is actually capable of. The Raptors don’t even know at this point but they do have the size, length, and scoring to keep up with Cleveland in a series.

Even looking further, the teams the Cavs would have to face in the last dance before a duel with the West are far from cakewalks. John Wall and the Wizards are scary good offensively. Cleveland may have star power, but Kyrie Irving and Kevin Love aren’t exactly well known for their defensive prowess. Wall has somehow been one of the most unsung heroes of the NBA season, and can spend a series lighting up the Cavs with his band of merry shooters.

Then, there are the Celtics. The team no one believes in, despite splitting the season series with the Cavs on their way to the top slot in the East. The Celtics are another team that haven’t had their starting five together the entire season due to Avery Bradley’s injuries, and haven’t even scratched the surface heading into the playoffs. It’s hard to imagine how Isaiah Thomas will respond after tragedy, but counting this team out seems like a death sentence for Cleveland.

If the Cavs somehow get lucky and avoid the Celtics or the Wizards due to upsets, it might even be worse for them. Cleveland has a brutal 1–7 record against the Hawks and the Bulls this season. The idea of an easy road is as real as Kyrie’s theory of the Earth being flat.

Some may see this field of the best the East has to offer as a joke compared to what they’ve faced in the past, but those people are forgetting the one truth that has escaped Cleveland all season: this isn’t the same Cavs team.

If this is one of the least talented playoff brackets LeBron has ever had to go through, then why did the Cavs finish in second? Why didn’t they blow through the competition instead of finishing with the fewest wins a LeBron-led team has had since the Heat won 46 games in a shortened season? The illusion of this imaginary switch that Cleveland can conjure up and pull when they need it is just an excuse for how vulnerable this team truly is.

Wherever this switch is, Cleveland better make sure it’s ready and able all the way through June. They are far from safe in the East.

See all posts by Dan O'Shea →