5 Basics to Launch Your Baseball Career

by Mikkie Mills 2 years ago in baseball
Report Story

The game of baseball as we know it has been played in the United States for more than 150 years. It's played by boys and girls in backyards and sandlots. It's played by grown men and women on pristine grass diamonds and in stadiums large enough to hold the entire population of many cities. All you need is a ball, bat and mitt, and you're ready to take the field. 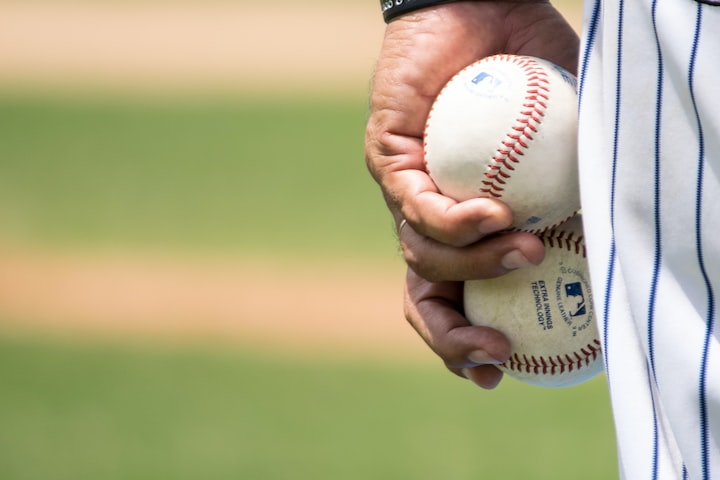 Photo by Jose Morales on Unsplash

The game of baseball as we know it has been played in the United States for more than 150 years. It's played by boys and girls in backyards and sandlots. It's played by grown men and women on pristine grass diamonds and in stadiums large enough to hold the entire population of many cities. All you need is a ball, bat and mitt, and you're ready to take the field. Let's examine the basics to discover why baseball has been called America's National Pastime.

Every baseball player has to have a glove. You need to be able to catch the ball without hurting your hands. Gloves come in many different materials, designs and colors. The most common glove is the fielding glove, which is used by outfielders, infielders and pitchers. Two unique gloves are the first baseman's glove and the catcher's mitt. The first baseman's glove is larger than a standard fielding glove. It's designed to catch all kinds of throws in attempts to get the runner out at first base. The catcher's mitt is much larger and is constructed to withstand the constant pounding from a pitcher's blistering fastballs. There are several manufacturers of baseball gear, but you cannot go wrong with Nike baseball gloves.

It's called baseball for a reason. The game is played with a hard leather ball, consisting of 108 red double stitches. While most baseballs look alike, there are huge differences between them, depending on what level of the game you're playing. For instance, baseballs with raised seams are used in developmental leagues for younger players. This allows the player to throw the ball with better control, while a rolled seam is used in professional leagues, allowing for faster throws due to less friction in the air. Also, baseballs used in leagues such as tee ball are softer and lighter, usually less expensive and constructed from synthetic materials. When selecting a baseball to purchase, keep in mind the age of the player.

The final must-have item is a bat. Depending on the age of the player, the bat will vary. In every level up to Major League Baseball, all players use an aluminum bat. They are lighter than the traditional wooden bats, and they last longer. Each age level has restrictions, so be sure to check before buying. The first rule of choosing a bat is picking one that you are comfortable swinging. If it is too heavy, you may have trouble catching up to the pitch or you may swing under the pitch. Many professional ball players, including Hall-of-Famers Tony Gwinn and Babe Ruth, chose to use shorter bats, which allowed them to easily adjust their swing. Still, what feels good to the player is what matters.

Although not a necessity, batting gloves protect a player's hands, especially during batting practice. These soft leather, form-fitting gloves prevent blisters that come from gripping a bat with sweaty hands. Many players wear a batting glove under their fielding mitt for added protection. While most leagues supply their players with helmets, it never hurts to have a personal batting helmet, if your budget allows. All helmets are made of durable composites with padding inside for safety and comfort. Be sure to check the ratings of each helmet, as they are rated by the miles per hour of the pitch they are designed to guard against.

In order to get around the bases and track down fly balls, cleats are essential. In most cases, a pair of hard rubber cleats from any big-box store will work. Once a player gets into high school, they may switch to metal cleats for additional traction. However, many manufacturers today have various models of baseball cleats made of plastic, rubber and metal. Once again, what feels right for the player is the best choice.

"The one constant through all the years has been baseball," said the actor James Earl Jones in the movie "Field of Dreams." "This field, this game, is a part of our past. It reminds us of all that once was good, and what could be again."

More stories from Mikkie Mills and writers in Unbalanced and other communities.