5 Money Habits I Learned From My Parents

JS
by Jacob Shaw 5 months ago in personal finance

And how they’ve set me up for financial success. 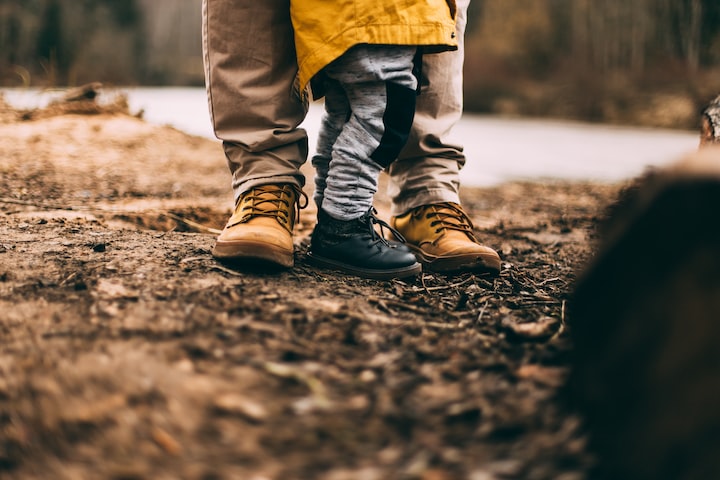 Photo by Daiga Ellaby on Unsplash

As children we learn from seeing our parents’ behavior as much as we do from what they teach us directly. And that’s especially true when it comes to money. Culturally we don’t really talk to our kids about money but despite that, habits and perspectives are ingrained from a young age.

I was fortunate that my parents had good money skills, but it wasn’t until I got out into the real world that I realised many of the money habits I’d learned from them weren’t universally held.

Here are five habits I‘ve taken from them. Some are specific actions; others are attitudes towards money. But each have had an impact on the way I manage my finances.

It goes without saying my parents had a budget. But they stuck to it using the envelope system — where you divide your money into different envelopes, one for each item on your budget, which helps you stay on track.

I have distinct memories of going to the bank with my mother to withdraw money for the following few weeks, with a note in her hand of the exact number of notes in each denomination needed — how many 20s, 10s, 5s. Once she had the money, she’d then divide it up into the respective envelopes so each held the exact right amount.

When I first moved out on my own, money was incredibly tight. My budget was calculated down to the dollar, as otherwise I wouldn’t have been able to get by. Knowing that, I marched myself to the bank, withdrew my money for the week and got the exact change needed so I could stay on track. I honestly think without this method I would have easily overspent and had to ask my parents to help, or worse get into debt.

The envelope system isn’t new, but in the cashless world we live in it seems as though it’s been quickly forgotten. I still use it today, though digitally. I have multiple online savings accounts (seven in total) each to hold money for a specific part of my budget; vacations, gifts, property maintenance etc.

For me, there are three main benefits of using the envelope system, particularly when you’re trying to build discipline when it comes to money:

Less Worry: I don’t have anxiety about whether I can cover upcoming expenses — I know I can because I’ve put it there.

Better Choices: Seeing a smaller amount of money and knowing that’s my limit helps me make better choices when spending my money.

Prioritization: If I’m in a position where I don’t have enough money, I’m better equipped to make a decision —if I want to spend more, I have to decide which envelope it’s coming from, rather than a general pool of money, which makes it much more tangible.

I know now that growing up we were comfortable when it came to money. But as a child I didn’t always know that was the case, based on what I could see. My parents were very frugal in spending their money. This isn’t to say they were tight or cheap, but they certainly didn’t waste money.

Our clothes were always from big box stores, and were often given as gifts for birthdays and Christmas. As we grew up and became more ‘fashion conscious’ (I use that term lightly) we were encouraged to use our own money from our allowance or part time jobs to pay for the clothes we wanted. That made us really think about what was important and whether we wanted to use our own hard-earned money to pay for it.

Another good example of this was groceries. Wherever possible we bought generic store brand items, and when Aldi opened in our neighborhood we became loyal customers. There were times where I would be embarrassed that all the other kids at school had the real brand versions while I had the cheap ones.

At the time I couldn’t understand why my parents wouldn’t just buy the “real” thing, but I know now that they were just being smart with their money and putting it to better use elsewhere.

When I moved out and had to fend for myself, I quickly realised I was conscious of how I was spending my money, being careful not to waste it or pay more than I had to on things that weren’t really worth it.

When my parents did spend money it was always strategically, and they focused on what was important. As kids, we went on a lot of vacations — at least 4 a year. But we never stayed in a hotel. Sometimes we’d be staying at friends’ houses, but most of the time we would be camping.

Just after I was born my parents bought a small camper van, big enough to fit the five of us. This became our moving hotel, sheltering us as we travelled around the country. As we got older, tents were added to give us extra space and privacy.

This could be written off as being overly nostalgic, but at the time it didn’t even occur to me that there was any other way to vacation. Now, I realise my parents made a choice by taking us camping. They gave us (and themselves) the chance to have a fun and relax, without the high price of a hotel. We had that camper van for about 15 years, and it was well worth the investment.

I’m not suggesting everyone start camping, that’s just an example, but it’s a lesson in knowing what is (and isn’t) important and making conscious decisions to spend your money accordingly.

4. Investing In The Future

The reason my parents did all the above wasn’t just to spend less; it let them put that money to work. They were investing in the future and setting themselves up for success.

They made it a priority to pay off our home as soon as possible, doing so after only 8 years. This was only possible due to their good money habits and choices.

They then began to buy investment properties which paid for themselves with the rental income, and helped them build their wealth quickly. At the same time, they prioritized their retirement savings and also invested in shares.

Again, none of these actions are particularly groundbreaking, but from a young age I could see my parents putting in the work that would pay off later in their life. And that was the key lesson — they didn’t wait for a perfect time to make good decisions with their money. They were disciplined and took a long-term view from the very beginning.

This led to me following in their footsteps; avoiding getting into debt and focusing on saving for retirement and building up my savings and investment portfolio from a very early age.

The final point might be a surprise based on what I’ve said above, but I think it’s an important one. There was never any guilt associated with spending money.

For example, we’d go out to dinner for birthdays or special occasions and the cost was never something that came up. We weren’t made to feel guilty that we were splashing out, even indirectly.

This is because my parents were on top of their financial situation, knew that they were making good decisions and were on track for financial success. The money they were splashing out was set aside for that exact purpose, and they worked hard for it, so they were able to enjoy the fruits of their labor.

Often an attempt to have good money habits can result in an attitude that all spending is bad. This could have very easily become the case for me; but instead I‘m able to enjoy spending my hard earned money without the associated guilt many people have.

All of these lessons made sure that I could balance good money habits with a healthy appreciation for using money for what it’s there for — living.

Money obsessed, but in a good way. Finding freedom in finance. @thedebtanchor on Instagram

See all posts by Jacob Shaw →