Who are we (good, damn) Hispanics?

The Subtle to know ourself 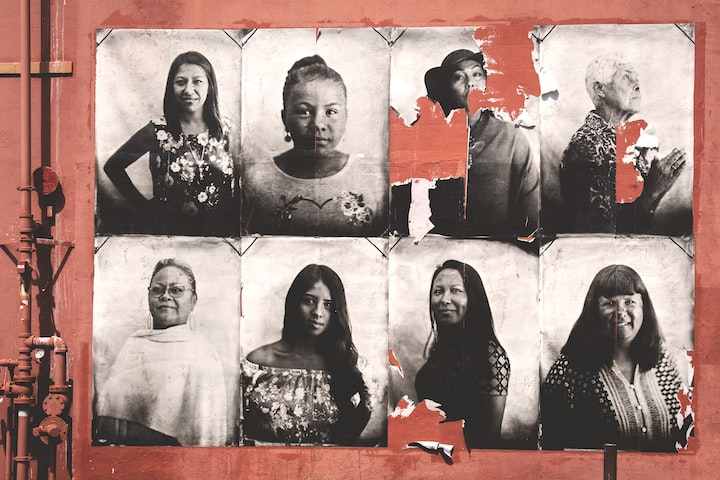 Hispanic Heritage Month was created by President Ronald Reagan, as a way to expand the same idea of ​​President Lyndon Johnson from a week to a month and commercialized by the major US media.

The first time I visited the United States in 1995, I had to fill out a form before landing. In the “ race ” section I wrote “ no race ”. It was the first time in my life that I read such a classification. A decade later, after traveling and living in fifty countries, I returned to sit in a classroom. Over time, I realized that the game had to be played: the more "Hispanics" mark "Hispanic" instead of "white," the more political force the government recognizes them. The logic is old: subordinate groups agree to be confined to a box with a label conferred by the dominant group. By sharing a language, a history, and an "otherness", willingly and unwillingly, at the age of forty, I was becoming (among other things) "Hispanic".

Like any social group, we are an invention, a symbolic and political construction. In fact, the Hispanic and Latino ratings are inventions of the United States government. Nothing strange, considering the racial obsession that this country has suffered since before its founding. As an invention, we are a reality and, as a reality, many want to get out of the box, not out of rebellion but out of submission. A "Z" that needs to be accepted by group A must be two hundred percent "A" to be accepted as a "near-A".

In a civilized society, it is permissible to change, but no one needs to forget who he was and who he is to be integrated or accepted (I leave aside the neo-slave requirement of assimilation ). What's more, "being accepted" is another inoculated need. What the hell does it matter to me that others don't accept me as I am? When someone in a supermarket gets upset because "un-otro" speaks in Spanish to his son or to the cashier, dictating his own laws about " the language that should be spoken in this country " he is violating the same laws that he claims to defend, already that everything that is not prohibited by law is allowed.

As history shows, no progress toward "equal rights" came from the groups in power but from organized resistance from below. In this sense, the "Hispanics" of the United States have a historical debt. Yes, we had a Cesar Chavez, but we have been too complacent with an obscene list of injustices. We haven't had a Malcolm X who dared to speak in front of power in a radical, unsweetened way. Worse than that: we have not infrequently betrayed the heroic struggle of other minorities. For two reasons: one, because privileged immigrants have not resisted the temptation to pass themselves off as white; another, because Latin Americans have also been corrupted by centuries of interventions and dictatorships promoted by Washington and the corporations. that put and took out puppets as presidents or dictators, that demanded laws and privileges for their businesses, that destroyed democracies leaving millions of massacred and exiles ✎ Edit Sign, first under the old racial excuse that we were corrupt mestizos (because we did not consider blacks as an inferior race) or that we did not know how to govern ourselves because we were Indians or blacks. After the Second World War, the wonderful excuse of the fight against communism appeared to continue doing the same thing that had been done since the beginning of the 19th century. US pro-slavers expanded slavery over Indian territories and reinstated it over Mexican territories, all under the repeated discourse of "promoting freedom and democracy." That practice never changed, although it became more sophisticated, with the multimillion-dollar and secret interventions of the CIA and the rich Creole elites in our continent.

We have also betrayed our brothers in the South by denying this racist and class reality of Washington's imperial arrogance. Being a hegemonic power, with the ability to print trillions of global currency and with hundreds of military bases around the world, the United States has the ability to do very good business by twisting the arms of those "misaligned" peoples. No one calls extremely poor countries like Haiti and Honduras capitalists, even if they are more capitalist than the United States. Thus, the greatest expulsion of migrants (black, mestizo, poor) comes from these capitalist countries that are not blocked by Washington but supported with millions of dollars and with the classic moral and media narrative.

Now immigrants, who depend on their work to survive, must follow the law of supply and demand more dramatically than capitals. But capitals are free; the workers do not. They are not even free to say what they think. The same immigration laws (anyone who has gone to a US embassy for a visa knows this) detests workers.

So, when a “Z-Hispanic” arrives in a country with this hegemonic force, many times fleeing the violence, corruption and chaos organized by that same country, he becomes an “A-Hispanic”. Many claim to be fleeing from countries where they do not have freedom of expression, but as soon as they hear a different opinion, they throw up the old myth of group A: " if you don't agree, go to another country ." As if the adulation of power, as if the confirmation of national myths were a moral and constitutional obligation. As if the countries had owners as if they were sects, armies, soccer teams, political parties. As if criticism and the search for truth were anti-American ...

In 2019, a fanatic massacred 23 Hispanics at a Texas Walmart claiming that they were invading their country. A copy of the old linguistic inversion of Andrew Jackson who, after robbing and massacring Native peoples, accused them of unprovoked aggression; or that of James Polk, who invented aggression by Mexico " on US soil " to take half of the neighbor's territory. The old resource of " we were attacked first and we had to defend ourselves " (as in El Maine and so many other cases of the false flag) lives in the DNA of the nativist fanatics, some of them " a -Hispanics", monuments to ignorance.

The deep racism of politicians and ultra-religious KKK sympathizers, inspirers of Hitler (in his own words) was reborn as an ideological triumph after the Confederacy was defeated militarily. Not without irony, present-day Mexico and all the countries of the Caribbean and Central America are not states of the United States because the invaders themselves discovered that those countries were full of blacks. When Lincoln ended the long American dictatorship, ex-slaveholders imposed Jim Crow laws by which Florida Cubans (who in their clubs, industries and hospitals did not discriminate whites from blacks) had to separate by force. and adopt the customs of the successful Anglo-Saxons. New Mexico and Arizona did not become full voting states until 1912 , when Washington was able to verify that the Hispanic majority had receded from 1848 to a minority. From 1836, the Hispanics who remained on this side of the border became the “ invading bandits ” (romanized by Hollywood in El Zorro ) and those who arrived had to fight in the courts until the beginning of the 20th century to prove that they were white. During the Depression of the 1930s, half a million Americans were deported to Mexico because they had Mexican faces and accents, for which many continued to fight to be whitewashed.

That psychology of the colonized, of the desperate to be accepted through transvestism, is still alive, so the greatest service anyone can do to this country is not going to the beach with the stars and stripes flag stamped on the shorts. bathroom, but tell the truth. Above all, those inconvenient truths, those that have been buried by the blind force of barbarism in the name of civilization.

Until then, we will remain complicit in imperial myths. In the same way that in order not to clash we maintain those useless lawns in front of our houses (perfectly geometric and without human life around; neurotic expression of Anglo-Saxon control), we proceed with the myths. This country will never get over the trauma of its Civil War or make great social progress until it stops lying to itself. Hispanics can contribute to a courageous change or join the cowardice of complacency and tearful adulation of power.

This article was directly and insistently requested from the author by a means to celebrate "Hispanic Heritage Month in the United States", but later rejected for "adequacy reasons." The author summarized the ideas of a virtual meeting, which took place exactly one year ago and was promoted by the Cervantes Institute of the United States which, despite the author's claim, the video of the conversation with other prominent writers and academics were never made public. Due to discrepancies with the criteria for publication, colleagues from the academy organized a day to redress the author.

More stories from Vocal Media Writers Community and writers in The Swamp and other communities.