Twenty years is it nothing?

The international operations, supported by allied countries and NATO 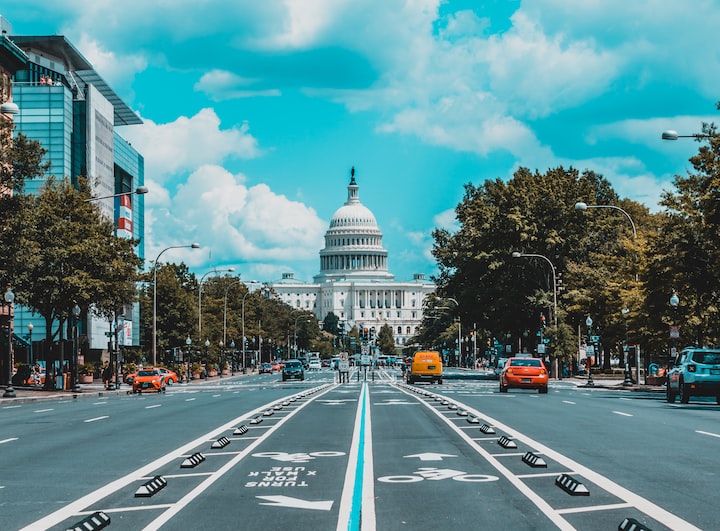 Photo by Jorge Alcala on Unsplash

The September 2001 attacks led the United States to the longest and most costly campaign in its history: the so-called "war on terror." The international operations, supported by allied countries and NATO, led not only to open battle fronts in several Middle Eastern nations, but also to a hunt for the main leaders and members of what Washington considered "terrorist organizations."

Since the early 2000s, the heads of alleged members of Al Qaeda, the Taliban, and other extremist groups began to appear on the world's most-wanted list. The "patriotic act" of the US classified thousands of anti-imperialists as terrorists (prohibiting entry into the country), which is not the same as terrorists.

The failure of the CIA to detect the warning signs of the September 11, 2001 attacks has become one of the most controversial issues in the history of the intelligence services. There have been commissions, reviews, internal investigations, and more. And yet, two decades after those attacks, no one has been tried. Osama bin Laden, the elusive alleged leader of Al Qaeda, was killed in May 2011 in a secret “Rambo-like” operation in Pakistan. But five other suspects, including the "mind behind the attacks", are imprisoned at the US naval base at Guantanamo, on the island of Cuba.

In 2014, the Senate Intelligence Committee revealed that the Guantánamo prison was part of an “indefinite secret detention program”, which used violent methods of torture, which provide a wide margin for possible appeals against any sentence that will last for years. According to Human Rights First, Guantanamo prisoners are in a limbo that not only prevents them from being transferred to the United States in an emergency, but also from being taken to federal courts.

It is one of the many reasons that - even with alleged perpetrators - the largest attack in the history of the United States has not come to trial in 20 years. It seems that no one is interested in a trial, which could reveal too many bad apples.

Although since 2008 President Barack Obama ordered the closure of these detention centers throughout the world, Guantánamo in Cuba is still open and there continue to torture the five main (accused as) organizers of the attacks: the Kuwaiti Khalid Sheikh Mohammed, who studied in the United States before fighting in Afghanistan in the 1980s, is portrayed as the "mastermind behind the September 11 attacks." Along with him are Pakistani Ammar al Baluchi, arrested in April 2003 in Karachi, Yemenis Walid bin Attash and Ramzi bin al Shibh, and Saudi Mustafa al Hawsawi.

In October 2016, then-President George W. Bush approved a new mechanism to try convicts of the "war on terrorism" through a military court system that ignores the fundamental rights of the accused. After more than 15 years of military trials at Guantánamo, it is still not known what substantive laws apply in these cases. The five alleged "co-conspirators" of 9/11 were indicted under that system, but then President Obama stopped the case and suspended the military courts to add more due process protections. But since that September 11, more than 650 people have been convicted of crimes related to terrorism.

The only way to know for sure if these people are really responsible for the terrible events of 9/11 is to allow them a fair trial. Beyond 20 more years of meddling, media and military terrorism and bulk threats, it is something that American justice owes to the hundreds of families who lost three thousand of their own that day: the possibility of justice.

The United States exported the catastrophe, but by prioritizing the profits of the arms industry, a serious injury was inflicted by diverting for military purposes resources that should have been used to combat poverty, rescue public education, health care for the millions of Americans who do not have it or the rehabilitation of infrastructure that today places it far from the rest of the developed world in almost any parameter of well-being.

A report from Boston University points out that the cost of what happened after 9/11 in the so-called war of terror supposedly against terrorism was eight trillion dollars (eight million million), while 40 million Americans live below From the poverty line, 27 million do not have access to health insurance, education is alarmingly deteriorated, and infrastructure conditions are below national and international standards.

The US hawks are not alone, they have the right and the extreme right on their side. Former British Prime Minister Tony Blair, at a conference commemorating the twentieth anniversary of the 2001 terrorist attacks in New York, insisted: "We need more boots [soldiers] on the battlefield to combat terrorism."

Blair gave a lecture on Iraq in 2014 in Florida, where he filled with jokes and funny anecdotes about the war and the postwar period, for which he earned a fortune. But he refrained from speaking about what a few years ago, with absolute impunity, former President George Bush himself had recognized: the reasons ("excuses") for going to war had been "based on intelligence errors."

Since the so-called Monroe Doctrine was established in the United States at the beginning of the 19th century, American interventionism in the American continent has been a common and growing practice, until it has become the right to have its own exclusive area of ​​influence. When the Cold War began, the United States carried out numerous military and secret service interventions in order to destabilize governments not aligned with Washington, accusing them of being communists or terrorists.

The then-senator John F. Kennedy pointed out in 1959 that “In Latin America, the armies are the most important institutions. The money we send them is money thrown down the drain in a military sense, but it is money invested in a political sense.

Some things, such as the enormous asymmetry of power, have not changed, but Washington no longer deploys a single Latin American policy, but rather different bilateral or subregional strategies: Mexico, Central America, and the Caribbean make up a deeply integrated area (through migration and trade) to the United States; the Andean zone constitutes the focus of greatest concern, due to political instability (which they cause) and drug trafficking; while the countries of the Southern Cone have a margin of maneuver that did not exist in the past.

The pattern of inter-American relations today is very different from that of the 1960s, 1970s, 1980s, and early 1990s of the last century. Today the US authorities substituted "communism" for "terrorism" as a distorted prism through which other issues, such as drugs or immigration, are addressed.

Or when a high-level US official wants to intimidate political leaders of a country, as they did with Lula da Silva's Brazil or Evo Morales' Bolivia, and who go up against the rulers of Nicaragua or Venezuela with disparate accusations and sanctions, or when members of Congress or the US media (and even television series) implant in the collective imagination the confused "Castro-Chávez-Lula-Morales-Correa" axis, or of a turn to the left in Latin America, or even from an alleged Chinese threat to America.

The US no longer has the Pan-American solidarity - with an Organization of American States too tied to the dictates of Washington - in frank decline to deal with most of the international issues. The interventions of Chile and Mexico in the UN debates prior to the invasion of Iraq, the South American support for Venezuela's attempt to occupy the regional seat on the Security Council and the wide differences in the way in which Latin American countries and the United States treat Venezuela and Cuba illustrate this point.

But the military presence in "Lapobre America" ​​is still in force: It has just sent 400 marines as humanitarian aid to Haiti. Faced with the failure of the men, President Joe Biden chose General Laura Richardson to lead the Southern Command, the first woman to have such a position.

On his regional tour, he stopped in El Salvador, where the Law International Enforcement Academies (ILEA) operates, considered the new School of the Americas, to train police officers, judges and prosecutors in the hunt for "organized crime," those "extraordinarily dangerous crimes." for the internal security of the United States ”, as defined by Barack Obama. In Honduras, he visited the Soto Cano Air Base, where the NAMRU recently opened a new headquarters - sister of those based in Peru and Ecuador - destined to develop biological weapons. Then he saw the facilities in the Caribbean Aruba and Curaçao, under the Dutch flag and the seven military bases in Colombia.

Richardson also has under his command the Alcántara Aerospace Launch Center in Brazil and, in Chile, the Peace Operations Training Center of Fuerte Aguayo, Valparaíso, a high-level construction that simulates a real city (it was never said why the Southern Command financed it). Chilean investigators Pablo Ruiz and Alicia Lira believe that it is actually a training base "in counterinsurgency where military training was given and where there was and perhaps will continue to be the presence of marines." Ruiz adds that "the US military buys gasoline in our territory, which suggests that Chile is a transit base for the United States Army."

Although for six years the Pentagon has deployed a program called Project Cyber, or Plan X, aimed at developing the "cyber skills" of the best graduates of the prestigious West Point Academy in New York, little is known about it. It is, according to the Army Times , "the latest and newest branch of the army's military career." Richardson has no background in the matter, but a distinguished role is the Defense Advanced Research Projects Agency (DARPA).

Andrés Gaudín considers that if the Plan works and DARPA lives up to its antecedents - the launch of Arpanet, the Internet's precursor program, and later the technology on which the GPS navigation system is based - the general could have a never imagined launch pad. In turn, Jorge Majfud points out that every time Washington put “boots on the ground”, it failed. Or it had a parasitic success, as in the landing in Cuba in 1898, when the “rebellious blacks” had their independence almost won and a new Haiti so close had to be avoided.

Or like in Normandy, known as D-Day , when the Russians had already put 27 million dead on the ground before the Westerners kidnapped all the glory of having defeated Nazism, that thing so beloved and popular among the great American businessmen.

Carolina Vázquez, for her part, indicates that events have shown how human life is an absent factor in the geopolitical plans of nations with power as unlimited as their ambitions. The most worrying part of the equation is the certainty that these overdeveloped nations have created their own monsters, systems whose infallibility is not guaranteed and whose hegemony is as strong as the weakest of their strategists.

They say that humanity only stops before the evidence. The evidence is well known to us. And today, 20 years after New York's September 11 and the invasion of Afghanistan, climate change is no longer a warning or a danger but a fact, as the culmination of a pandemic that continues to kill, that leads to unemployment and hunger to millions. of people and that leaves the future between question marks.

And there, from the old film, Carlitos Gardel, with his hat down on his forehead and on the deck of the ship that returns him to the Río de la Plata, recites the verses of Lepera: “… to feel, that the life, that twenty years is nothing ... "

More stories from Vocal Media Writers Community and writers in The Swamp and other communities.