When Your Government Is The Problem

Meanwhile, In Politics Down Under... 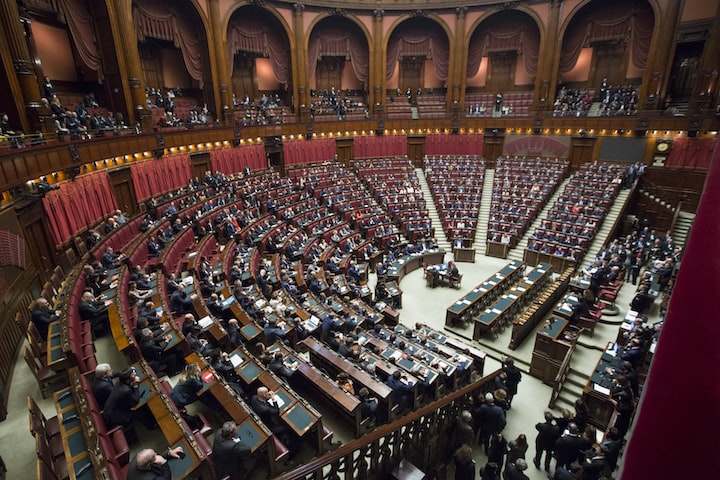 Photo by Marco Oriolesi on Unsplash

*Note for Foreigners: Despite the name, the Liberal-National Party, currently in power and theoretically in charge of Australian Politics, is our Right-Wing. The Trump-Supporting Lunatics equivilent is split between Clive Palmer's United Australia Party, and Pauline Hanson's One Nation.

The Greens are our Left-Wing, and the Australian Labor Party (ALP), the other major political party currently in Opposition, are our Centerists. Independants are scattered across the political spectrum, with more likely to be voted in at the next elections.

Around the world, people are looking to their governments for solutions to dealing with the new Omnicron Variant of COVID-19.

Most of the World.

In Australia, we find ourselves in the same position as the USA during most of 2020: Counting the days until the Federal Election, and hoping that we live to see it and that the brainless masses don't screw us over by re-electing a lying sociopath.

Even if they don't, New South Wales still has another two years stuck with the guy who will go down in history as being responsible for Australia plunging from one of the best COVID-19 experiences in the world, to one of the worst, in a matter of weeks.

It's almost enough to make you miss Gladys.

A few days before the Great Re-Opening, when the 5% of eligible-but-unvaccinated Australians would be allowed to move freely in public again, South Africa reported the Omnicron Variant.

Any sensible person (i.e. most of the public but none of the National Party) would think to themselves "Hm, that doesn't look good, let's push back the Re-Opening a week until we have a better idea of what that new Variant means for us."

So, of course, NSW Premier Dominic Perrottet did the exact opposite, removing not only all restrictions, but also all social distancing requirements, capacity limits and the need to use QR codes to check into shops, cafes and other public venues.

I hope you weren't eating or drinking when you read that. Take a moment to catch your breath and wipe off the screen.

QR Codes and Capacity Limits were re-instated a week later, but the damage had already been done. The number of people being cautious and still signing in paled in comparison to the ones that didn't. Apparently, the need to go shopping for Christmas presents in person trumped the need to listen to the Public Health Officials who actually knew what they were talking about.

Yeah, there's a reason #DomnicronPerrotwit is currently trending. (That's the polite version. The more common spelling is a few vowels away, and risks getting this story censored for offensive language.) Brad Hazzard, the NSW Minister for Health and most frequent culprit of talking over the actual Health Expert and Chief Medical Officer Kerry Chant, also has a new nickname, #BioHazzard.

Given that they were warned about the exact situation we currently face last September, almost four months ago, it's hard to argue.

In the 14 days since this media release, teachers, truck drivers, retail and hospitality workers have been added to the list of professions being asked to come into work while potentially infectious.

Those capable of looking past the plunging approval/popularity polls (i.e. not the current government, but some of the Opposition and nearly everyone who isn't a politician) have been shouting themselves hoarse with how terrible an idea that is, and how, in a few weeks, the consequences will come home to roost with even more Essential Workers too sick to come in, or having quit their jobs in fear of their lives.

Meanwhile, [email protected] smirks on TV and assures us that the economy is too important to endanger by going into Lockdown again, despite numerous surveys proving that the same Small Businesses he claims to champion are unable to open due to lack of healthy staff, and consumer spending is at an all-time low.

See, this winding back of isolation and testing requirements is in response to the fact that over 2000 workers in just our one state, are currently isolating as COVID- positive, or a close contact of someone who is. Entire departments have been wiped out, in a system that was already operating on a skeleton staff.

The Solution? "As long as they don't have symptoms, you don't have to treat them like they're potentially infectious, even though they probably are."

They also changed the definition of a close contact, so it now only "counts" if you were in a residential setting with a positive case for more than 4 hours. Anything less than that: you're fine, monitor for symptoms and get back to work!

I lied to my rostering team to get time off for a test, after 7 alerts of being in proximity to a positive case in a week. They still tried to convince me to get a test later (not actually possible right now; I was in line at 5:30 in the morning and still barely made it to the front of the queue before they closed for capacity) and come in to work anyway.

One of my regulars hasn't been vaccinated at all. Two more have had cancer treatment in the last 12 months. Even the vaccinated ones have conditions that make them more vulnerable than most.

I work in the community, just imagine how much worse it would be if I was hospital-based!

People are driving hours out of the city just to find a site to get tested at, and hospitals are begging retired nurses and doctors to come back to work, even as they cancel the annual leave of those currently employed. Rural councils are offering to cover relocation and moving costs for anyone with medical training, from new graduates fresh from their University Degree up.

There are fewer of those new graduates than you might think. Apparently, a Federal Wage Freeze and Hiring Cap doesn't encourage people to go choose Healthcare as a Career. Who'd have thought?

Rapid Antigen Tests (bearing the unfortunate acronym RAT and leading to a lot of memes and Plague jokes) are sold out, and online sales must be either shipped from overseas - and thus subject to delays caused by, again, lack of healthy workers - or have a waitlist of months.

What good are workplace health policies requiring daily RAT tests when those tests are unavailable? (Unless you're a Hillsong Concert Convention in flagrent violation of the restrictions against singing and dancing, in which case they're handed out at the door by the thousands...)

In another country, we might look to the Federal Government to step in and mandate protections.

In Australia, the Federal Government is part of the problem, refusing to take action until a problem that could have been averted with a small amount of effort, has escalated into a major crisis, and the public outcry is loud enough that it threatens their hopes of re-election.

(My partner's family are die-hard LNP voters who are considering voting Independant for the first time in their lives. They aren't alone.)

Of course, the people most likely to die are also predominantly left-leaning, aka Essential Workers, aka NOT Rich White Old Boys. aka the ones who were never going to vote for Scott Morrison or the Conservative Parties anyway.

Why should they worry if those citizens die off in droves?

If you enjoyed this story, please leave a heart or subscribe. You can also pledge your support here on Vocal, leave a tip, or buy me a coffee