What happened to the outrage over Black Friday?

by Ashley Herzog 6 months ago in humanity
Report Story

The grim consumerist holiday is now lasting much longer than just Friday. How did we get here? 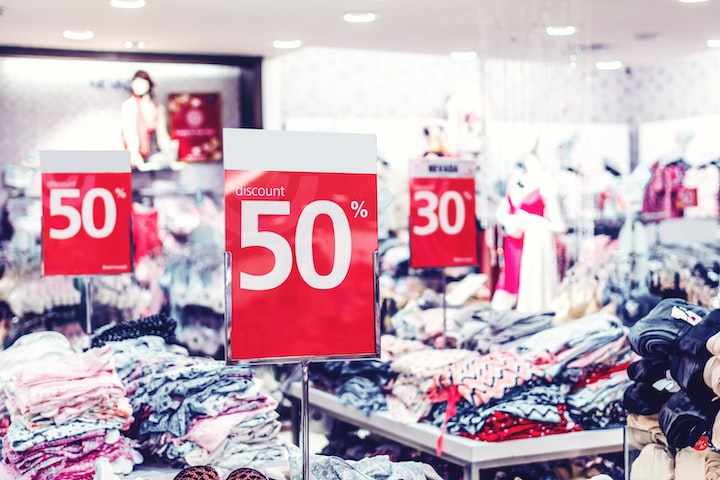 I’ll never forget the Friday after Thanksgiving, 2011. I was vaguely aware of the pseudo-holiday known as Black Friday, but I had seldom participated. On that day, however, I had to go to a local big-box store to get diapers and baby wipes for my then four-week-old daughter, Catherine. As the sun sank in the dreary November sky over Toledo, Ohio, I noticed traffic in this small Midwestern city had slowed to a crawl more than a mile from the mall.

By the time I finally made it inside the store, it was a madhouse. The customers weren’t gleeful, joyfully snatching up deeply discounted flat-screens and Made-in-China Disney figurines. Instead, there was an air of desperation. The crowd looked grim, as if they knew today was their only chance to score a decent deal on a Christmas gift for their kids. And who could blame them? This was just three years after the economic meltdown of 2008, and plenty of middle-class, hardworking people were still feeling the aftershocks. The economy was still in ruins, and just months before, the Occupy Wall Street movement had risen from the ashes. It was a dark, desperate year for many of us, I thought, as I fought my way to the checkout line, using my cart as a shield. I couldn’t wait to get out of that store.

Looking back on that Black Friday now, I can only shrug and say: at least it was Friday.

Thanks to big corporations like Target, who spend the rest of the year carefully cultivating a “progressive” image, Black Friday now begins on Thursday. Just a few years ago, nearly every business in America closed up shop on Thanksgiving, and duking it out with other deal-seekers over cheap electronics and smartphones was unthinkable. Thanksgiving was respected as a national day off, a day to spend at home with family and friends. No more. Target announced a few weeks ago it would open earlier than ever on Thanksgiving 2019, at 5 PM—meaning thousands of minimum-wage employees will have to skip Thanksgiving dinner to control the crowds at a big box store.

What happened to liberal outrage over Black Friday? In the early 2010s, especially during the heyday of anti-corporate-greed movements like Occupy Wall Street, many rightly denounced this fake “holiday” as predatory. During the worst economic downturn in a generation, giant corporations lured in customers with deceptive advertising, ginning up a madhouse atmosphere in which people were injured and killed over cheap goods. A grim Web site called BlackFridayDeathCount.com started tracking the number of deaths linked to Black Friday mayhem—including tramplings, beatings, and shootings. In 2011—the year I first noticed Black Friday taking a decidedly darker turn—the liberal-leaning Washington Post ran an article titled, “Occupy Wall Street? Or Occupy Black Friday?”

We don’t see much of those articles anymore. Are we simply tired of being outraged? Or have corporations like Target “purchased indulgences from the church of cultural liberalism,” as FOX News host Tucker Carlson describes it?

Corporations with questionable morals when it comes to their treatment of workers, like Apple and Target, have embraced the trendier elements of the LGBTQ rights movement for cover. In the spring of 2016, Target rolled out its “transgender bathroom policy” to much fanfare. The company said that, in the name of “inclusivity,” any patron could use any bathroom that fit their gender identity. The company also announced it would eliminate “gendered” toy sections. (Well, sort of: at my local Target, all the dolls and dresses are still in the same aisle, while all the G.I. Joes are in another. They simply removed the explicit signage saying “Girls” and “Boys.” What do they want—a Nobel Peace Prize?)

Making a few cosmetic changes to your store layout and declaring your bathrooms “gender neutral” is easy. Changing your labor practices to stay true to your progressive values—such as walking away from millions in extra profits in order to let your minimum-wage employees spend Thanksgiving at home with family—is hard. Given the choice between liberal ideals about corporate greed and valuing the little guy—especially low-wage workers—and profit, “progressive” corporations like Target choose profit every time.

And low-wage workers aren’t the only people who suffer for our Black Friday excesses. According to experts at nonprofit groups like the Sierra Club, Black Friday also greatly contributes to what liberals say is the most pressing issue of our lifetime: climate change and environmental pollution. This is the biggest day of the year for people to purchase massive amounts of plastic, in forms ranging from excessive packaging to cheap toys—the vast majority of which ends up in the trash within months. “Cyber Monday” isn't off the hook, either. Cyber Monday, or Black Friday for Amazon aficionados, is a big holiday for a lot of self-styled liberal sophisticates, who would do anything to avoid going to their local Wal-Mart to buy toilet paper and stand in a check-out line with the people they sneer at on Twitter. These so-called progressives often pride themselves on ordering everything on Amazon—even basic necessities like paper towel and cleaning supplies. All that shipping packaging creates an enormous amount of waste. And much of it is non-biodegradable plastic that goes straight into the trash.

How much greed, excess, and environmental destruction is enough to make liberals say, “No more?” How hard is it for Target to say, “Sorry, but we can’t participate in Black Friday. It promotes materialism and waste, and we’d rather give our workers the day off to enjoy spending time with their loved ones”?

But hey—at least the bathrooms are gender-neutral.

If you like my work, feel free to tip your writer.

More stories from Ashley Herzog and writers in The Swamp and other communities.