The Price Of Being Black In America: How Wall Street Makes Millions Off Of Police Brutality.

by Whitney Smart 11 months ago in finance

The Seedy Underbelly Of Capitalism In America. 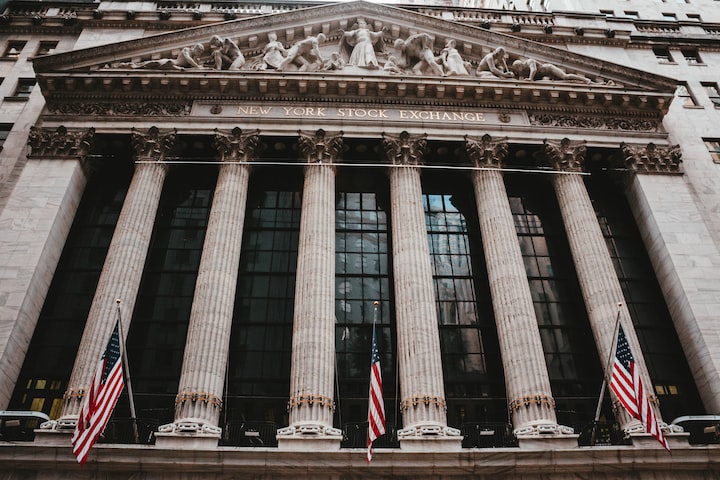 Very little surprises me these days when it comes to anything dealing with racism, white supremacy or white privilege. I’m even less surprised by the ruthlessness that is the American capitalistic economy and what it breeds in some people. But I must admit, when I first heard that Wall Street, big banks and wealthy investors were making hundreds of millions of dollars off of police brutality cases, it not only brought American capitalism to an all time low in my eyes but reminded me that this is really nothing new. The history of this country was built on stealing lands and stealing people to build the “American Dream.” That system has flourished for 401 years. Why should the fact that some white people continue to make money off of the backs and deaths of Black people be any surprise when there is a racist in the oval office?

Here’s how it works. Cities across the country, when faced with incredible settlements and legal bills have a few different ways of how they can come up with this money. Some cities have dedicated funds that they set aside when they receive their annual budget allocation, and some cities have insurance policies. Other cities finance their legal obligations by issuing municipal bonds to fund day-to-day obligations and capital projects, similar to how money is raised for other ongoing priorities such as schools, highways, hospitals, infrastructure or public parks.The bonds are not secured by any assets, meaning the government has the authorization to apply certain fees, such as taxes, highway tolls and lease fees, toward interest payments, according to the U.S. Securities and Exchange Commission. As stated in an article on Vice Media, this is where Wall Street makes big money with virtually no risk. “Big banks compete to underwrite these ‘general obligation bonds’ because they pay out millions in fees. Then, they sell the bonds to high-net-worth individuals and hedge funds, which collect interest as high as 7%. These so-called “police brutality bonds,” as they’re colloquially known, “quite literally allow banks and wealthy investors to profit from police violence,” according to a 2018 report from the Action Center on Race and the Economy. The bonds are also backed by the “full faith and credit” of the issuing municipality, which means the city can do just about anything to service that debt — including raising taxes. Since cities rarely default, the bonds are nearly risk-free for investors. And although taxpayers normally foot the bill for police settlements, the added interest on the bonds can nearly double the costs.”

I want you to take that in for a moment. With almost no oversight from taxpayers, elected officials are issuing municipal bonds to pay off police misconduct settlements, and investors and banks profit from collecting interest. Banks collect fees for other services related to the bonds, such as remarketing fees. Other fees include legal, printing, and underwriting. But the payments for these services aren’t spread out over time like the interest payments. Banks take their cuts of the proceeds even before the deals are done. Using bonds in this way can nearly double the costs of the original settlement. And all of this is paid for by the taxpayers. It is estimated that a bank or firm can collect more than $2 million in fees from a $200 million bond issuance, according to the ACRE report. This is a direct transfer of wealth from overpoliced communities of colour to Wall Street and wealthy investors who are primarily white. As outlined in an article published in USA Today, “municipal bonds appeal to an investor or bondholder because, in addition to a guaranteed income stream, interest is exempt from federal and, under certain conditions, state and local taxes, according to a guide released by U.S. News & World Report.” American taxpayers may not fully realize that while (individual) law enforcement officers are not paying anything out of their own pockets for any wrongdoing, state and local governments are paying huge sums of money out as a result of their misconduct from taxpayer dollars. An estimated total of $837.8 million was spent on bonds in Chicago, Cleveland, Lake County, Indiana, Los Angeles and Milwaukee from 2008–17. Investors received $1.03 billion in interest while taxpayers paid $1.87 billion, according to the ACRE report.

These numbers are staggering. While bond issuances for police brutality do not happen in every single city, they happen in enough cities to accumulate over $1 billion in interest for investors and nearly $2 billion in debt for tax payers across the country. As a Black woman, I imagine all the good that could have been done in many of these communities if that money had been raised to be invested back into them. There has always been a disparity in how communities of colour are policed and invested in. But to see it all plainly laid out like it as been in the ACRE report is extremely disturbing. To see that the body of a Black person to some white people is more valuable in death than it is in life is very reminiscent to me of the “good ole days of segregation,” as Senator Lindsey Graham phrased it in the Supreme Court confirmation hearings of Amy Coney Barrett. White supremacists and racists burned Tulsa, OK to the ground because Black people were self sufficient and had their own thriving economy that wasn’t based on being dependent on white people. Now, many of our Black communities are struggling and have been for decades. We have watched as white flight took place over the years in many neighbourhoods and property values declined. As that happened and Black and Brown people were not properly accounted for in the U.S. Census due to low completion rates and gerrymandering, these communities continue to be purposefully underfunded by elected officials to ensure the money stays within the affluent, predominantly white communities. As a result, the economic hardships have driven crime up and once drugs were flooded into the Black and Brown communities, it was a perfect storm for self destruction. Coupled with little to no resources for Black mental health to help us deal with all of this, it has created the current environment many of us are living in.

Accepting the reality that there are truly people in this world who think it’s okay to profit off of the deaths of Black people at the hands of police officers seems to be one of a thousand almost impossible pills to swallow in 2020. More and more I feel like this was a year not just of shift and massive transition and transformation, I also deeply feel it was the year of revealing hidden truths that needed to be exposed. As we as a people and consciousness are shifting to a whole new level, there can be no more falsehoods about where we are at as a society and as a country. We can no longer return back to whatever normalcy we had prior to this pandemic. As we go back into lockdown for the winter, white people as a whole are being forced (again) to confront some very ugly realities about what they are knowingly and/or unknowingly participating in. It has been very illuminating to me personally to see so many people I’ve known for years go either silent or completely turn a blind eye to what is happening. These are people who in some cases have Black family members, Black children, Black partners and Black friends. And they cannot be bothered to continue fighting for Black lives as they are tired and exhausted from talking about race and ethnicity all the time and having to confront their own problematic behaviour. I wish I had the luxury of being able to turn away from the atrocities being committed every single day against my community. Full disclosure, sometimes I wish I could run away somewhere and completely disconnect from the world and all its prejudice bullshit and madness. But I am very aware when I made the choice to come into this world as a Black woman to ultra Black parents, I forfeited any right to go unseen. I gave up my right to pass by injustices and not do anything about them. Because as I’ve learned, whether I want to see or acknowledge my Blackness, the world will only and always see me as a Black woman first. Secretly, I am realizing more and more that what I thought might be my Kryptonite is really my super power. I am a Black woman with an articulate voice. It is my responsibility to use my platform for those who are no longer here to speak for themselves. It is my duty to honour all of my fallen brothers and sisters whose lives have been cut short and taken way too soon for nothing other than the colour of their skin. I am the fruit of my ancestors seeds. And I am my brothers keeper. As long as there is breathe in my body, I will continue to speak and fight for those who are no longer here to do so for themselves. And I will not sit back and allow greedy white Americans who could care less about Black lives, make a profit off of them. Playtime is officially over.

Receive stories by Whitney Smart in your feed
Whitney Smart
Read next: New Mexico—It's like a State, like All the Others!