by Frederico Costa 11 months ago in president

To get an idea of ​​what the future will look like, we should look at what is happening in Latin America and Asia. 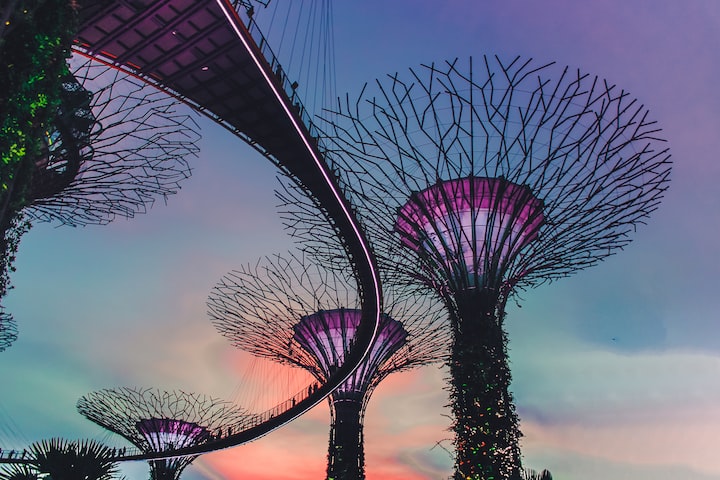 Photo by Victor Garcia on Unsplash

Bolivia changed their political course in a historic presidential election last Sunday. The economist Luis Arce Catacora, former Evo Morales economy secretary, is the country’s new president. The former president Morales resigns under the military and opposition in November of 2015.

To get an idea of how will be the future, look at what is happening in Latin America and Asia. China will top the list of leading countries in new technologies that will change our lives on Earth. Besides Brazil’s political situation now, South America is giving tangible signs of significant changes based on more equality.

The pandemic accelerated changes that could take decades to happen. On Sunday (10/25), more than seventy percent of Chileans voted for the extinction of the current Constitution, maintained since the dictator Pinochet’s government. After months of protesting, the country’s population is on the streets celebrating the victory. Although there are still countries struggling to stop authoritarian governors, we have seen significant advances on the other side.

For the first time in history, a South American country will have their New Constitution written by a group where 50% of seats are for men and 50% for women. They also decided that the indigenous population need to have a voice in this process. Changes like this one in Chile have already eco in their neighborhood. Brazilian politicians from left parties celebrate both recent events on social media. The Brazilian Congresswoman Jandira Fegali praised the population that fought for the conquests in the neighboring countries.

In an interview for El País online Portuguese edition, Arce says the Bolivians have a lot of work to rebuild the country. Neither party (Movement for Socialism) nor he is looking for revenge against those who removed them from the presidency.

The young Latin-American democracies are fighting for a long time to change their political, social, justice, and economic systems. Colombia years ago had a massive victory against narcotraffic, changing its route for the better. The Colombians are building a new country, respecting the environment, and showing worldwide that it is necessary to transform urban areas to coexist with Nature.

Singapore is the best example of how cities can become better places worldwide. CIO Magazine says this about Singapore,

“Self-driving vehicles, dating apps which give out relationship advice, humanoid robots that crack jokes and get upset. With a global market that is expected to reach US$35,870 million by 2025 from its direct revenue sources, artificial intelligence (AI) is no longer just the subject of science fiction books. It’s already here”.

A video from The World Economic Forum introduces Singapore as “a city engaged in a new construction approach called the biophilic design.”.

Tan Shao Yen, Board of Architects Singapore’s president, says the concept of bringing nature inside the city, inside the buildings, and over. Marina Bay has probably the most futuristic design we have ever seen before. Immense purple structures remind us of a lot of the movie Avatar, made by James Cameron in 2009.

Bubbles of the future are emerging worldwide as cities like Shanghai in China or recent discoveries in medicine like CRISPR treatment bringing possible cure of diseases through the edition of our DNA.

After seven months of the pandemic, it’s ok to believe that all the political, social, and technological movements drive us to genuinely challenging times. In a New Age, a massive number of scientists think it could also bring a much more equal world.

The stories here are about happiness, frustrations you may feel, trends, lessons learned, LGBTQ rights, environment, and Brazilian culture. I studied journalism and marketing in Brazil, where I was born and raised. Living in the USA.