by Samantha Garcia 2 years ago in history
Report Story

aka The Revolutionary War 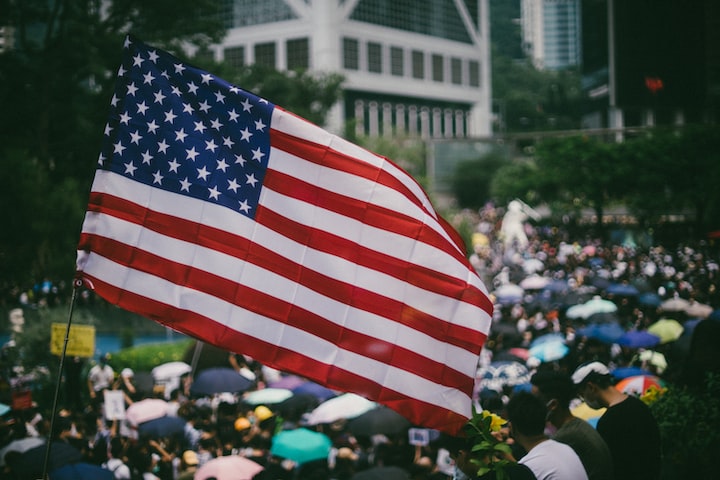 As many Americans should know, we gain our freedom from opposing England. The Revolutionary War (or more commonly known as the American Revolution) is apart of our American history.

"When George III assumed throne of Great Britain in 1760, no one on either side of the Atlantic imagined that within two decades Britain’s American colonies would separate from the empire. But the Seven Years’ War, which left Britain with an enormous debt and vastly enlarged overseas possessions to defend, led successive governments in London to seek ways to make the colonies share the cost of empire. " (Foner, 2014)

The basic nature of the conflict between the American colonies and England was caused by the tension between the American colonies' wish for the right to self-govern and England’s need for income. Great Britain was in charge of the taxes and taking away basic principles. They caused them to house the Britain soldiers. England created unnecessary taxes and forced the colonies to pay them for principle goods such as sugar, stamps, and tea. In the American colonies, the people who inspired the Revolution were Patrick Henry with his speeches, and Thomas Paine with his writing. Such as, Common Sense, a book that gave the average person the idea that their concerns counted equally to those of the elite class. With Common Sense, Thomas Paine challenged the British government and the King with his writing.

American colonists became outraged, because of Britain’s new policies after the Seven Years’ War. Not only did they not agree with the taxes, but there were also riots due to families forced to house Britain’s soldiers. The Tea Act created the motivation for the Boston Tea Party. The “point of no return” took place due to the Tea Act of 1773. Foner wrote, “On December 16, 1773. A group of colonists disguised as Indians boarded three ships at anchor in Boston Harbor and threw more than 300 chests of tea into the water.” The American colonists decide to commit treason to represent an uprising against the taxes and the British King. Not long after the Boston Tea party happened in 1773, the Boston Port Act got created and put into action in 1774 of March. This was to discourage the coming and going of manufactured goods from the ships bound for the Boston Harbor from England. It created a big separation between the British and the American colonies. Years later in the Revolution, the colonists decide to pick George Washington as Commander-in-Chief. This was a major reason leading up to the revolution because a leader needed to be elected in place.

The American Revolution led a struggle for both the American colonists and the British. Thus, they had many difficulties to face in order to obtain liberty and independence. The American colonies were at a disadvantage. They had a shortage of trained soldiers and manufactured goods. Likewise, the red coats underestimated the greatness, vast area of the North American continent. For instance, the distance that they would have to travel to transport men and supplies. The British didn’t acknowledge the allied stand that the Americans shared to win for their liberty and independence. Patriots were the moving force of the Revolution. The American colonists had to prepare to win the war for independence. They had to train the volunteers and farmers to learn how to fight against the real British soldiers. For the British to have won, they should have taken the Americans more seriously and better planned their military tactics. For the American colonies and the British, there were challenges for both groups. Each side had to learn to triumph over each other and the decisions that were made sooner or later decided the outcome of the war.

Many people wonder how the Revolution actually affected America. For England, it changed the government placement from a distance to local. But for America, it had a huge impact on our progression of an independent free country. The Constitution of the United States of America helped the creation of laws that are still mainly followed today. Which also established the natural rights of the people and a law system chosen by the people. The Boston Tea Party was a turning point in the Revolution. It allowed people to realize that rebellion was acceptable. It changes the society in believing to achieve liberty. After a few years later, the United States became its own nation. The American colonist finally achieved their goal of getting independence.

More stories from Samantha Garcia and writers in The Swamp and other communities.