Russia Is Failing While Ukraine Is Rising.

by Nicholas Bishop 24 days ago in controversies
Report Story

Ukraine Will Be Around Long After Putin Is Gone. 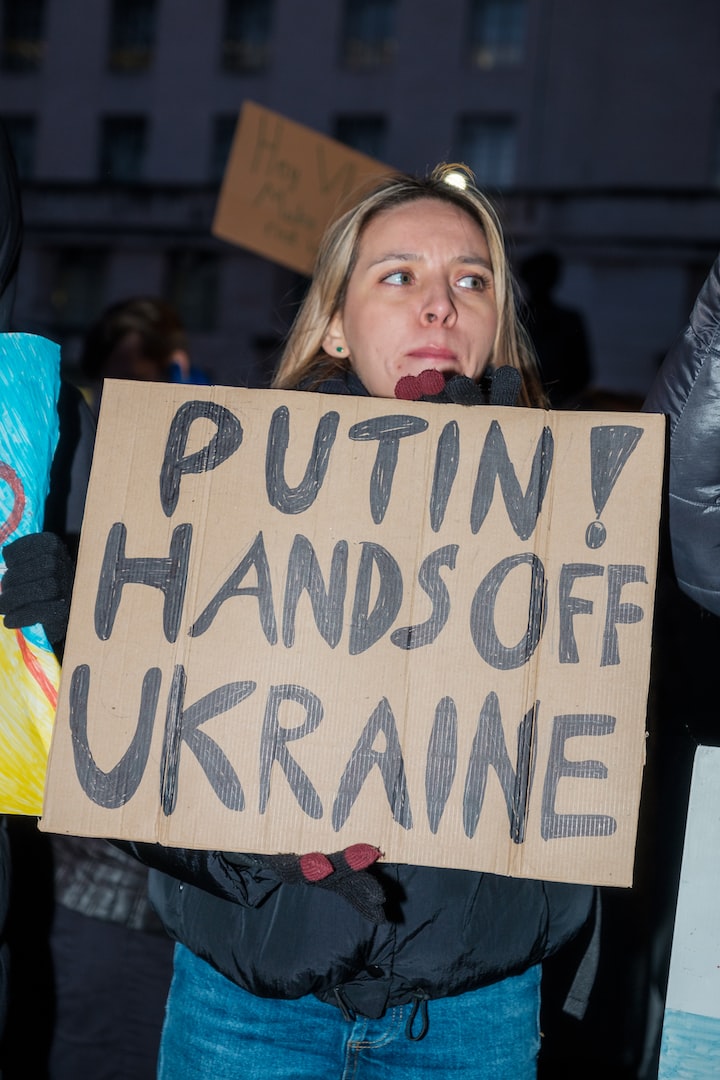 Antony Blinken visited Vlodimir Zelensky to announce US diplomats would return to Kyiv. Mr. Blinken at the Polish border later announced that Russia's war aims were failing. Its economy was tanking because of harsh sanctions and people were leaving Russia en masse. Also, a new US Ambassador would be presented to the world shortly. Mr. Blinken added that "Ukraine will be around a lot longer than Putin's Russia"

The US will pledge $322 million in arms and cash to help Ukraine. This is £251 million in UK Pounds Sterling. It is no doubt a combination of true grit by Ukrainian fighters and sophisticated Western arms that has seen off the Russians. One cannot forget the example of President Vlodimir Zelensky. This former comedian has made Putin's war aims to look like a comedy. This man did not leave his people in their time of greatest struggle. If anyone has been an example of a Churchillian war leader it has been Zelensky. Whatever the fate of Ukraine Zelensky will be remembered historically.

Antony Blinken correctly said that Russia thought with its economic and military might it would crush Ukraine. But Putin has miscalculated big time with hundreds of dead Russian soldiers and tons of destroyed equipment. Of course, that's not to say Ukraine has not paid a price it clearly has. Towns and cities have been destroyed, civilians have been killed, the Ukrainian military has paid a price, and thousands of Ukrainian civilians have fled.

Right now the Russians have turned east with hopes of a quick victory. Conflict erupted between Ukrainian armed forces and Russian-backed rebels when Russia seized Crimea. The Conflict has been raging right up until the Russians invaded Ukraine. Now Russia like a criminal returning to the scene of a crime is back in the east. This region is known as the Donbas with many Russian speakers. Has Russia learned from its failure in western Ukraine? A new military general has been appointed to oversee the campaign in the Donbas. Will this new general reverse Russia's losses and conquer eastern and southern Ukraine? Certainly, if Russia is successful this time it can link up with the part of Moldova it controls.

With the Russians now largely operating in the east is the rest of Ukraine safe? Well, since the sinking of the Russian warship Moskva Russia fired missiles at Kyiv. Targets are still being hit all over Ukraine by Russian bombs and missiles. It seems the Russians are indiscriminate in what targets they choose.

With American diplomats back in Kyiv will Russia be less loathe to attack it? Russia will know that if any of its missiles hit diplomatic offices there could be consequences. Especially, the US, UK, or any other Western embassies that are members of NATO.

It's a wonder Vladimir Putin did not try to influence the French elections. Marine Le Pen has been and probably still is a supporter of the Russian President. However, in this Presidential election, Le Pen has tried to play down her connections to the Kremlin. Marine Le Pen has done very well in this election. However, Macron still got enough votes to resume being President. None of the French electorate it would seem were taken by either candidate. The French electorate has voted it could be stated for the lesser of the two evils. If Le Pen would have won Putin might have been the first to congratulate her. Hoping that in Paris he would have a supporter and a friend. With Emmanuel Macron winning Putin has an enemy in Paris instead of someone more compliant to his whims. Putin still has friends in this world but they themselves are few and far between. Putin wanted to separate his Western opponents but instead by his actions he has united them.