by Shandi Pace 2 months ago in history

On April 4, 1968, Robert F. Kennedy gave one of the greatest speeches by any American politician over the last 100 years.

On April 4, 1968, Martin Luther King Jr. was tragically shot by James Earl Ray outside of the Lorraine Motel in Memphis, Tennessee. While the country went up in flames, there was a calming voice that arose from the ashes. That very same night, Robert F. Kennedy gave one of the greatest speeches by any American politician over the last 100 years. On what would be Kennedy's 94th birthday, let's take a look at the politician's most heartfelt and progressive statement of his entire career.

After the announcement that he would run for President of the United States earlier that year, Bobby Kennedy had decided to go against the sitting president, Lyndon. B. Johnson, to help lead the American people in a more progressive direction. On the night of April 4, Bobby was on his way to a presidential campaign stop in one of the most dangerous parts of Indianapolis. Before leaving for the event, his press secretary, Frank Mankiewicz, had heard that King had been killed by a white man. 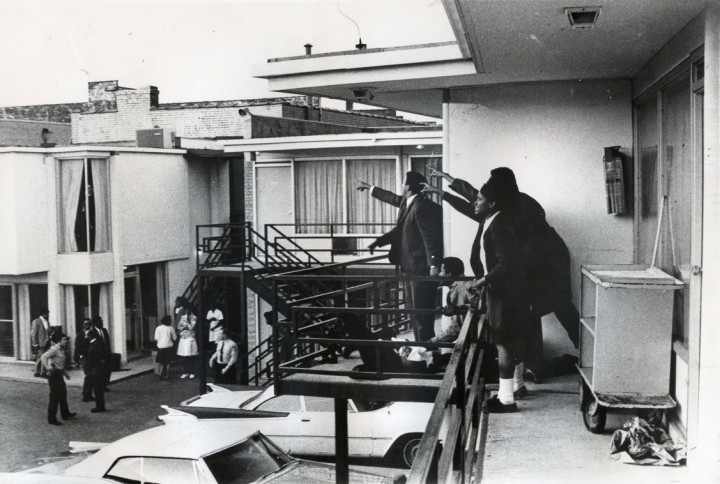 Kennedy’s political advisors wanted to immediately call off the event, citing that it was far too dangerous for the candidate to attend. Police officers even insisted that they would not provide any protection. Instead of following orders, Bobby left with a few of his staff members to deliver what’s known as his most renowned address.

In the car ride over, Kennedy drafted a statement that highlighted quotes from some of his favourite passages. By the time he arrived, the crowd had yet to hear about King’s death, which led to Bobby having to break the news himself. Several screams and sobs were heard throughout the crowd as Bobby delivered the message.

“I have bad news for you, for all of our fellow citizens, and people who love peace all over the world, and that is that Martin Luther King was shot and killed tonight.”

With his handwritten notes, he then expressed what made King such a powerful voice in both the black and white communities across the nation. Doctor King was able to understand the two races and replace violence with compassion, just as Bobby had learned to do over the last few years.

As attorney general for John F. Kennedy's administration, Bobby was tough on crime and didn't take a sympathetic look to the civil rights movement until near the end of his brother's rule. By the time Bobby was campaigning for his own presidential nomination, he had changed his views on the world to become much more progressive. 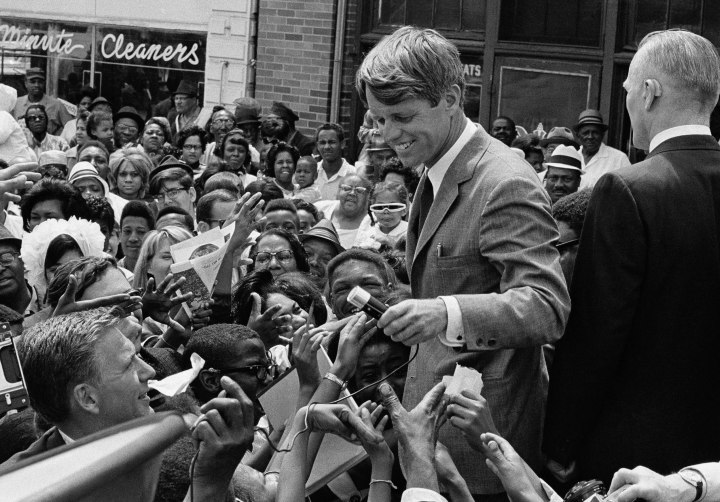 Jack's death signalled a change in Bobby's character. Once he got himself out of such a depressive state, Bobby began to realize just how important empathy was to others. Revealing this vulnerable side to people could show them a new level of understanding that they'd never seen from a politician before this moment. Bobby needed to experience a significant loss to truly understand what pain others were going through.

At this point, the after-effects of segregation were causing a division between white people and black people throughout the United States. Bobby could see this separation happening and knew the loss of King would only hurt even more. King being killed by a white man didn’t seem to help matters either. 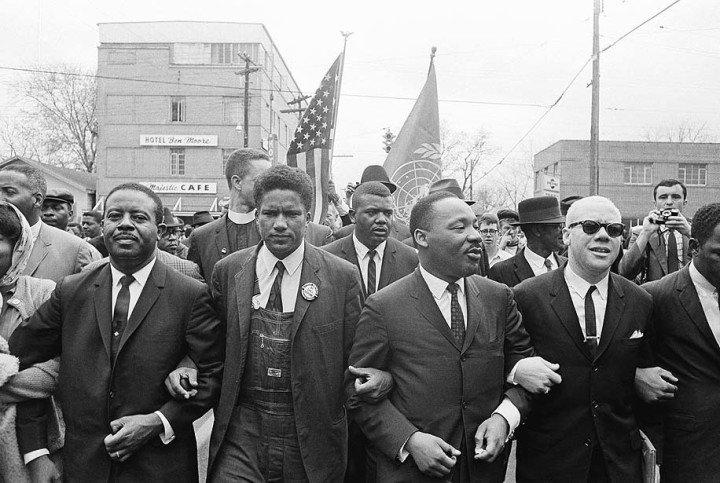 “For those of you who are black and are tempted to be filled with hatred and distrust at the injustice of such an act, against all white people, I can only say that I feel in my own heart the same kind of feeling. I had a member of my family killed, but he was killed by a white man. But we have to make an effort in the United States, we have to make an effort to understand, to go beyond these rather difficult times.”

This was one of the only times Bobby had ever personally referred to Jack while campaigning. Whenever he talked about Jack, Bobby would often use the term “President Kennedy” as it distanced himself emotionally from the late politician. On multiple occasions, when Bobby did speak about Jack his voice would crack, or he would break down in tears once he was out of the public eye. Regardless of how hard he tried, Bobby could never forget about what happened to Jack. 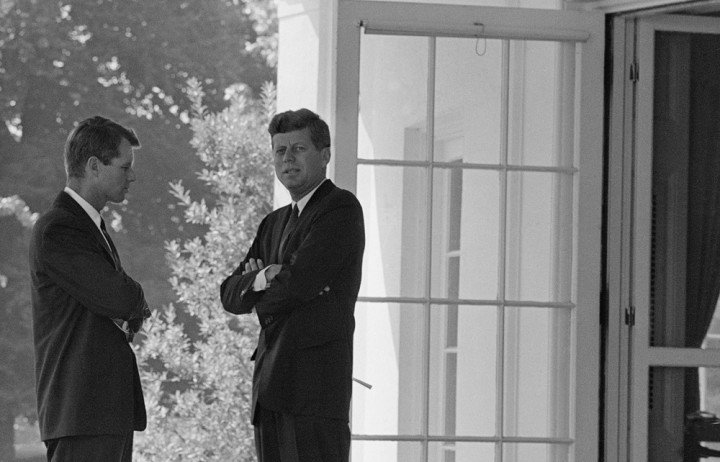 “My favourite poet was Aeschylus. He wrote: ‘In our sleep, pain which cannot forget falls drop by drop upon the heart until, in our own despair, against, our will, comes wisdom through the awful grace of God.’”

Aeschylus was mentioned to show that sadly, we as a people will only gain insight about others through awful events like the one that occurred that fateful night.

Greek philosophers were also mentioned as a way to connect the past to the present. Bobby wanted to show that for hundreds of years, we’ve been trying to learn how to become less violent. Preferably, we must grow to be more compassionate towards each other.

“Let us dedicate ourselves to what the Greeks wrote so many years ago: to tame the savageness of man and make gentle the life of this world.”

Bobby let it be known that this wasn’t going to be the end of violence. Instead, we have to work continuously together to improve the relationships between races in the United States. Despite being less than six minutes in length, this speech voiced Bobby’s concerns for the entire nation. Losing such an influential leader for the civil rights movement meant that he was going to have to work even harder to give minorities a platform they could trust.

Two months after this speech was given, Kennedy himself met the same fate as two of America’s other great leaders of change. A gunshot to the back of the head after his last public address at the Ambassador Hotel in Los Angeles, California, is how Bobby left the world. 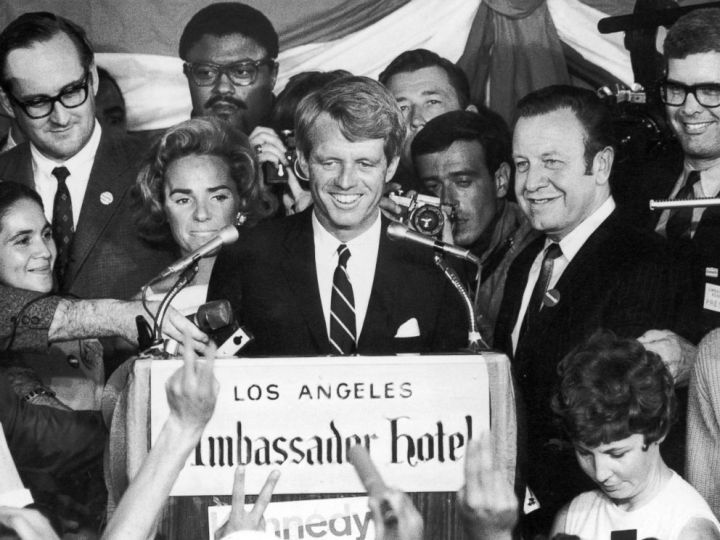 The speech given after Martin Luther King's assassination is one that we should remember Bobby Kennedy by. It still lives on in history books and documentaries. It even has a place on the stone wall that faces Bobby’s grave at Arlington National Cemetery in Virginia.

This speech showed that one man can still make a difference, even when they face challenges in their lives. Over 100 cities across the United States turned to violence that fateful night, but because of Bobby Kennedy, Indianapolis was not one of them.