Dear South Asian People: We (Black People) Are NOT The Problem.

by Whitney Smart about a year ago in controversies 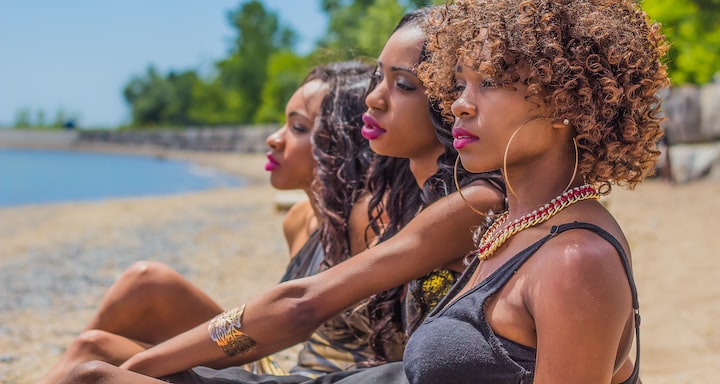 Photo by Jovaughn Stephens on Unsplash

It is only Thursday, and yet this week alone has felt like a lifetime. Between the shooting of Jacob Blake, a 29-year-old unarmed Black father who was shot in front of his kids 7 times in the back on Sunday, or the Republican National Convention which started on Monday and has spewed hatred and fear of Black people to their primarily white Anglo base all week, this week has been soul-suckingly long already. There have been protests raging in the United States, NBA players have announced they are boycotting (striking technically) the games that were scheduled to be played and MLB and MLS teams are following suit, standing in solidarity with their athletic colleagues. And in the midst of all of this, Black people are facing another all-too familiar attack from another marginalized and racialized group of people, who have suffered similar traumas due to colonialism, white supremacy, racism and the class system. As some of you in the Black community have heard, there is a popular Indo-Caribbean restaurant that is frequented by us and recently, the manager of one of the locations who happens to be a family member of the owner of the restaurant made some extremely racist and ignorant comments on social media regarding the current state of affairs between law enforcement and the Black community. His comments have caused backlash and quite a stir, some calling for complete boycotts of their businesses both here in Toronto and in Trinidad & Tobago. As someone who has Indo-Caribbean friends, I really wanted to take a moment to address some of the history and foundation of where this stems from. It’s roots are deep in the very white supremacist, racist and anti-Black rhetoric we are currently witnessing.

The Black and Indo-Caribbean community have historically had their issues. Most of this is rooted in colonization, the aftermath of slavery and class standards that were entrenched into South Asian and Black culture when the British occupied India and parts of the West Indies. To understand how deeply rooted this is and how far it goes, you have to understand a little bit of Caribbean history. In the early 19th century, the slave trade was abolished in the West Indies. Islands like Trinidad & Tobago, Jamaica and Guyana known as the sugar colonies no longer had a slave population to work their fields during the Sugar Revolution. So the British East India Company, which would officially govern India as of 1857, legalised the emigration of Indian indentured labourers to the West Indies in November 1844. This became a viable source of cheap labour for the plantation owners as the newly freed slaves refused to work for low wages. By importing labourers from India and because of the sheer number of people willing to come over and work for next to nothing, this diminished the competitive leverage and bargaining power of the newly freed slaves, marginalizing them within the colonies. This set up the grounds for the pitting of Black against Brown people in the Caribbean. The whole point of the indentured servitude system was to demonstrate the superiority of using “free” people for labour versus using slave labour for production of products for the imperial market. In a nutshell, it was a hollow attempt at white British people justifying modern day slavery by paying the labourers a pittance. The original lengths of the contracts were typically 5 years at a time with a salary of 11 cents USD per month plus rations. There was also a provision in the regulations set forth by the East India Company that emigrants were to be returned to their port of departure at the end of their tenure. This system became so profitable and successful for the British, that other European plantation owners began setting up agents in India to recruit labourers. The owners started pressing for longer contract terms. To incentivize the labourers to stay, some colonies offered money to any person who stayed on and renounced their claim to free passage back to their home country after their contract ended. In Trinidad & Tobago, the country my mother’s from, they offered labourers a stake in the colony by providing incentives to Indians to settle when their contract expired. They paid money to everyone who forfeited their return passage back to India and provided land plus cash. For any new emigrants coming in to work, they would not be put on a plantation with a 7% or higher death rate.

The history of Africans in Trinidad & Tobago is very deep and interesting. The Spanish ruled late 18th century Trinidad and in 1783 under the Cedula of Population, the government invited French Catholic planters to come to Trinidad with their slaves to develop the island. They were offered free land grants and were exempt from paying most taxes. Initially they planted cotton, cocoa and coffee but eventually sugar became their main and most important crop. Because the demand for sugar was so high in Europe as was the selling price, planters looked for more slaves to work their plantations. The slaves were made up of Creole (slaves of French masters born in the Caribbean) and Africans imported via the slave trade. In addition to the French Catholic planters, the Spanish extended this offer to manumitted Africans and free people of colour (mulattoes). They were given free lands to develop and under the Cedula, were granted equal civil and legal rights and privileges. This was later challenged by the British in 1797 when they conquered Trinidad and ceded control from the Spanish. Led by Jean-Baptiste Philippe in 1823, the people of colour petitioned the Colonial Office for reinstatement of their rights. 6 years later in March 1829, the Order in Council granted complete equality. Trinidad became the first British Caribbean colony where people of colour had gained their full civil rights. This created an avenue for the development of an educated Black middle class.

So with all this rich, diverse history of both the Black and Indo-Caribbean population, why so much discord? There are two main reasons rooted in the history of how these two groups of people were brought over to the West Indies, particularly Trinidad. First, as bad as indentured servitude was (and it was, make no mistake), indentured servants were still considered a human being, albeit a lowly one. Second, their servitude had contractual terms and had an end date. They also had different incentives provided to them when their contracts ended. While most of these were unattainable, there were still limits and provisions made for indentured servants. There were rules around physical punishments and how they were to be treated, as laid out by the East India Company’s Regulations of 1837. This was not the case for enslaved African people and those born into slavery. They were considered property; things. They weren’t considered human and had no intrinsic value to white colonizers outside of their economic purpose. This has fundamentally been the main two points of dissent between the Black and Brown communities of Trinidad. These sentiments, angers, deep hurts and divisions have ripped through our collective communities over centuries and the chasm seems to be widening and not closing. More issues have developed and added additional layers of racial traumas we as Trini’s are still working through. There has always been a mixing of ethnicities; that does not preclude that there is unity and harmony within those communities. My great grandfather on my father’s side and his parents (my great great grandparents) were full blooded East Indian. My great grandfather was a first generation born Jamaican. His parents came over from India as a part of the indentured servant class who came to find a better life and also to escape the famine and great economic depression that was raging across India at the time. He met my great grandmother who was a former slave and they had my grandmother. My great grandfather was born free. My great grandmother was not. He was Indian. She was Black. They were both poor but they loved each other enough to have a huge family, full of children, grandchildren and great grandchildren. I literally would not be here if it hadn’t been for them and their sacrifice and love of and for each other.

As I see the current divisions in both of my communities, I am deeply saddened. I have heard the rhetoric of both Black people who do not like South Asians, and South Asians who do not like Black people. I have had some of the most hurtful comments about colourism and skin tone (lightness or darkness) from South Asian women said to me directly. I’ve heard South Asian men blame Black people for their challenges and attempt to compare indentured servitude with anti-Black racism as if we are in the Oppression Olympics and we are trying to figure out who’s had it worst. And while I have full sympathy and empathy for my South Asian ancestry and my great great grandparents, I will never believe that indentured servitude is the same is slavery. Because it absolutely was not. Indentured servants were still considered human and had rights. While the pay was garbage, they were still afforded a salary, food, a ticket home if they wanted it, or land and money if they didn’t. Enslaved Africans were never afforded any of these rights. Enslaved Africans were not considered human. They had no rights and freedoms while they were emancipated. They were beaten and tortured if they did not work. They were raped. They were lynched. They were murdered. There is no comparison.

I long for a day when Black and Brown people can finally realize that we are stronger together than we ever were apart. I wish more Black and South Asian people would study up on our history and understand the divide and conquer play that the British used against us. They were terrified of Black and Asian communities coming together and rising up against them, as had happened in other colonies like Haiti. James Anthony Froude quoted in his book The English in the West Indies, said “The African and the Asiatic will not mix.” They knew that if we ever knew how strong we were as a coalition that it was over for them. We had the strength and we had the numbers to overthrow them. And it scared them. So they used racism, colonialism and aspects of the caste system to keep us apart. I truly wonder if the day will ever come when we will make a conscious choice to beat them at their own game and stand together in solidarity? A wild thought and a crazy hope, I know. But wouldn’t it be something to behold?

Read next: We Are the People Behind the Statistics