by Grant Patterson 12 months ago in controversies
Report Story

The resurgence of the Wuhan lab-leak hypothesis deals the scientific community and the media credibility blows they cannot afford. 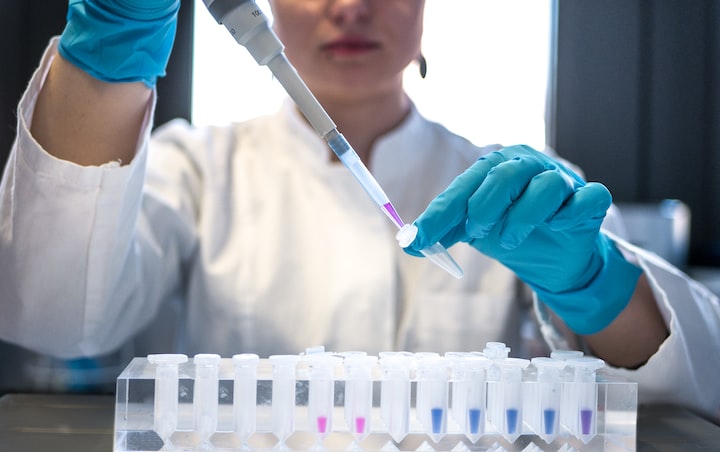 Photo by Julia Koblitz on Unsplash

As someone who dares to question certain commanded wisdom concerning the COVID-19 epidemic, let me just say this: I believe in the virus, I’ve gotten my first shot (that’s all my hapless Canadian government can supply at this time), and, what’s more, I am a survivor.

I recently got out of hospital after an eleven-day struggle with COVID-19, one that saw me rushed to the ICU by ambulance, and left me doubting my own odds of making it.

I am not an anti-vaxxer, nor am I a tinfoil-hatted conspiracist.

I believe in science. Not in unquestioning obedience to anyone wearing a white coat with “Doctor” on their name tag; no, I believe in the scientific method as the best way to understand the world we live in.

Now that we’ve got that behind us, allow me to say this: Two things happened this week that really startled me. One was the resuscitation of the Wuhan lab-leak hypothesis for the origins of COVID-19. The other was the admission, in some quarters of the media, that the hypothesis was suppressed for political reasons, and that this suppression was most unwise.

I have to say, I’m rather more hopeful about human intelligence and integrity than I was this time last week. But mea culpas do not restore credibility to damaged institutions, at least not immediately. The scientific community will have some serious explaining to do. The media, even more so.

To be clear, the hypothesis that the COVID-19 pandemic originated in the Wuhan Institute of Virology is just that: a hypothesis, until proven by evidence. It is by no means established that this is why we have 3.5 million freshly dug graves on this planet; one of which was almost mine.

But the now widely acknowledged fact that this hypothesis was rejected out of hand by the scientific community, without the most basic inquiries being conducted, is a damning indictment of the current heavily politicized state of science. There is no excuse for this.

Here’s how it’s supposed to work: In any investigation of an emerging virus, the first step is the gathering of hypotheses into its possible origins. Provided these hypotheses do not violate the laws of the universe, they must be investigated and proved or disproved.

In this case, the system broke. Why?

In the case of the Chinese government, the answer is obvious. A totalitarian regime with little pre-existing respect for the truth was embarrassed by its initial response and reflexively defensive to any criticism from the outside world. Whether or not these means the lab-leak hypothesis is on the mark is an open question but let me share a piece of wisdom I acquired in seventeen years working the US-Canada border: People lie for a reason. Not for fun, and not because they think it would be neat to make their audience guess the right answer. No, they lie to hide wrongdoing. Period.

China covered and bullied and postulated outrageous counter-theories because it has something to hide. Whether that’s a deliberately engineered virus, negligence in handling an existing one, or simply a flaccid response to a natural outbreak; we don’t know, and we may never know.

But if they aren’t covering something up, I’ll eat a Pangolin for dinner. No totalitarian regime can be trusted, period. The truth is not on the menu, even if everything else is.

In the case of the World Health Organization, the head of the agency has a long and cozy relationship with the PRC. As do several of the researchers ostensibly tasked with getting to the bottom of the virus’ origins. Combine that with a general UN reluctance to anger China, and you have a very moist paper tiger unleashed in the Wuhan wet market.

The answer when it comes to the wider scientific community seems to be a much more human problem: They didn’t like Donald Trump. So, any theory he thought was credible, they had to oppose with a childish contrarianism.

So much for the scientific method. In a stunning display of groupthink, 24 scientists signed an open letter in the Lancet condemning any “non-natural” theory of origins way back in February 2020, long before any credible examination of the virus’ genesis could’ve been completed.

It’s important to point out here that there is nothing scientifically impossible about a lab-leak. They’ve happened before, and they’ll happen again. So why this theory should be eliminated without consideration is deeply troubling. The consensus seems to be that it had more to do with politics than science. Now, three of the signatories of the Lancet letter are reconsidering their positions. Expect more to follow as the scientific wisdom of such a premature conclusion comes under institutional and peer scrutiny.

As of two days ago, 18 prominent scientists had signed an open letter in Science arguing for a proper scientific examination of the virus’ origins. The worm has turned.

But why the reflexive rejection of a not-impossible theory? Here’s where the media comes in. Way back in February, at the same time that the Lancet group was decrying the idea, an Arkansas Senator and stalwart Trump ally named Tom Cotton put forward four possible ideas of the virus’ origins. Though a bioengineered weapon was on the list, Cotton himself stated he didn’t consider it the most likely theory. He did postulate that either a zoonotic origin (WHOs favourite theory) or a lab-leak were most likely.

He was immediately denounced by the mainstream-media. In fact, one of the most vehement takedowns, in the New York Times, is still at the top of Google search results. The spin-doctors have their work cut out for them, clearly. To the heavily politicized media of the Trump era, the fact that Cotton was a Republican was enough: he couldn’t possibly be right.

The lab-leak hypothesis immediately became tinfoil-hat, flat-earth material. Cotton’s statements were twisted out of context. Gradually, the counter-arguments themselves became twisted. “This can’t be a bioweapon” somehow became “An accident in a Chinese lab is impossible.”

Then, a matter of editorial opinion became a case of enforced orthodoxy. Facebook leapt into action to suppress the idea of a lab-leak. Editors pressured reporters not to cover the idea except to ridicule it.

One of the most remarkable articles to emerge from the lab-leak turn-around is one by BBC China correspondent John Sudworth. In the article he openly admitted to “long and fraught editorial discussions” before even being allowed to explore the theory last May. Of course, like most other people involved, he points the finger of blame at Donald Trump.

Yes, I think there’s some validity to this. Trump’s wild pronouncements on a wide variety of issues are never calculated and measured. Not on this issue, either. But to my mind, that’s quite a cop-out for people who are always pronouncing their trustworthiness.

For the scientists, this should be a serious embarrassment. Science, unlike journalism, has an agreed-upon method, one which was clearly violated here. 3.5 million people are dead, and seventeen months have been wasted. There’s no excuse for this, whatever your politics.

What’s worse is the inevitable spillover effect this will have on other questions of science. Attempts to convince the public of the reality of climate change, the efficacy of vaccines, and other pressing science-political overlaps will undoubtedly be damaged. It’s hard to argue “trust the science” when the scientists aren’t following their own rules. Best get some serious science communicators out there to repair the damage.

As for media, this debacle is yet one more arrow in the hide. Half the population already believes much of what they’re being told is bullshit, and this will do nothing to convince them otherwise. But, hopefully, this will convince lawmakers that social media giants cannot be trusted as arbiters of truth. The blatant suppression of Patrice Cullors’ real estate acquisitions or Hunter Biden’s shenanigans are one thing. Suppressing discussion of the origins of a virus that has killed more people than the Vietnam War is something else entirely.

Blue ticks be damned. Big tech can’t be trusted to judge what is worthy of discussion, any more than the New York Times editorial board can.

For those doubting the efficacy of free exchange of ideas as a means of resolving public policy questions, look on this situation as an example of the alternative. Look at where suppression and groupthink have gotten us. Closer to the truth, or seventeen months and 3.5 million corpses away?

Putting up with the nonsense of a few conspiracy theorists is a small price to pay for the robust back-and-forth of free debate and discussion. Suppressing credible hypotheses as conspiracy theories is a tool of repression. If you’re not completely blinkered by ideology or too arrogant to admit you were wrong, that ought to be obvious by now.

Will we ever know how COVID-19 started? Probably not. But maybe the one thing we will learn is to keep an open mind next time, and ask the right questions, however uncomfortable.

Grant is a retired law enforcement officer and native of Vancouver, BC. He has also lived in Brazil. He has written fifteen books.

More stories from Grant Patterson and writers in The Swamp and other communities.