by Shae Moreno 2 years ago in politics
Report Story 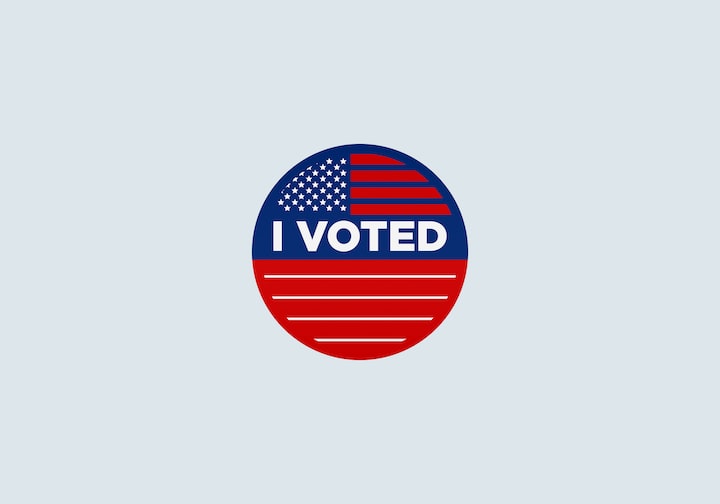 With 2020 being an election year, it seems pertinent to continue to inform ourselves on the history of our government and ways we may be able to improve. With the current state of our country, and the world, this election seems more important than those in the past; but also more chaotic and emotional. More and more I notice people saying they will not vote, they are begrudgingly voting for the candidate they did not want, or are “throwing their vote away” and voting for a third party candidate. While the majority of the country grows more divided, I thought we should take a look at how America became a two party system and what potential we have at becoming more than Democrats and Republicans.

To understand how America became a two party system, let’s start all the way back with our first president George Washington in 1789. Washington wasn’t affiliated with any political party and didn’t campaign during the election essentially winning as, what we would consider to be, a write in candidate. Looking back on his political beliefs which included full separation of church and state, national freedom, and individual liberties; historians have deduced his views are closely related to those of the Federalist Party. The Federalist Party was the first political party in the United States and was the prominent party for national government from 1789 to 1801. They were rivaled by the Democratic-Republican Party and, just like that, the inaugural two party system had been formed. The main argument between the two parties centered around the Constitution with the Federalists in favor of ratification and the Democratic-Republicans strongly opposing the powerful central government that the Constitution established. The Federalist Party dissolved in 1829 and the Democratic-Republican party in 1834. They were succeeded by the Whig Party and the Democratic Party. Since 1852, every winner of the presidential election has come from either the Republican or Democratic Party. Likewise, these parties have controlled Congress since 1858. While there are numerous minor parties including Green, Libertarian, Independent, Reform, and plenty of subcultures within these minor parties; since 1877, less than one percent of representatives have been from a third party. While the parties may not look like they used to, the structure was built and we have continued to follow what has been set up for us from how we vote to how we think.

Recognizing flaws in our voting system is vital. The electoral college is pivotal in our voting system and is how presidential candidates get elected into office. It is comprised of 538 electors and an absolute majority of 270 votes is required to win the election. A similar system called the Virginia Plan was first discussed at the Constitutional Convention in 1787. The Virginia Plan was the first plan introduced and called for Congress to elect the president. A large enough majority of the states agreed to this plan at first, but later deemed it inappropriate as it could violate the separation of powers. James Wilson, one of the Founding Fathers, suggested using electors instead and the electoral college was born. Although, our current system looks slightly different to theirs. Initially state legislators chose electors, but since 1880 the electors in every state have been chosen based on a popular election held on Election Day. Throughout history opinions on the electoral college have varied and, at times, there has been a push to be rid of it for good. One major argument is the electors don’t always follow the popular vote. While the Constitution doesn’t require electors to follow the popular vote, 33 states and the District of Columbia have laws that do. However, 16 of these states and DC do not have penalties for not complying.

Okay, back to 2020. Democrats are left feeling less than satisfied with Joe Biden as the Democratic candidate for president, but are willing to elect him to be rid of President Trump. Even though there are three candidates running with minor parties, the thought of losing another election is keeping them from potentially voting for a minor candidate. But what do we do when neither candidate seems fit to be president in our eyes? With our current system, quite literally nothing. Especially with such a clash between the parties as of late, Democrats are left on defense and are basically saying, “It’s not a great candidate, but it’s better than Trump.” With how our system works, we are pinned against one another to make either Republicans or Democrats on the defense every election and without information on minor party candidates. Furthermore, Democrats and Republicans play these offensive and defensive moves throughout the entire system, not just through elections. They veto bills drafted by the opposing party, argue in circles, and, although the outcome will be the same, will disagree on how to get from point A to point B.

The political climate in our country is extremely black and white. There is typically very little room for discussion and what is considered open for discussion differs immensely between parties. According to both sides, the other is the villain because the disconnect and propaganda have become overwhelming and we are unable to unite as We The People. Until we can recognize the wrongdoings of our own political affiliations and make amends, we will be unable to move forward as a nation. Until we can agree to disagree, but still do what is best for the majority in any scenario we will be unable to move forward as a nation. Time and time again we have proved that following in our founders footsteps leads to more bad than good, so why continue following their lead? While Democrats and Republicans are an iconic duo, it’s time to have an open relationship.

More stories from Shae Moreno and writers in The Swamp and other communities.