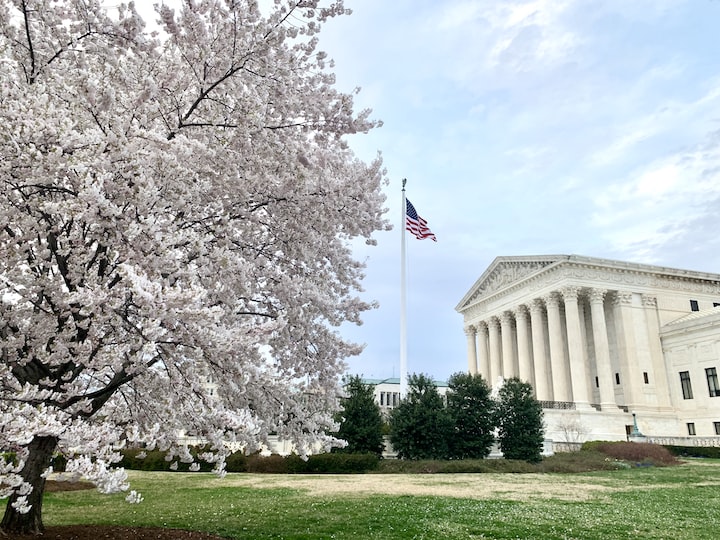 Photo by Bill Mason on Unsplash

The history of the United States of America is brimming with moments of magnificent victory and harrowing adversity. Some such moments took place on battlefields and some in legislative assemblies.

On April 7, 2022, Judge Ketanje Brown Jackson made history when she was confirmed by the United States Senate as the first black woman ever appointed as an Associate Justice of the United States Supreme Court. The vote totals were 53 votes in favor of Judge Jackson and 47 votes against.

All 50 Democratic senators voted for her appointment, along with three Republican Senators, Senator Mitt Romney of Utah, Senator Susan Collins of Maine, and Senator Lisa Murkowski of Alaska.

TWO HISTORY-MAKING EVENTS IN ONE

The voting was presided over by Vice President Kamala Harris, the nation's first woman and first black woman VP, in her role as President of the Senate.

The roll call vote in which each Senator announced a "yes" or "no" vote for Judge Brown Jackson was tallied up and then the announcement was made by Vice President Harris. The victory was declared with obvious emotions of joy and gratitude and seconded by enthusiastic cheering from the supporting Senators.

What was different or outstanding in this latest Supreme Court Justice appointment?

It goes beyond a victory for women and minorities. This confirmation procedure speaks volumes about the recent progress made in willingness to level the playing field in our country.

This does not in any way minimize the hard work and dedication to duty Judge Brown Jackson has personified throughout her professional career. Achieving her goal of becoming a Supreme Court Justice has required extraordinary work and relentless tenacity while balancing career and family.

Reporters who covered the latest process of confirming a new Associate Justice of the Supreme Court discussed the fact that every justice thus far has served in the capacity of prosecutor, bringing charges against one accused of a crime.

Judge Brown Jackson has spent her judicial career as a defense attorney, specifically spending some time representing defendants who cannot afford to pay for legal services. This unique characteristic of her legal career opened her up for harsh criticism and accusations of being too lenient on lawbreakers.

The proceedings were rife with the usual derogatory personal attacks that have become commonplace in Supreme Court confirmation proceedings in recent decades. Judge Brown Jackson exhibited extreme self-control and professionalism in meticulously explaining her process for making judicial decisions that were brought into question.

Her measured answers and obvious devotion to her work as a lawyer, jurist, and public defender earned her the respect of millions of American citizens. Americans overwhelmingly approved of her Senate performance and her record in serving as a district court judge and a federal judge of the United States Court of Appeals for the District of Columbia circuit.

Judge Jackson's parents, Johnny and Ellery Brown sat near their daughter during the judicial confirmation hearings, accompanied at times by her brother, Ketajh Brown. Her husband, Dr. Patrick Jackson (surgeon at the Medstar Georgetown University Hospital in Washington, D.C.) was by her side during the proceedings. Their daughters, Leila and Talia Jackson, also shared this special time with their mother.

Americans will have good reason to watch with deep interest and concern the proceedings of the Supreme Court of the United States in coming years and decades.

With life-changing issues at stake, including access to abortion, climate change, the move toward renewable energy, equal access to higher education, affirmative action, and racial and LGBT issues among others, the balance of the highest court in the land will likely often lean toward being diametrically opposed to the interests of the generations of Americans named as millennials and younger.

Many Americans find hope and encouragement in the addition of 51-year-old Justice Ketanji Brown Jackson, replacing Justice Steven Breyer for whom she served as clerk. She can often provide a convincing voice of reason leading to more inclusive decisions and, at times, be a powerful dissenter who can influence Supreme Court decisions for decades to come.

More stories from Linda Rivenbark and writers in The Swamp and other communities.