LP
by Lily P 9 days ago in industry

The exploitation we turn a blind eye to 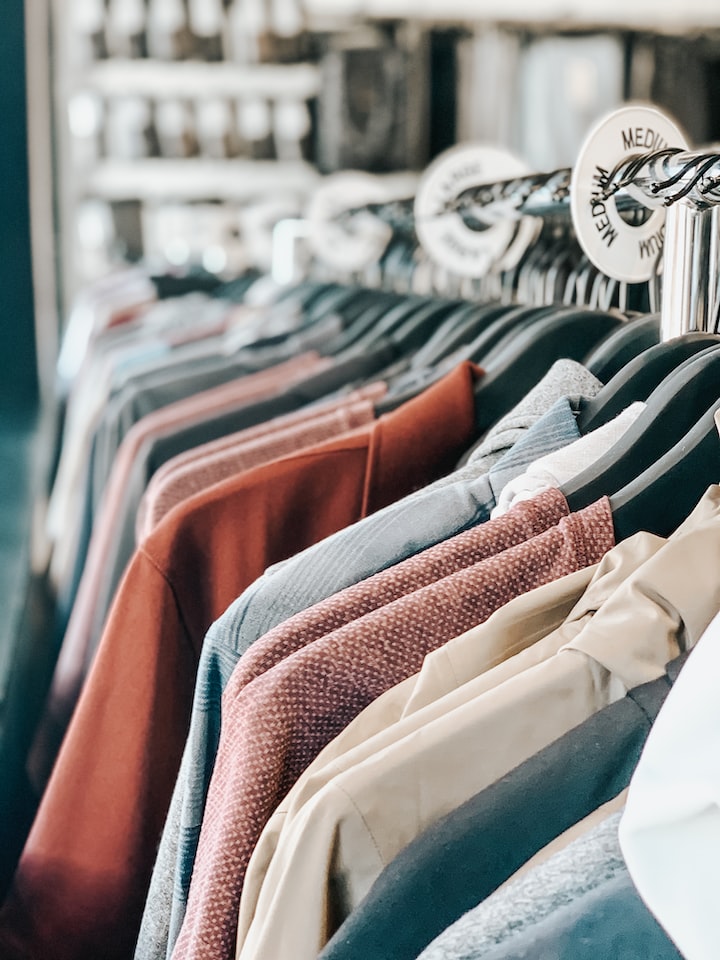 Photo by Derick McKinney on Unsplash

In 2008, I was an empty-pocketed teenager lured by the temptations of fast fashion. The country's biggest Primark had just opened in my city, and despite instantly falling into hate with the experience of shopping there - it was permanently rammed with customers - the concept of £10 outfits delighted me.

That year, the BBC screened the groundbreaking Blood, Sweat and T-shirts. I was horrified by the pay and conditions garment workers endured, and I thought cheap clothes were over. I swore off Primark for about a year, and it honestly wasn't that difficult because I was still permanently skint. I thought it was only a matter of time, anyway, before our collective conscience kicked in and its ilk disappeared from the high street. Then I got a sudden call for a job interview and realised I didn't even own a plain shirt. I had about a tenner to my name and there was nowhere else to go, so I gritted my teeth and walked back in.

After that, there was no going back. It had become clear that as a society, we had decided to ignore the abuses of the garment industry and there didn't seem to be any reason that I should be the only one not decked out in 'Primani'. Meanwhile, new fast fashion brands proliferated, especially online. I fell in love with everything5pounds.com and Boohoo.com. I never bought as much as the average UK shopper, who manages 33 items a year, but everything I bought was decidedly cheap and cheerful (on my end, anyway). Even the Rana Plaza factory collapse, shamefully, only paused me in my tracks for a few months.

Fast-forward to May 2020, and with the huge regions of world in lockdown, it was revealed that factories in Leicester still had workers toiling in crowded conditions. What were they doing that was more essential than educating children, or offering chemotherapy to cancer patients? They were sewing clothes for our beloved Boohoo. As if working through lockdown wasn't enough, they were being paid less than half of minimum wage.

The Daily Mirror exposed abuses in Leicester factories in 2018. Labour Behind the Label has been drawing attention to the issue since at least 2019. Boohoo is moving very slowly for a company that prides itself on supply-chain agility. I think the reason for this snail's pace is their supreme, evidence-based confidence that we don't care. No-one could blame them; we've shown, over and over, that that's the case. We don't care about poverty wages in Leicester, we don't care about child labour, and I doubt we really care about breaches of workers' rights laws. If we did, we would stop spending our own hard-earned cash to support an industry that is rotten to the core. Especially when we haven't worn nearly a third of the clothing in our wardrobes for more than a year!

There are over 9000 charity shops in the UK, and two of my local ones have apologetic signs in the window saying they can't accept new donations - I guess people are clearing out their wardrobes to make room for their new Boohoo purchases. There are even online charity shops. There's eBay and Gumtree and Vinted. There are thousands of ways to recycle and upcycle the clothing you already own. So I'm quitting new clothes. I'll buy secondhand when I really need something, and I do my research on ethical brands for underwear and swimwear. Maybe if you join me, we can make force the garment industry to sit up and take notice of the human misery embedded in its supply chain.

If you really can't face it just yet, please consider making a donation to Labour Behind the Label or another group that works to improve conditions in the clothing industry. It doesn't cost any more than your last fast-fashion dress. :)

The Effects of Covid-19 Pandemic On The Fashion Industry

The COVID-19 Pandemic has spurred the biggest economic and humanitarian crises around the world. No matter how stable the economy is it's getting shaken with every passing hour. Effecting thousands of industries and sectors, the pandemic is leaving its drastic influences on the fashion industry which is of its discretionary nature is showing a gradual downward graph and a stressful future awaits.

The Origin& styles of Salwar: The salwar has developed over time and continues to be customized by many with time. Since the spread when the use of this outfit climbed, with originated in Punjab, it had been regarded to have spread into other areas of the nation, where every civilization and every heritage altered the outfit to match their liking and fashion. With minor details such as the job and patterns, to the colours and motifs, practically everything was customized to the outfit, dependent on which area chooses to do so. Every area added its customized touches into the ensemble, by changing it in some manner or another.

Jeans have been a staple piece of any wardrobe since their invention. Originally created for the working man, women began adopting men’s fashion pieces for their own. Eventually jeans for women became an absolute must and designers soon jumped on the trend, creating almost endless options to choose from.

Haley Booker-Lauridson
about a year ago