by David Diehl 9 months ago in army
Report Story 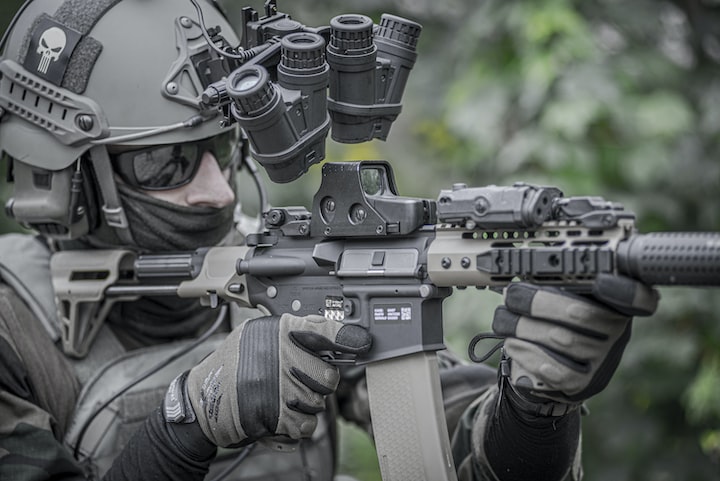 Although now retired, I loved my job in the United States Army. Having served over twenty years (consisting of seven active years and thirteen years in the National Guard), I progressed through the ranks from Private (E-1) to Master Sergeant (E-8). I had deployed to non-hostile areas such as Saudi Arabia and Kuwait, to full combat zones of both Iraq and Afghanistan. Though only certified in three different jobs, throughout the years I had held my share of hats, to include: Infantry, Cavalry, Communications, Logistics, Operations, Food Service, Supply, Transportation, and Security.

I loved serving in the Army, both Stateside and abroad. Every day, regardless of the role I held and the tasks that needed to be done, I felt like I was contributing to making the world a better, safer place. There was a special sort of feeling in the morning when I was putting on my fatigues and boots that I knew in my core that I was set apart. I was among the other one percenters of the country that swore my life to defend the freedoms and constitution of the United States. And if necessary, to lay down my life for that cause.

The military is not what you see on television or the movies. Yes, there are times where we are rushing into battle, against all odds, to take down the enemy and raise the American flag on foreign soil victoriously. But in the larger scope of my career, those times were rare. Many days consisted of doing inventories. Other days consisted of mowing the grass on base. Or picking up trash, submitting paperwork, delivering supplies, and sitting through PowerPoints and lectures (not to mention those god-awful, redundant suicide prevention and sexual harassment briefings).

In the twenty-plus years of service, I had spent less than three of those years in an active combat zone. But the other seventeen years were spent in preparation for those years in one form or another. The majority of my career was spent in support roles, such as a cook or a supply sergeant, or a logistics member. Only in rare occasions was I put in frontline roles. But the position I held at any given time was not important. What was important to me was the realization that I was filling a role that advanced the Army as a whole. I was a member of a team. A large team. And because I recognized this, every day I woke up prepared to do the best job I could that day. If I was in the kitchen, I would determine myself to cook the greatest meal possible for the soldiers that came to eat. If I was in the Operations office, I strove to find training opportunities for every individual soldier that desired to advance their knowledge and career. If I was in supply, I strove to seek out every avenue and work-around to get my unit the best gear possible. And when I was leading young men and women into combat, I ensured they received the best training possible so when the attacks came (and came they did), we work cohesively as a unit and came out victorious! And we did. Every. Single. TIME.

I had many great accomplishments throughout my career for which I am proud. But perhaps the most significant was my deployment in Afghanistan. Perhaps these memories are simply brought to the forefront of my mind due to current events unfolding in that country with the evacuation of our citizens. However, I cannot think of any time in my life where I have seen such a dramatic change in a large group of people over a short period of time. Everyone from the local nationals to my soldiers under my command were not the same people they were in the 12 months we had been in country. Everyone grew. Everyone became better. Everyone became stronger than they ever knew.

Due to the classified nature of my role and the role of my soldiers, there is little I can legally disclose at this time. Our “official” job description was that we “provided security and support for U.S. and coalition soldiers and civilians”. And to a large degree, we did. As the platoon sergeant, I had over 30 soldiers under my command. More than a dozen of those soldiers were under 20 years of age. And three had just graduated high school earlier that same year. Now we felt like we were out saving the world! Even if it was just a small part of it. We worked with the locals. We worked with the other branches of the military, Air Force, Marines, and Navy. We worked with military from other countries. We felt important, even though we were but a small cog in a giant machine. But that is not to say we were insignificant.

In the months of our deployment, my small platoon of thirty-some soldiers, out of the several hundred that deployed with us, had saw action. We were engaged in over 40 enemy attacks from Al-Qaida and the Taliban. And though the number was never counted, the actions of my soldiers saved the lives of over 200 civilian forces. Sadly, due to the classified nature of our location and assignment, they will never receive the recognition they deserve. Every single soldier of the platoon received the Combat Action Badge (or Combat Infantry Badge, depending on their job position) for engaging the enemy. And because of the excessive amount of training that they went through, not one of my soldiers were critically wounded or killed.

I do not tell this short story to boast. I tell it because this is just one brief story among thousands of others in the military that should be heard by everyone but will probably never be retold. And the incredible thing about it is that those of us who served are okay with this. Nobody in the Army (or any branch) is there against their will. There is no Draft. Every single individual at some point lifted their hand and voluntarily swore their allegiance to the United States, for the purpose of serving their country. Their personal reasons for joining vary from person to person. But for each of us, it was a sacrifice. And that sacrifice is the thing that binds us together. That unspoken unity is what brings us together as a team. It is the sacrifice that each of us made that makes us the strongest Army in the world. And it will always be that same sacrifice that continues to push the military forward in changing the world for the better.

I am a retired Army Master Sergeant and combat veteran. I as well as stateside, I have served in Saudi Arabia, Kuwait, Iraq, and Afghanistan. Now that I have time, I have invested into writing various material from fiction to self help.

More stories from David Diehl and writers in Serve and other communities.