When I Really Shouldn't Have Judged a Book By Its Cover

by Grace Linn 12 months ago in book reviews
Report Story

Reviewing How to Be Calm by Anna Barnes 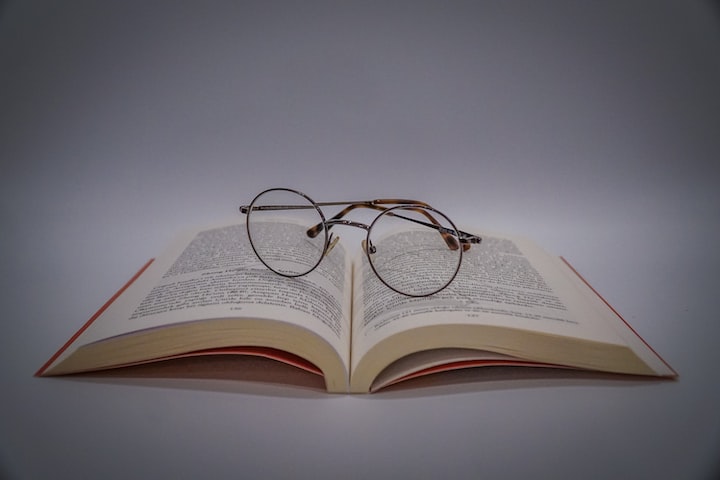 Photo by Ugur Peker on Unsplash

With how damaging anxiety can be to your health, some will try almost anything they can think of if it will make them feel better. From medications to meditation, endless hours of books, supplements, diets, and everything else in between, navigating self-help material is like wading in muddy water. What makes those conditions even worse is when someone who doesn't know about this topic at all, tries to contribute to it.

I've suffered with anxiety for my entire life, having turned to almost every source out there for support. When I first saw the book How to be Calm by Anna Barnes, I was optimistic that it would offer some useful, insightful information.

Cue the appropriate cat photo to summarize my reaction. What I instead read was an account of some know-it-all who spent most of this work offering different foods, vitamins, and water as the solution to being calm, rather than giving emotional ways to get there. This leads me to my first grievance.

There are no sources cited anywhere

Barnes makes several claims throughout that "this food will help promote this" or "doing this exercise will help relieve that". She states these claims in a way that feels correct, but not once includes a source. If she were a doctor she'd be more believable, but according to summersdale.com as well as other sources, she's had no professional instruction, being described as "having an interest in the subject".

What should you do in a book when you don't know the subject you're talking about? Fill it with quotes of course! Almost 50% of this book contains quotes from various figures such as Audrey Hepburn and Jane. Now while a couple have certainly given me a new perspective on things, most of them felt like filler material just so there'd be a book to publish and not a pamphlet.

Barnes does the reader injustice by automatically assuming what kind of lifestyle they have. She acts as if everyone has a 9-5 desk job, owns at least one dog, lives in a state that always has warm, sunny weather, gorgeous parks, and that we have good families and other places we can go to.

For many of us, that's certainly not the case. I work in a factory, have one cat, have a strained relationship with my mother, and live in a studio apartment in southwest Ohio. None of this pertains to me.

As for stereotyping, Barnes assumes that when the reader thinks of meditation, their mind automatically goes to the preconceived idea when someone meditates they sit cross-legged and chant a mantra.

Almost no mention of therapy

Cognitive behavioral therapy (CBT) is mentioned a few times, but is not accurately defined. While Barnes defines CBT as a means of replacing negative thoughts with bad ones, she's only half right.

While yes you do want to lessen the negative thoughts, the goal of CBT is to identify negative thoughts patterns and replace them with more objective and realistic ones while problem‐solving and goal-setting (Cherry). It doesn't hurt to be more positive, but that doesn't equate to being real.

Other than CBT Barnes doesn't mention anything related to medical issues until the very last page, where lies a conveniently tucked blanket statement that if nothing else works to go contact a medical professional. This would have been more effective if it had been placed at the beginning of the book, because it would have saved those of us with medical issues some time. It would also make Barnes appear more mindful of those with such problems. The way the book is set up isn't helpful.

I understand it's not meant to be some doctor's paper on anxiety disorders, but when you talk about something that mentions mental health you need to be considerate to those of all backgrounds.

There was one idea Barnes suggested that I found helpful, and that was repeating a single, unimportant word such as "the" in order to clear your mind and help you go to sleep. To me this is pretty useful because it gets your mind bored, therefore making you tired.

The other positive thing I have to say about this novel is it has a simplistic, cute art style. It leans more towards that sort of feminine inspired vibe, but the simplicity allows the reader to relax and focus more on the text.

Overall, I don't recommend this book if you already have medically diagnosed anxiety. It would be better suited for those who are looking at methods that don't involve antidepressants.

More stories from Grace Linn and writers in Psyche and other communities.