What it’s like to be affected by mental illness

by Gina Stefan about a month ago in stigma
Report Story 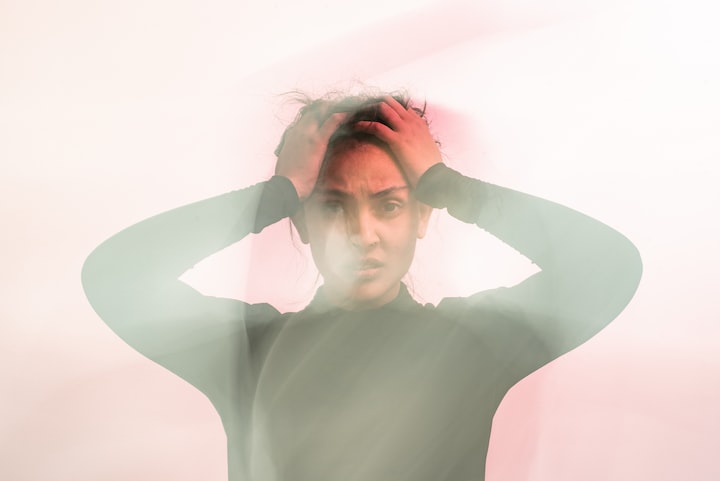 Photo by Uday Mittal on Unsplash

Everyone has mental health, and much like physical health, all of us experience difficulty at some point in our lives. I have experienced periods of instability here and there throughout my teenage years, but my experience of mental illness has largely been as someone caring for family members — and this is an experience that is often overlooked.

So, I wanted to tell my story: to describe what it’s like to be affected by mental illness.

Let's start with the backstory. When I was ten, things were fine. My parents owned a successful company; we went on long, incredible holidays in the summer and winter, and my brother and I were happy kids who got anything we wanted. But then one night, on the 21st of December 2006, I returned home from my friends 11th birthday party to find my brother standing in the drive waiting for me. At the tender age of ten, the worst thing I could imagine was that our dog had died. I climbed out of the back of the car and rushed up to him expecting to hear that scrappy was in a box in the back garden. Instead I was greeted with three words I would hear many more times over the next ten years: "Dad is missing."

My Dad, the happy-go-lucky, cheery, and amazing father, had disappeared and left messages to my mother saying he was going to commit suicide. We didn’t know how to react. We called all of our family, from cousins to grandparents, who all came rallying round. We left voicemails, text messages, emails, letters via pigeons, and smoke signals — anything was worth a go! I can remember lots of tears, hugs, and people starting conversations with, "You know, I always had a feeling that…"

After hours of waiting, he brought himself home, where he was greeted with hugs. I assured him that if he ever pulled anything like that again, I’d kill him myself. As it turns out, I therefore should’ve killed him quite a few times after that.

The next few weeks and months turned our world upside down. The tiling business went into liquidation, we were bankrupted and our home was repossessed. It seemed that even our debt was in debt. Dad had quickly been hospitalised, diagnosed with severe major depressive disorder, and, after other treatments were tried and failed, he underwent Electroconvulsive Therapy (ECT). Perhaps the biggest shock of all, but also the most significant turning point, was when he came out to my mother as gay — let nobody say that our family isn’t modern.

There were rough moments after he got out of hospital. There were times which included looking through the letterbox of his flat and seeing a foot hanging off the bed, waiting for the paramedics to arrive and find him passed out on his bed with a bottle of vodka on one side and a few empty packets of antidepressants on the other. There was no magical cure, nor has one since become obvious in the meantime, but at the moment, he seems to be on the mend. In fact, he is now in a civil partnership with someone who also has a history of depression, and has endured very similar experiences of acute mental health crises, which have resulted in hospitalisation and sectioning — some of which has happened very recently.

Then there is my brother. After years of living with body dysmorphic disorder, he developed anorexia nervosa shortly after the death of our grandmother. His diagnosis has since migrated towards bulimia and he is making tentative steps towards recovery. As you might have gathered from the above, then, I have had a bird's eye view of what it is like to suffer from severe psychiatric conditions.

One of the hardest things I have experienced in my life is having the father I remember as a child die, but still live on. When a parent suffers from depression, you lose a part of them which you will more than likely never see again. At times it seems like you might be getting it back, but often it is ripped away and crushed. It is almost like the worst Phoenix in the world: this powerful creature burns into ashes, and then when something starts forming again you have the memory of the creature that once was, but instead you are greeted by a pigeon who immediately takes a dump on your car (Sorry, Dad).

For people like me, these are things we already know. We understand. We appreciate that. But sometimes, we just f*cking wish it would work! It is very hard not to try something along these lines when every day you are trying to make someone feel better. I understand that it isn’t as easy as that and this sounds extremely selfish, and you’re right, it is. But when you see someone slowly fall into the abyss, you will try almost anything to pull them back.

It can also be confusing. I spend a lot of time trying to work out if one of the cuts on someone’s arm are new, or if the calluses on my brother’s hands are from lifting things or from sticking his fingers down his throat. People with mental health problems wear masks, and unless you are with them throughout the day, you won’t see that mask come off. My brother and I have memories of being out with my dad at a café after school and he would be chatty, cheery, and smiley. Then we would get back to the car and we would be messing about, and he would scream at us and then immediately burst into tears. That transition, that sudden changeability, is scary. How quickly that mask can come off and then go back on is confusing and frightening.

Not a lot of people understand what mental illness is. I recall once in high school I was chatting to a few people about it, giving them a bit of a backstory; one of the guys I was talking to then turned around and said, ‘’Oh thank God that will never happen to my Dad.’’

Well, that is where you’re wrong, mental health can affect anyone from you to your postman. My brother’s condition came up in conversation with my regional manager, who exclaimed, "Anorexia? Wow, I thought that was a girl thing?" But here’s the reality: a severe mental illness like anorexia does not discriminate; it could affect you, in some way, tomorrow. Mental illness is like a switch that could come on at any time — or at least, that's the way I look at it. Since high school, two of my best friends have suffered and lived with the consequences of mental health problems — one who, as my brother has, lived with anorexia (who is also male Mr. Manager), and another whose brother committed suicide.

Despite all of this, mental illness can be strangely and frustratingly beautiful. It makes you appreciate the happy times so much more, even if they are few and far between. Nothing makes me happier now than going for dinner or lunch with my brother, and not seeing him count calories or make a note on his phone about what food he has eaten. My happiest memory of me and my Dad in the last ten years has been us coming back from the airport after dropping my brother off and he kept rolling down the window on my side in high crosswinds. Just the both of us in the car, having a laugh like a father and son should. He may not even remember this, but for me it is a predominant memory in my life. I am not saying that this makes up for it, this isn’t one of those articles that ends with the fact I wouldn’t change a thing. I would, I’d do anything to see them not suffer from these problems.

Nor am I saying that I understand what it is like to have a serious mental health problem. I just feel that there are a lot of articles out there about mental health from the side of the sufferer, and there are many of us who suffer alongside them.

I just wanted to share my point of view.

More stories from Gina Stefan and writers in Psyche and other communities.