by Judey Kalchik 7 months ago in stigma

One Sunday, in the middle of a snowstorm, a naked man walked down a busy highway in Michigan. 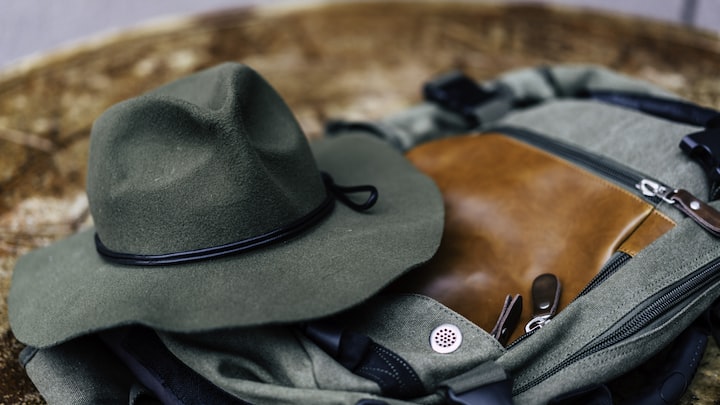 One Sunday, in the middle of a snowstorm, a naked man walked down a busy highway in Michigan.

He was wearing only a leather cowboy hat, his clothes and shoes were abandoned next to his truck, which was settled into a ditch along the highway.

I wondered, just for a moment, if it was my brother. It wasn’t. I wonder when I’ll stop searching for his face among the confused, the angry, the frightened, the delusional, the ill. I wonder what I would do if I saw him again.

My brother is 13 months younger than me. When we were little I often had him tagging along while I roamed the neighborhood. He was there to ‘protect me’ but usually it was just the opposite. His sass and snippy comments would start trouble with other kids. Soon enough he’d get pushed around. In the summer I’d push back. During the school year I’d swing my purse.

(You can do some serious deterrence with a side-armed swing.) He’d have that cocky half-grin on his face, taunting the kids from behind my shoulder.

I protected him. That’s what big sisters do. Even earlier than that, when we were just 4 and 3 years old, I looked out for him.

My mother died when we were just 2 and 3 years old, and my father moved away from his hometown to take a job away from all the family and start over. Part of the new start was little of the old familiar: he took the suggestion of family and hired a widow as a live-in housekeeper/nanny. To his face, she was sweet and motherly, even grandmotherly.

She beat me so hard she broke my thumb. To this day I can’t fully bend it. That’s nothing: she liked me. She must have hated him.

After my dad went to work we were sent outside into the fenced backyard. There were no trees, no shelter, no shade. We weren’t allowed on the back porch. Mostly, we stay on the ground by the chain fence and watched the neighbors. My brother was a very fair-skinned blonde boy; he can be seen in pictures of those times either burned bright red or toasted dark brown with bleached-white hair.

We were brought in to have lunch, and do chores, (yes, I scrubbed the bathroom with cleanser when I was 4- that’s another story) then sent back outside until it was time for my father to return. Bathed and pajama-ed we queue for a blessing and kiss then go to bed. That was a good day.

There weren’t a lot of good days.

Lunch was hard. My brother didn’t like her lunches, which were usually mac and cheese.

He’d sit there. Not eating. Which meant he was bad. After an hour of sitting, he on one side of the table, me on the other, either the beatings started or we were sent outside. I don’t remember much about what happened, which occurred more often. Regardless of how lunch ended the food went, wrapped in foil, into the refrigerator. Only to reappear~ cold~ for lunch the next day. And the next. And the next.

It would show up each day until it went bad, or he ate it.

Me? I ate the food then threw it up. Much later, my grandmother told me that’s what I said to her when she visited. I was glad she was here so we would have nice lunches, so he would eat and not get into trouble, so we wouldn’t be spanked with the stick, so we could stay indoors.

(I wonder if my brother walks naked down a snowy highway.)

It couldn't have been just her, could it? As he grew older he did any drug he could, taking advantage of the local pharmacy’s willingness to refill prescriptions for my parents with the kids running the errands. Who would notice a pill, or three, or ten missing? He wouldn’t pay attention in class. He had trouble reading. As a lefty- he struggled learning how to write neatly. The letters didn’t stay in place when he tried to read or write them.

He was the class clown- either you wanted to laugh with him or at him: he didn’t care as long as you laughed. Eventually he would push it too far and the laughs turned to anger. I started to not want to take care of him anymore.

The louder things got the quieter I was -don’t draw attention to yourself! (How could I take care of him?) The month before he turned 18 he ran away for the last time. It was my 19th birthday.

I saw him several times over the next few years. Those times were not good times. He has been in and out of facilities since he was in his 20’s. He’s had many labels: paranoid. Bi-polar. Schizophrenic. Delusional. I was afraid for him, I was afraid of him. I stopped trying to protect what I didn’t understand.

The last I heard, some years back, he lives in Las Vegas. I doubt he knows our father is dead; he may not care. When I saw him last much of my brother was gone- buried deep in feverishly sparking eyes. I might not recognize him.

But I watch for him in crowds. Sometimes I think I see him in a crush of faces. Or as the lone Cowboy striding naked in a snowstorm.

May is Mental Health Awareness Month. I share this story to let others know they are not alone.

If this story clicked with you please click on the heart below to let me know.

I have other stories about family you may want to read:

You can also find me on Medium: https://judeyblu.medium.com/