My Trouble With Small Talk

by Marie Sinadjan 2 months ago in support
Report Story

Why I'd rather perform in front of a crowd than talk to someone in the crowd... but I try to get by. 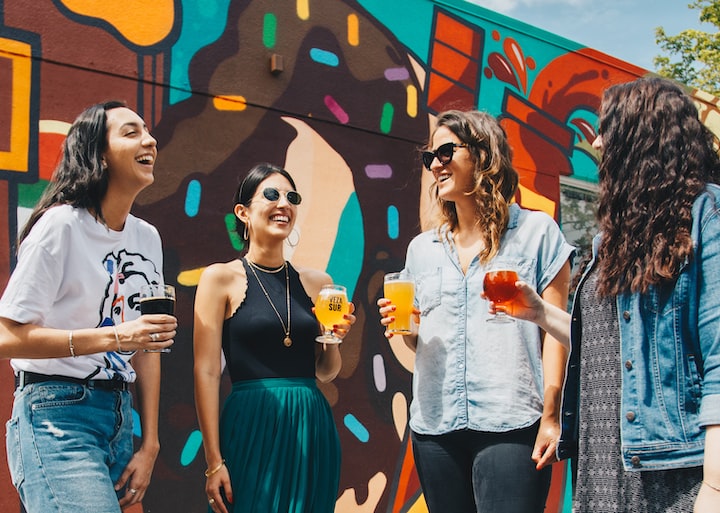 Photo by Elevate on Unsplash

Small talk has never been my strong point. Maybe it's the introvert in me talking - the last personality test I took pegged me at 82% introverted. So you can put me on a stage to sing or give a talk and I'll be fine, but drag me into a crowd or in front of a stranger and my shyness just... skyrockets.

What is small talk? The Oxford Dictionary defines it as polite conversation about subjects that are ordinary or unimportant, especially at social occasions, a definition I prefer and feel more accurate compared to Merriam-Webster's light or casual conversation. I associate small talk with two situations, mostly: elevator rides in the office, and parties.

You'd think small talk during elevator rides would be easy. The conversation starters tend to be the same, anyway: "How are you?" or "How's the weather?" or, back in my hometown, "Traffic na kaayo sa?" But the thing is, I don't feel comfortable with a canned response of, "I'm good, you?" or pointing out the obvious state of the weather. And I certainly don't want to be a bother to anyone, instinctively wanting to leave people alone because I want to be left alone. (At least in this particular scenario.)

I'd entertained the idea of maintaining some sort of list of topics or questions that I could brandish in the event of an emergency small talk situation. But I couldn't really make it work. I either blank out, or the questions don't work with what little I know about the person, or they're awkward, empty platitudes I'd rather not say.

When we resumed working in the office after being home-based during the thick of the pandemic, the elevator rides became unavoidable. Surprisingly, I fared better at small talk then. Why? I had a reason to engage a familiar face. I hadn't seen them in person in more or less two years, after all, and I didn't know for sure how much had changed since then. So I could ask them if they were still in the same role, or if they'd moved. What floor were they staying on now, given all the renovation and shuffling that happened. Did they like working from home, or were they ecstatic to be back?

It also brought to mind how, several years past, I had no trouble being social on business trips, at breakfast or during the little social dinners the hotel we stayed in offered. During those times, I either didn't want to be eating alone, or I wanted to know if people had plans to travel over the weekend because maybe we could all travel together. Small talk then became small talk with purpose, which eventually evolved into deeper, more meaningful conversations. Those are the ones I like.

Parties, though, remain a challenge. Which is why I'd rather be the person singing and entertaining - but I don't want to hog the microphone of the karaoke machine either! Also, as an introvert, my energy drains very quickly when I'm surrounded by a noisy crowd, a situation that's all too easily achieved by gathering at least two extraverts in one place, or by alcohol. (I wish I liked drinking, but I can only enjoy drinks in small quantities, with a small group, and over a generally quiet, meaningful conversation.)

So I go back to purpose. I look for someone I know and do some catching up with them. I try to talk to one or two other wallflowers and sit with them in the corner. I remind myself why I agreed to come to the party in the first place - and "play the part" if I have to.

And if all else fails, well, I pick up the microphone.

More stories from Marie Sinadjan and writers in Psyche and other communities.