by Jason Ray Morton 6 months ago in support 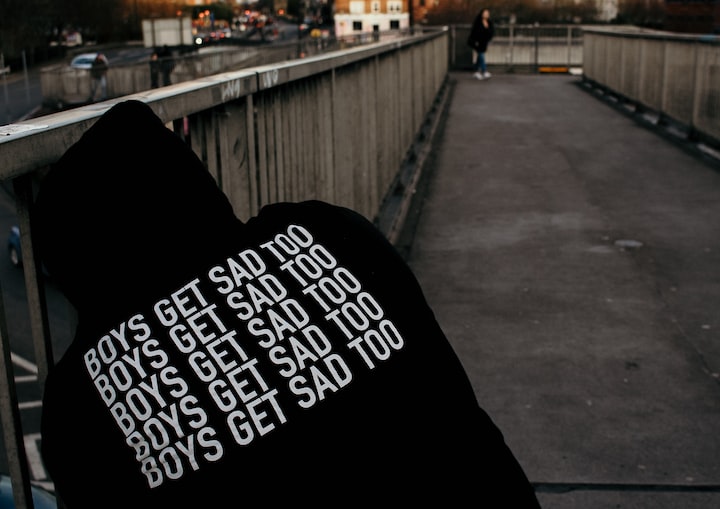 Photo by Nathan McDine on Unsplash

The Movember Foundation's mission is to get people to talk about men's issues, men's health, and get rid of the stigmas of being human if you're a man. As men's health isn't discussed as much as needed, neither are men's mental health issues. Seeing too many guys leave the world before they should have was tragic, knowing there are likely more that will and it is preventable makes me want to remind people that talking is the first step.

In August of 2014 was when it happened. I realized that I wasn’t superman. I’d clawed back into a world that I honestly didn’t know what to do without. It was my identity that I was fighting for, that and some foolish pride.

In February of that year, I was a day shift Sargent in a correctional facility. For the purposes of this story, I’m going to gloss over the hows and stick to the what. I remember it being early, just a bit after 7:30 in the morning. Of my officers on day shift asked if I’d go check on something in our maximum security block. It was nothing I hadn’t done hundreds of times, maybe thousands, of times.

I never saw the first hit coming. When the door opened to the detention area I fist launched out through the opening, striking me in the chin. It was by no means my first time being punched in the face, but it was possibly the most destructive one I’d taken. Immediately I was rocked, off-balance, and confused as the hallway spun around me. I felt the second hit, striking me in the side of my skull, just behind my ear.

At a point, during an attack, your head starts to swirl. Two hits from someone experiencing a “psychotic” disturbance and with boxing experience. I saw myself heading in the wrong direction, trying to not get cornered. Pushing off the wall and a bookcase, still unable to get around to face my attacker, I felt the third and fourth shots strike the back of my head. The final shot struck right at the base of the skull, forcing me off my feet and sending me sliding down the hallway face first.

Locally I was treated at the emergency room and released within an hour. I came back to work and did the paperwork to charge the prisoner with a crime. I noticed that I was starting to feel sick, but I had the worst headache of my life so I attributed it to that. Surely, the local hospital would have done everything they needed to accurately diagnose what happened.

I went home after doing the paperwork, generally not feeling well. The entire time I blew it off, telling my boss I’d be back tomorrow. I, like many men, don’t want to be seen as weak, or vulnerable, by those outside our personal lives.

By the early evening that day, I was back in the emergency room. Something wasn’t right. I felt sick, the pain in my head was excruciating, and could barely function. I learned that I had a concussion. A week later I followed up with a neurologist.

“You can’t afford to take any more hits to the head,” he told me. “Mr. Morton, this is your fifth head injury that we have in your file. I’m of the opinion they aren’t the only ones you’ve had.”

“What do you mean, Doctor?”

You have concussion complications, is what he told me. I would later develop what’s called post-concussion syndrome, or P.C.S. Thirty-days minimum of sitting at home. I, for all intent and purpose, was out of the fight. It was probably for the best, in hindsight. I remember mid-way through the month I was laid up, able to do anything but expose myself to stress when I became aware I was lost. I’d left home to make an eight-block drive to the local video store, a time slightly before signing up for Netflix.

When I became aware of my surroundings, I was in another city. It wasn’t that far from home, just fifteen or twenty miles. Losing myself, losing my connection with reality, I started to recognize how much of a problem this was. But, it would take me a few more years to grip what that many head traumas can do to a human and why the first Neurologist told me to retire at 42.

I pushed, and I pushed, and I pushed myself some more. I started to come up with ways to get me through the day. To prove I could be of clear mind, make critical decisions, and get back into the fight. As a deputy, I was proud of what I did. Protecting the public is a noble life. Keeping the “Monsters” behind the wall is to protect the public while protecting the publics’ interests. I made it back at the 30-day marker, but my problems weren’t over. I merely developed a mask.

By August, after months of loud noise, working under intense conditions, and constant stress that was my life, I’d spent months failing to keep myself straight. The pain proved too much to bear. The effects of a neurological injury, Traumatic Brain Injury, and still being studied and the best minds in the world don’t understand everything a head injury does. I seemed to be suffering from the worst of the side effects.

That injury cost me a 15% loss in my vision. Sleep problems or insomnia were a thing for months, without the assistance of alcohol and chemicals. Memory problems plagued me most of that year, and on occasion, even to this day. What was worse, was the feeling of sadness. A switch was flipped, and I was no longer self-assured, confident, and even cocky at times. Now, even in a world, I’d proven my skills on multiple occasions, I suffered doubt.

Depression is a terrible thing. The depression caused by chronic pain is no less formidable a problem than any other medical emergency. When it’s undealt with, untalked about, and unaddressed, it grows inside us. Before long, depression, anxiety, anger, rage, sadness, and despair all set into my world because I didn’t know who I was at times, or what I was doing.

By late August I had disturbingly developed a cycle of sleeping only when drunk, sneaking around, skittling my pills like candy, and it still wasn’t helping. I was developing a resistance to small amounts, upping doses on my own, and drinking more and more. When sleep finally became impossible I got very fond of Netflix keeping me company, something to drown out the sounds in my mind. The auditory worms were driving me insane.

I sat on my bed, one Sunday night, desperate, feeling like nobody could help me, and slowly slipping from fight to flight mode. I was, and I hate to say it, giving up. I looked over at my closet, seeing my duty gear, and like having an out-of-body experience, watched myself go over and pick up my Glock.

The taste of a gun barrel in your mouth is metallic, ominous, and slightly ashy. Earlier that week I had qualified again, barely, and hadn’t cleaned my gun yet.

I don’t know if it was the tears that formed, thinking about those that I would leave, or some other intervention that we don’t see as humans, but I set it down, curled up in a ball, and cried until I passed out. The next day I made an emergency appointment to see the neurologist that was treating me. Of course, he had told me I pushed too hard to return to my guys, my department, and my job.

Facing my bosses at this point was easy. I just didn’t care. I knew two things, that I didn’t want to die, and that they would at a minimum want my gun until a mental health professional certified that I wasn’t a risk. Other than that, they told me to take all the time I needed.

Talking about it is the biggest step men can take, whether you’re suffering, or you see someone that is, say something to someone. As men, we pride ourselves on strength. We fear being seen as weak, especially in certain jobs.

Whether you’re having a mental health emergency or are having suicidal thoughts, there is always help. As men, we can help our brothers in the world out, knowing that they’ll have our backs if it were us that were suffering. When we try to do it all alone, we set ourselves up for failure.

Men’s health includes men’s mental health. Movember includes getting men to talk about their issues as part of its mission. As this November is Movember, I’d encourage you all to get out there with your friends, check on them, make sure there’s nothing you should do for someone that you care about.

If you know someone that is suffering from the signs of suicide, or making comments about suicide, even off-the-cuff remarks, there are mental health resources to look at. Or, call the National Suicide Prevention Lifeline at 1–800–273–8255 to talk to a trained counselor.

More stories from Jason Ray Morton and writers in Psyche and other communities.