by Narleysia Nicolee 7 days ago in interview

Follow up For The Topic "Silence from someone doesn't mean they are okay." 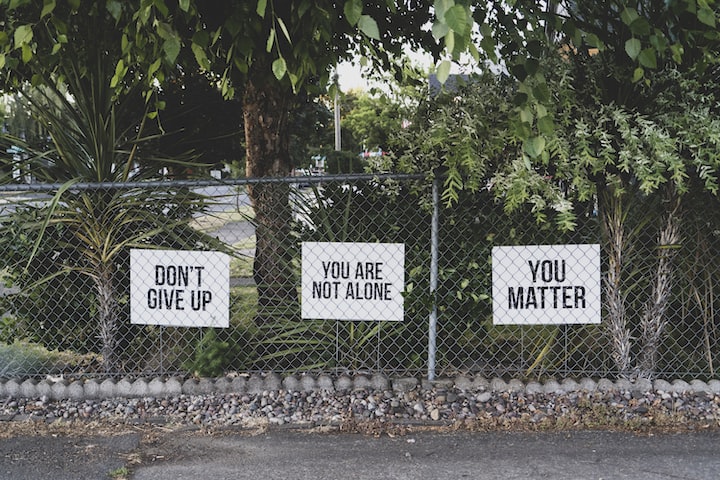 This Interview was made for the story "Silence From Someone doesn't mean they are okay." It talks about the topic sexual assault.

Her specialties are Sexual Abuse , Trauma and PTSD , Relationship Issues.

I appreciate that she took the time to read my story and answered the questions that are helpful to me and many others. 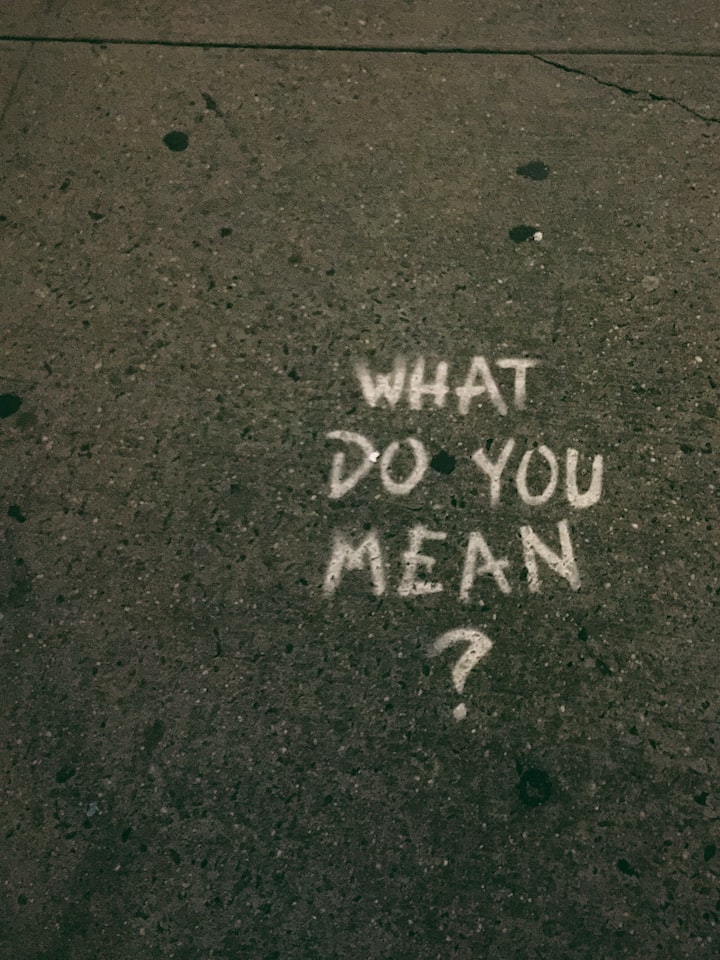 By Jon Tyson on Unsplash

1. How much of an effect does it have on women and does it affect their future relationship she has with others? If so, how?

2. How common is it for men to be sexually assaulted and how does it change them?

3. Do you believe that people that are minorities and a part of the LGBTQI community do not get much support or help when it happens to them?

Answers that was given:

1. Overall yes I think the effect is significant on health, feelings of safety, view of the world, potential health problems – especially digestive. Sometimes people don't take care of their body as well afterward because they are angry or want to disconnect completely. That can lead to avoiding doctors, regular checkups, and not paying attention to regular body alarm systems like pain. And, yes there is typically effects on future relationships with others, including herself. The effect on all people is typically related to several factors: whether the person had support at the time; if they were able to share and be heard and believed; and whether there was assistance to help care for her body, soul, and mind afterward. If the assault was by someone she knew with a great deal more power then she had, the psychological effects are potentially of stronger intensity. If it was in a religious setting, that often takes it to another level as well. Future relationships are often affected by whether her personal value as a person was deeply affected or not. If she has trouble loving herself it will almost always affect who she chooses to be around and how they treat her. Certainly trust, safety, physical and sexual triggers, are all factors too.

2. It is quite common and typically with the topic of men and assault, I like to clarify that there are many female perpetrators. Many more than anyone would want to admit. Check out the website www.1in6.org. There are many survivors' stories that you can hear first-hand and articles. There is an excellent new book out called Men Too. I also learned a lot earlier this year reading Abused Boys by Mike Hunter. As an aside, I think it is good and important that you are using the term sexual assault rather than abuse or child abuse. I have made that shift myself because assault is what it actually is! There are certainly similar effects on men as women, as well as transgender people and across the full range. It is much more difficult for men to admit or share with anyone, especially report it to authorities. There are too many social messages about men enjoying sex no matter what. There was even a belief - not too long ago - that "even if they were abused it doesn't really affect them." Also, it is probably more common for men to orgasm during an assault, which is incredibly confusing. They also tend to have deeper shame because they are socialized to be required to be strong and powerful, so they take on even more responsibility for it happening then women tend to. That is really a fine line because women take on a lot of responsibility as well, but I do think it is deeper and stronger for men.

3. Absolutely! Biases and beliefs over the years have created this damage. Misunderstandings of cis-hetero people about the lives of LGBTQI people have drastically impacted how they are treated after an assault. I don't have statistics, but I definitely believe that the level of reporting is probably the same or less than men. There are even more harsh beliefs and hatred feelings around this, in my view. I think it has to do with non LGBTQI people not identifying human similarities. They get caught up in not understanding this huge group of people. People tend to have less empathy for those who are not like them. It's disgusting in my opinion.

I truly hope that this information and the story "Silence From Someone doesn't mean they are okay." gets through to people that have seen sexual assaults happened or experience it in anyway. We can't forget what happened unfortunately even though if you're like me you may have tried in so many ways it still plays an effect in your life but we must know that it doesn't make us and we can't let it define our future in a negative way.

The people that did it to you may have told you it was "nothing".

What happened was valid and it was wrong.

It should have never happened at all.

I'm sorry that it did because I was sorry and still sometimes sorry for myself when I shouldn't be.

Those that never experienced it, but help those that did to heal. You are strong too and thank you for supporting them.

Thank you all that are trying to be better everyday due to not just sexual assault but other traumas that you may have experience in your life.

See all posts by Narleysia Nicolee →

Jasmin
about a month ago

Dominic Watson
about a month ago