How to Fly with Two Wheels

by Starlight Storm 4 months ago in stigma
Report Story

a letter to the world that never wrote to me 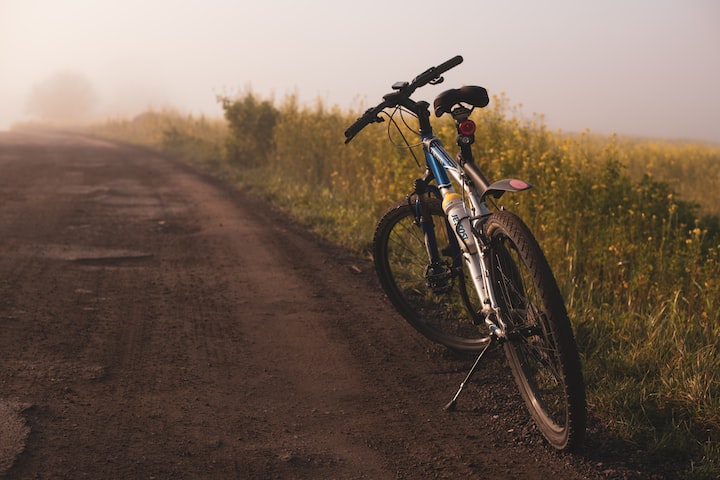 Photo by Jacek Dylag on Unsplash

You ask why I bike fast. Maybe you didn’t exactly ask, but your tone told me your comment was a question.

Humans have long envied birds. We have an instinctive hunger to experience the unknown and push the limits of impossibility. In this instance, it manifests in a desire to harness the wind. We see the birds wheeling above; we see trees bending and snapping under the strength of simple air. And we want it. Children fly kites and make paper airplanes – when they grow up, they build jets and helicopters and hang gliders.

There’s a certain freedom found in the skies. A freedom in feeling nothing solid beneath your feet yet being able to deny gravity’s pull. For those of us without the licence to fly a plane or ‘copter or drone and don’t have the money or location for a hang glider or sky diving, we have to find other ways to experience that freedom.

There are probably a couple things I should tell you about myself before continuing. (Forgive my long-windedness, but bear with me. We’re getting to the point.)

The first is that I am medically a dwarf. That, combined with former clubfoot and current scoliosis and arthritis, lead to most of the “you can’t do that”s from doctors, family members, and occasionally even friends. Now, to be fair, there are a decent number of things I shouldn’t do regularly, like walk long distances, climb stairs, or wear heavy backpacks, but shouldn’t regularly isn’t exactly can’t.

You probably already picked this up, but the second is that I am incredibly stubborn. I don’t take well to people telling me what I can and can’t do. Once I’ve set my mind on something, trying to stop me is like throwing jello at a brick wall and expecting the wall to crumble.

It’s not that I’m rebellious against authority and/or rules; it’s more that I don’t like people telling me they know more about my abilities and limitations than I do. If I physically can’t do something, I’ll find that out myself. I would rather try and fail than be scared away from trying and succeeding.

That said, while I may not have the money or physical requirements for getting a pilot’s licence or skydiving, there are other ways to fly, and one of them requires a one-time monetary deposit then years of the only payments being time and energy. This way of flying involves two wheels, two pedals, a seat, and handlebars. In other words, it requires a bike.

I’ve used wheelchairs, walkers, crutches, and those weird knee scooter things, but, long-term, my bike is what gave me the freedom to move as I wished. When I get on my bike, I’m not limited by having to carry my own (or extra) weight. The bike carries it all. Back, knee, and ankle issues are taken almost entirely out of the equation. All that matters are the strength of my muscles and the paths I choose.

I’ve been a biker for years now. I’ve pushed myself, failed, and tried again until I can defy gravity and soar over the ground, pushing speeds and pulling stunts that would be reckless for anyone else. Maybe I am reckless.

When I walk, I’m limited by the length of my legs and the pain levels of my joints. When I’m in a wheelchair, my ability to move is limited by where the person behind me wants me to go. When I bike, it’s just me and the bike.

I was given wings. The way I see it, the occasional bit of recklessness is worth it. Why would I walk when I can learn to fly?

Yours truly, the dwarf who taught herself to fly

P.S. I hope that answered your question. If you have any more questions, my dear, one-directional penpal, you know you’re always welcome to write back.

Lover of nature, friend of the stars, weaver of legends.

Storyteller and photographer, I aim to give voice to the voiceless and share the beauty of creation.

More stories from Starlight Storm and writers in Psyche and other communities.