Golden Rules I Choose to Live By

by Jane Palombo 2 months ago in support

And How These Rules Help Me Better Myself 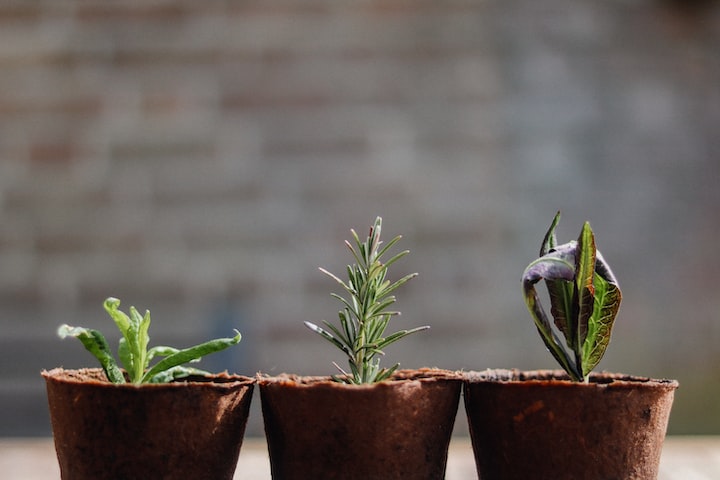 Photo by Christine on Unsplash

We all face hardships and recently we have all had to change our lives because of the pandemic. I'm no therapist, but I am a person who has had a wide range of hardships. So, I organized my thoughts and attempted to make a cohesive list of what I do to remain sane.

In August of 2019, something happened that put my body in danger and it made me change completely. After that event, I started abusing alcohol and weed. I failed not only just one class, but five out of my six classes for the first time ever. With no family support, I have worked many jobs and was exhausted mentally and physically by January of 2020.

I was not ready to try again. I was ready to find a shell and move into it like a hermit crab. Which after March of 2020, everyone had to do without choice. In school I was terrified of failing my classes again and while I did fail some classes again, it was less than the previous semester, but that was a win, my friend. It was small and it was still a failure but I improved overall.

Some people think failure and success are opposites. I disagree. If failing is the only thing that makes us all work to improve ourselves, then isn't failing succeeding in doing just that?

Failure is a stepping stone of life. It's necessary to find your own path to success. Which means every failure is a small victory in the long game of bettering yourself.

During that spring semester of 2020, my job closed. Then opened, then closed some more. I had no steady income. By August of 2020, I began Zoom University again, I went into my last year of college with less money than I had at eighteen. Things were bleak. I was angry, scared, depressed, hopeless. I felt like I wasn't close to anyone. I didn't know if things would get better or not.

When everything is going well, it isn't hard to be hopeful or happy. So I saw that as a personal test, and I've always been competitive. I was competing against myself, the part of me that was begging myself to give up and the other part of me who didn't know why, but didn't want to quit yet.

So here we land on Golden Rule Number Two:

Trying to keep trying during hard times is when it is most important. And sometimes, just going to sleep and waking up again is trying, and succeeding.

After August of 2020, I tried to become more positive, I stopped abusing alcohol but I could not quit weed. In fact in order to replace alcohol, I smoked some four to five times a day, if I'm being modest. I struggle with severe PTSD, and instead of accepting what had happened and working through it, I avoided it as much as possible. I welcomed a hazy dream that did not match my reality.

Avoiding pain is delaying the inevitable. Eventually avoiding that pain means your are going to explode on yourself, or worse some poor person who doesn't deserve it.

Which brings me to Golden Rule Number Three:

Deal with your shit. Write a letter. Write hundreds of letters. Go for a run every time you are mad, even if its five times a day. But do not push it back, eventually things will get so hazy you won't be able to identify the real problems and you'll begin making ones up to cover up what you don't want to bring back.

January of 2021 came quick. I never stopped feeling in distress. What I usually did to feel better wasn't working anymore. They were useless against my panicked and hopeless mind. Different events require different kinds of healing.

If the things that usually bring you peace stop working, it's okay. It doesn't mean they will never make you happy again. Think of it like an injury, if you cut your leg, Neosporin will help. But if you break your arm, you're going to need a cast.

And that's when I learned Golden Rule Number Four:

Different injuries need different treatments. Give yourself time, try new things when you feel comfortable to. But you will find something that brings you peace, as long as you keep being open to new methods.

The end of February of 2021, I went skiing for my very first time. I had a panic attack ahead of time. On the first hill I went on I fell. I watched my right leg twist so far left, my toes pointed behind me.

A couple of X-rays and MRI's later, I found out I completely demolished my ACL. After that, I couldn't work at all. I was completely unable to stand on my right leg. I had to wait two and a half months for surgery and after that it took me a month and a half to be able to walk without crutches.

No matter where you are in life, mental health is always going to be the most important part of your life. Mental health was what would help me find the motivation to get better after surgery. Sure, I would heal, but if it weren't for my mind's motivation, I wouldn't have a chance at my leg being back to it's normal self.

The next issue was finding a job. I applied for an at home hospital call center job. I got it. I got drug tested. I failed. I smoked some more. I found a job at home for a bank customer service, I got the job. I stopped smoking. Completely.

Most nights I still can't fall asleep out of fear. I hit my limits and I get tired. I take long showers or I don't shower for days. I sleep all day and am up all night. But I am doing the damn thing. I am trying. I am hoping tomorrow will be better than today.

The hope of tomorrow is Golden Rule Number Six:

Patience. Anything is bearable for five seconds at a time. Anything. So those days when I want to freak out and end it all, I wait. Nothing is permanent, certainly not our day to day moods.

The job I just got, the bank one, they called me to let me know that they are actually not allowed to have employees in California. (Which is where I am set to move in three months.) They then rescinded my job offer and once again, I have no way of steady income. I needed a job to move and the only way I would get the job is if I didn't move. Life is funny that way.

Have a sense of humor. Sometimes when I walk my knee gives out and I fall on my ass. It hurts and I want to cry, but it still looks damn funny. Life throws curveballs and the worst thing we can do is sit around having a tantrum about them. So don't. Roll with them and enjoy the show.

Maybe some one is reading this and is like please for the love of god just don't move yet. You said it yourself, be patient!

Yeah I did, but I also refuse to allow my circumstances to decide my life for me. I have been poor my entire life. I am very good at it. I lived off nothing but peanut butter and stale English muffins for two weeks once. That's better than some people have it. I'm not saying compare your struggles to others, that is a recipe for disaster, but I am choosing to see certain aspects of my life as a gift.

The truth is, every one is capable of much more than they think they are. And some days it's incredibly hard to believe that. But some days, it isn't so much.

So I stand by Golden Rule Number Seven:

When things get hard, it's hard to stay focused. But don't let life's mishaps ruin your plans. Become adaptable. Be open to change, and be open to challenge. I know how badly I want to move, so I am going to. If you want something bad enough, don't let anything stop you from working to achieve that.

You don't need to be holding your head up in happiness and pride to pick yourself up. You just need to be there, for yourself. You need to laugh at yourself. You need to see that maybe you aren't ready, maybe you fell hard and you need something to take the edge of. I am not one to judge. Because as long as you are still there, and you have a tomorrow, even if you think you have a bad future, you still have a future! And like every movie about the future has already said, nothing is predetermined.

Life shouldn't just be bearable. It should be glorious.

I've learned how to make things glorious to me. Hard work may not pay off in the way you hoped it would, but it always pays off in some ways, sometimes you just need to think outside the box to get there.

Keep in mind no one rule is more important than another. At some point in our lives, what is important changes. Life is fluid and we need to be too. The way we work with ourselves, the way we think about others, that all needs to be fluid in order to be as happy as possible.

Receive stories by Jane Palombo in your feed
Jane Palombo
Read next: Never In the Cover of Night