by Josephine Mason 12 days ago in support

It's okay to not be okay 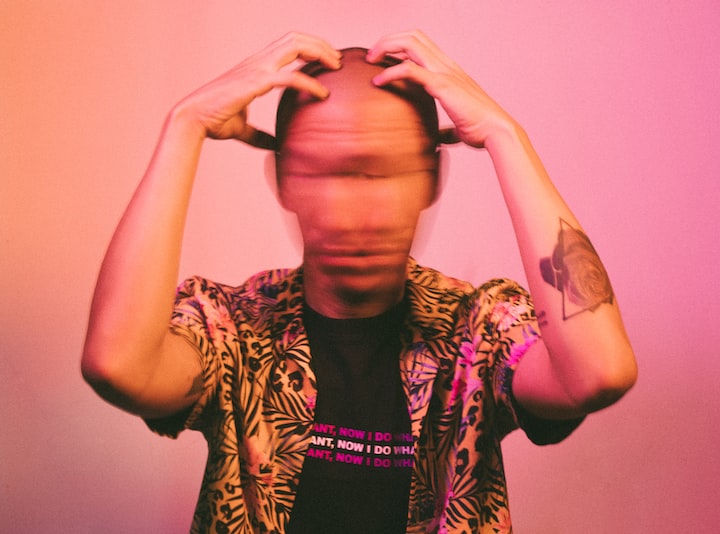 Photo by Wei Ding on Unsplash

"This piece is about mental health awareness and the struggle many people face every single day. It is not meant as a diagnostic tool or to give any medical advice whatsoever. Every individual has their own story and their own treatment plan, so even if you see part of yourself in this piece, it's vital that you seek the help of a trained professional. It IS okay not to be okay."

Anxiety as defined by the DSM V: Excessive anxiety and worry (apprehensive expectation), occurring more days than not for at least 6 months, about a number of events or activities (such as work or school performance).

Now with that said this is a definition of generalized anxiety disorder. So the definition is slightly changed with more specific anxieties. Part of the problem that is presented in anxiety disorders is that they are also often symptoms of other mental illnesses. It can present alongside them or it can be by itself. That doesn't make it any more or less serious though.

Its symptomatology can present in a number of ways including insomnia, fatigue, achiness, fatigue, and constantly on edge. You do not need to have all of these symptoms to be officially diagnosed with an anxiety disorder, only half or more. While this illness for the most part is not completely debilitating it can be. At the most extreme it can result in the development of new mental illnesses such as agoraphobia. It can also leave a person in a place of being unable to perform executive decisions for fear of making the wrong choice.

I'm going to speak a little about my own personal experience here for a moment. I don't know when it started for me exactly but I remember one day simply being afraid. I didn't know what about or why but I simply was. I've been that way ever since. The difference from now and then is that I've been able to better identify the things that make me anxious and how to either avoid or deal with them when I can. For me going out into large areas where things are unpredictable and I'm not sure what I'm doing is a big one. Grocery shopping has always been unpleasant though in covid times infinitely more so. Going out leaves me with an elevated heart rate, panicked mind, and a need to stay away from others. Normally when I come home I need at least two hours of nothing to do just to bring myself back to my personal normal. It also often leaves me exhausted as if I had been running the whole time. I don't really remember a time in my life where this wasn't the case.

My anxiety is more generalized than anything. New experiences where I don't have the ability to dictate the entire outcome leave me anxious. Not because I want to control people but more because I'm anxious about things I don't know or fully understand. This is because when I'm uncertain something bad could happen and I wouldn't necessarily be able to properly react to it. My anxiety though has also been helpful on occasion. It compels me to think about things that may not normally happen but if they do I have something resembling a plan. So while anxiety is a mental illness it does have the occasional silver lining.

Some people live their whole lives with mild anxiety and never know it. They just know that certain situations leave them feeling very uneasy and leave their mind in a state of disarray. Which can lead to loss of ability to perform executive decisions. Of course being anxious about certain things is something that happens to everyone. Stage fright, any form of public speaking, and of course the infamous test anxiety. It's when that feeling of anxiety is consistent and leads to loss of enjoyment in everyday life.

Now let's take a moment to talk about medication. Anxiety like many mental illnesses can be treated with either talk therapy, self therapy, and medication. Medication is used for more extreme cases. Instances where people become unable to perform necessary functions like working or even sleeping at all. Because their mind is constantly in overdrive thinking of all the things that can happen and how to try and deal with them.

Medication however can have a dark side to it like so many things. One of the most popular medications for any form of major anxiety disorders is Klonopin. Klonopin comes with a mass multitude of side effects though. Several of which are things people with anxiety disorders already experience. However you can add to the list with things like seizures, headaches, and slurred speech. All things that people with anxiety disorders are only going to see as more reasons to be anxious. It can even alter people's behaviors and moods. With hallucinations, nightmares, and loss of empathy. Taken over a long term one becomes used to the medication and is required to take more and more. Eventually this can lead to absolute full dependency. Including a loss of control during withdrawals and in extreme cases loss of life. Klonopin alters your chemistry to a point that without it your body basically goes into shock and can cause a severe cardiac event.

There is a widespread opinion amongst the common individual and a few psychologists that anxiety is a relatively new mental illness. One that has been brought about only within the last hundred years or so with many wanting to claim the last fifty. However the first noted writing on it is from 1621 by Robert Burton in his book The Anatomy of Melancholy. There have also been several writings found upwards of over two thousand years old describing the symptoms of anxiety disorders. Anxiety has seemingly always existed in our societies and thus the original opinion stated above is demonstrably false.

I have very rarely spoken about my anxiety with others including my own therapist in the past. Mainly because my anxiety does not alter my life to the point that I can't function just makes things difficult. Also while I can logically rationalize why I shouldn't be anxious I still am and it makes me feel silly. This is a byproduct of the general stigma that society has about mental illnesses or "invisible" illnesses. Out of sight, out of mind. I want to say though that I see you and so many others do as well. Don't be like myself and hide simply because it seems "silly". Speak up and be heard. It's okay to not be okay.

This is the second part in a collaboration on mental illness where we will be doing twenty pieces in total on various illnesses. Please stay with us for the next installment by Judey Kalchik who will be writing a piece on eating disorders. Thank you for reading and please speak up if you need to.

I write because I'm always drifting off to other lands in my mind. Please subscribe, like, and if I'm doing well please tip. You can buy my first book now at the link below. Available on many ebook platforms. https://books2read.com/u/bQygdE