ADHD Isn't a Joke—It's a Struggle, and a Gift.

by Alexandra Corlett 7 months ago in stigma

A few reasons to be grateful for a condition that the rest of the world sees as a "disability." 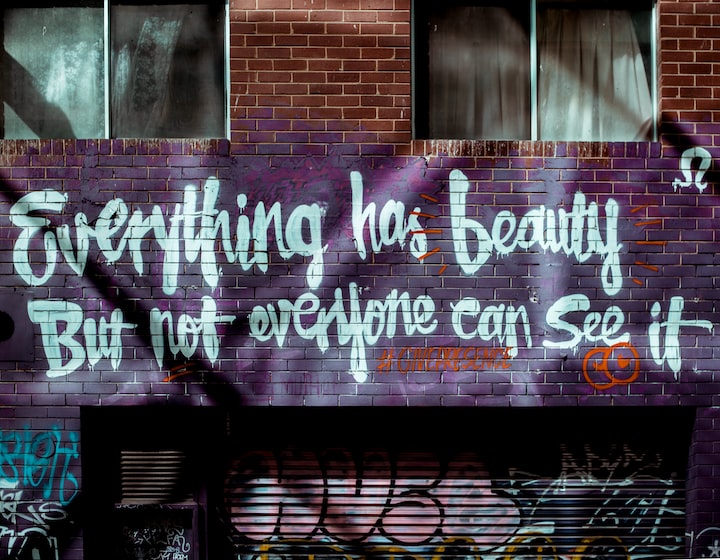 “ADD isn’t real,” he said with a smirk. “It’s just a nice way to explain why our kids misbehave.”

The natural smile that had been illuminating my face suddenly went into rigor mortis. He said…ADD…isn’t real?

Taking my lack of response as assurance that he could speak his mind free of repercussion, he went on. “It’s funny, nobody outside of our country even knows what it is—ask any European what ADD is and they’ll say, ‘what’s that?’” He chuckled, then added, “It probably only exists in America because we aren’t allowed to beat our children.”

He and his beer-wielding henchmen laughed heartily.

I was appalled. It’s not even called “ADD” anymore, buddy, I thought preposterously. I wanted to get on a soapbox and put him in his place, but to my own astonishment, I laughed right along with them.

Oh, how I hate defense mechanisms.

That guy? Well, to put it simply, he’s wrong. If ADD—or ADHD, which is the more correct name for it these days—doesn’t exist, then I, along with Michael Phelps, Emma Watson, Lisa Ling, Adam Levine, Justin Timberlake, Will Smith, and a plethora of geniuses and/or celebrities must be completely nutso.

Y’all don’t know me, but everybody reading this right now has heard of at least one of the people on that list; tell me, when you think of that person, do you think “clinically insane?” Yeah, I didn’t think so.

ADHD is 100% real. For those who have severe cases and a comorbidity or two (conditions that tend to accompany ADHD), it can be debilitating. But even for those people, having ADHD can come with beautiful and useful uniquities that tend to go unacknowledged.

First of all, contrary to popular belief, we can be geniuses. I think a lot of people assume that we can't possibly be smart because we appear scattered, disorganized, impatient or flustered. But a lot of people with ADHD have very high IQs. I had the IQ of a third-grader when I was in Kindergarten, for instance.

Some of us have intense reactions to physical touch, mental and visual imagery, sounds, scents, and/or tastes. This phenomenon can be relatively subtle, but it can also be overpowering. My brain goes into “ERROR” mode at loud, crowded and spectacular social events like concerts and festivals and I get nauseated. Well-trained minds can use grounding exercises to alleviate this response (but shots of whiskey also do wonders).

And then there’s the “H” in ADHD. We Predominantly Hyperactive-Impulsive Types know about the “H:” it keeps us from sitting still. There’s another aspect of the “H,” however, that tends to be neglected—the hyperactivity of the mind, or hyperfocus. Hyperfocus sets in when we become transfixed by a particular topic and can’t help but dive into it. This dive is always deep—so deep, in fact, that we enter into an almost meditative state. I had a supervisor once who would give me research tasks because, as he’d say, in a 1000-page textbook, I’d find the one tidbit he needed on page 764.

These are just a small sample of the many wonders of the ADHD mind, but you get the idea—ADHD isn’t always a nuisance, it can be a gift, too. When people make wise cracks, don’t do what I did and pretend you don’t care. Stand up for yourself, because I guarantee that in a crowd of people of the unanimous opinion that ADHD isn’t real, you are the smartest person.