A Newborn In Your Twenties

by Jake the Jake 4 days ago in support

Heart-Sensical Talk from your Internet Friend 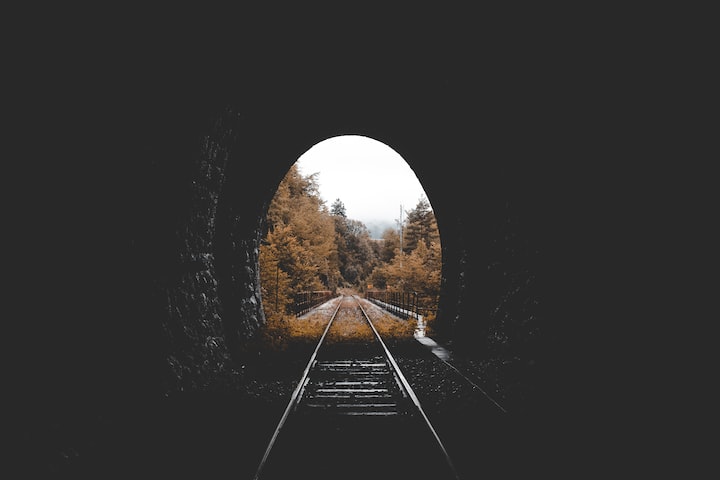 Let's - if you will - traverse through the luck and muck of your expired life, now lost and forever sealed in the Earth's orbit.

It starts out weird, and then before you really know it, you've lost all ability to form an identity by the age of thirty. Every fearful piece of advice offered by the rabble around you became a consideration. And then there were the platitudes they uttered when things went wrong. And each time - in the times that really mattered - you scratched your chin, but your brain still itched.

...and, yeah, your heart still yearned.

Even the most prudent will admit that.

But most will look for an alternative when the direction they thought they'd take is closed for construction - even if it's not optimal.

And so they follow the detour signs and assure everyone else they should do the same.

They generalized their fear - and it wasn't like it was affecting anyone else but themselves.

Just another of humanity's irrational fears: resenting those who didn't follow what they said, deeming them silly because they wouldn't do it themselves, and envying those who reap the rewards for doing so.

The envy of the fearful - masquerading as warranted shame.

So what if I plummet off a bridge into the ocean? Maybe the road crew is gone and forgot to take their signs with them.

The heck with everything, let 'er rip and let's see what happens.

Remember, the brain is like a crab who daydreams.

It also has pincers - imagined ones.

Of course, the brain as a physical entity has no pincers, as least as much as modern science knows, and lives in a dark cranial casing, left only to dream with the information its minions - the other organs - have provided it.

And because it's wading in the dark, floating in cerebral juice, in a limited amount of space, it pokes itself in the eye with its big crabby claw, almost daily. But its blindness only leaves its host in disarray, and without the brain's conjurings, there is no vision, only the droning on and on of life.

Instead, it relies on the rest of you to do the external what-have-you, which doesn't like bullets, has mixed feelings about concrete, and jangles about when it has weird, yet satisfying phone calls with a mortgage loan originator.

That's what our world consists of: nations filled to the brim with crab-brains trapped in tight spaces, full of anxiety and dread, dreaming of life outside their shells...

...and then picked off by seagulls, trying to defend whatever people told them was a good investment.

And when they're soaring off to the nest, dangling in the bird's beak, they think to themselves: "Yeah, probably should have taken that job in Tokyo."

And now, maybe you're asking yourself: why a crab metaphor?

Where are you going with this?

Even the tone detector on my Grammarly extension for Google Chrome has no idea. I'm receiving the hands in the air, dunno emoji. And yet, I'm pushing through. I'm following my heart.

Well, let's get to it then:

If you have a functioning frontal lobe - which if you're taking any of this seriously, you should have - with all the bells and whistles, you will be subjected to the occasional decision paralysis.

We're all going to get stuck weighing the pros and cons of a particularly troublesome decision at some point in our lives. And if you've got people in your life you love, who are factors in those decisions, you may never go anywhere. But let's not focus on that for now, even though it is important for many.

Concerning matters of indecision, remaining stuck without conviction in the heart is the culprit. You need to decide what your heart wants - think about it with all the scope your mind can offer you - and decide.

Maybe all those dreaded naysayers had a point and saved you a lot of time and headache in the short term. But if staying stuck - many months or years after making the decision - causes you a lot of heartaches, you should reevaluate that decision.

After all, in my subjective estimation, society has been erected on the whims of the heart. Only our modern society - with all its technological machinations - have decided it to be the brain. This is why I believe we find incongruences with our past: the heart craved different things back then, and indeed neglected others.

A missed dream ceases to settle.

It keeps your clothes old and threadbare. It makes your home feel like a tomb; a sepulcher, with you dying inside. The wrappers, stickers, and packaging labels begin to pile up on your dresser tops. And maybe you should schedule that eye doctor appointment, but then again, why?

A triteness is formed in the heart. A heart that still yearns. A heart "two sizes too small."

And maybe you become angry.

But just a disclaimer, if you don't already know: anger evokes the most corrosive and limited forms of thinking and feeling.

Some people have friction brakes for minds, others have induction brakes.

A friction brake is a brake where surfaces are pressed together to slow a moving object.

An induction brake is a brake that uses electromagnetism to slow a moving object. There are no surfaces being pressed together.

People without brakes, or the broken brakes among us, I believe, are the free-spirits in the room. They're the ones who hear a cockamamie idea, and say: "That's a great idea!" And with no impulse control whatsoever, they follow through whole-heartedly, borrowing money from family members, rebelling against any objections from others, and torpedoing into space on a rocket, heading for the nearest space colony that worships an alien race which is half football player, half Elvis Presley.

The best of luck to them.

The induction brakes are those who have successfully integrated their capacity to feel and think, blending them together in the most harmonious of ways, with only a strong electromagnetic force able to stop them. I would even say they rarely get stuck making a decision, gliding along, only to slow down in the off chance someone needs mentorship or consolation. An arm around the back from them is worth its weight in gold.

The rest of us are the lowly friction brake - the most common brake of all. One person has an objection to one of your personal dreams and you cave.

A risky financial obligation is required, forget it.

Okay, so the conclusion:

You're going to need momentum and resiliency towards that inner worrywart, who uses means of tactical attrition to wear your excitement down.

There's no other way.

Your level of personal neuroticism will interfere with this momentum. Speak with a doctor or a licensed counselor if possible. Maybe they can help you with your anxiety and unwillingness to take risks. If there was a medical option you could pursue for only a short while to reach a place in your life you wanted to be - that you were unable to reach any other time you've tried - why not try it?

But if that's not an option, you will have to muster the courage to push forward. You'll have to learn to be accountable for yourself and find a way to hold the responsibility upon your shoulders.

And it doesn't have to be toxic willpower. That will lead to hypertension. Thoroughly write down each move, step by step, to differentiate the feelings in your progression. It will tax your mind, using functions that have been dormant for years.

You will have to shine a light deep within those unused areas of your mind. It's a necessity. And although developing courage can be painful, it can be enriching - even throughout the process of finding it - if your perspective is oriented in the right way.

You will be vulnerable, but facing what troubles you head-on with a willingness to heal, will permit you a non-crab brain. Your brain will imagine the space it occupies to be much larger, and you will retain your vision. No longer will the pincer poke the metaphorical eye. And you can expand the understanding of your heart - with a greater vision - which will allow you to push forward with each new opportunity, with a steadfast spirit, matured, and able to face criticism.

An affable fella, regardless of the risks associated with the activities he involved himself in - in one instance losing his wand due to a false accusation that he opened the Chamber of Secrets (sorry, spoiler for the one person) - appeared to have his heart in all his decisions.

I don't want to delve into the nature of crab-hearts - that topic is endless. But being scared and talked out of things is a matter of the brain and not of the heart. The heart feels; It doesn't think. And the brain only makes it beat. If it seems the heart has failed in courage, blame only the brain, for the heart has no parameters. Only the brain sets limits. Only the brain is capable of gaslighting and manipulating. With a small heart, the brain will take charge, becoming the greatest critic of oneself and others. It will have no mercy without the heart to make it realize how silly it thinks. But a brain and a heart operating in unison are unstoppable, and a foundation to build a life on.

What if Hagrid didn't love his beastly companions?

He would find them scary and unworthy.

But his love outweighs his fear!

It may sound like one of those aforementioned platitudes, but having your heart in the game can clear a path in life, no matter how scary or new something is. The heart knows what it desires and it will lead you accurately if you take the time to understand it.

Now maybe you'll want to hear more, but my aim was only to give you a pep talk in the grand scheme of things, knowing full well how difficult doing what your heart wants can be.

Learn what your heart can show you through the scope your brain provides. The heart reveals itself in the nonverbal. And what has been deemed ugly to you in the past, can be cast in another light. And so, gain your momentum, once again! Go off the beaten path! Go into unexplored territory and see how you react! - and most importantly learn from it, write it down.

The first few steps are always the most uncomfortable, but when the moments are uncertain, and you've been tangled up in their midst long enough, even uncertainty can become familiar. And what feels, initially, to be a huge undertaking can be trivialized after the first few steps forward.

And who knows what will become of your life in the orbits of Earth that remain of it?

Only you, that's right.

I love crabs. I have nothing against them, except when they poke people's brains.

A work in progress.

See all posts by Jake the Jake →