4 Life-Altering Myths You May not Know about Alcohol

by Jen 17 days ago in science 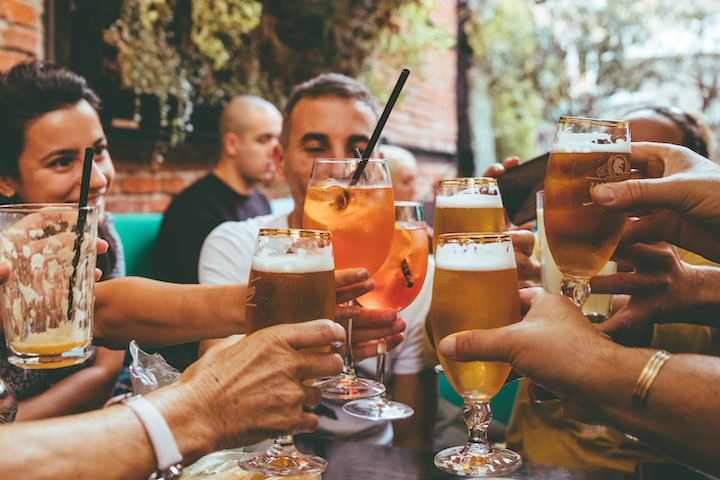 Every boozy beverage we drink dramatically increases the chance of becoming intoxicated or hungover. According to the CDC, an average male consumes 4-14 drinks per week, while the average woman consumes 4-7 drinks per week. For moderate drinkers, statistics show heavy drinkers consume an even more substantial amount of alcohol regularly. While these amounts feel manageable, it doesn’t necessarily mean that they are. Because of secret hangover family recipes and trendy alcohol myths, it seems as though there’s an answer for everything. Unfortunately, many of these hacks are just a myth, making them potentially dangerous for everyone. Some of these common myths might surprise you.

I can drink and still be in control

Being in control while under the influence is one of the most common and most dangerous myths out there. When drinking, you may feel that you are capable of doing the same activities as when you are sober, but you aren’t. That one friend who is the life of the party and throws back shots like water always replies with, "No! I'm not drunk!" They are most likely drunk. Consuming only a few beers and driving home because there’s no chance of impairment? Please don’t. Decided to get a tattoo while drunk? Just no. For so many reasons.

These are real scenarios where we believe we are in control but are not. This type of behavior leads to drunk driving, damaging property, and endangering our (and others’) lives.

I can sober up quickly

Sobering up quickly is one more thing that you feel you may have control over. Many hangover myths incorporate food, caffeine, and other factors to avoid hangovers the next day. However, according to past scientific research, there is no solution to this process which takes time. When alcohol enters your body, it's quickly absorbed into your bloodstream through the stomach lining and small intestine. Once the alcohol reaches the bloodstream, it can start the process of being broken down by the liver. This body part generally processes one standard drink (one shot, one beer, one glass of wine) per hour. Continuing to drink while your liver is in the process of breaking down the previous drink will only accumulate in the bloodstream. This raises your blood alcohol level and increases your level of intoxication. The only thing that can sober you is time, so please, put the bread and the vodkas with Red Bull down.

Hangovers are caused by mixing drinks

It seems as though alcohol rhymes might have taught us everything we need to know about drinking, including which alcohols to drink first and which ones to never mix. It turns out that everything we thought we knew about mixing is false. Hangovers are caused by factors such as dehydration, changes in hormones, headaches, and nausea. Generally, those who quickly consume drinks with higher alcohol content would have a hangover. A hangover from mixing is caused by one of the following scenarios:

Those who start drinking at a low alcohol level beverage are aware of how much they consume compared to a higher percentage. This can lead to underestimating how much one had to drink. Drinking too many increases the chances of a nasty hangover.

Anyone who likes to indulge in darker beverages (such as beer, red wine, rum, and brandy) is more likely to suffer from a hangover, an effect of the congeners. During the process, the beverage breaks down into the toxins: formaldehyde and formic acid, both of which can worsen a hangover.

Alcohol is no stranger when it comes to relieving pain, as people have been using it for centuries. Research suggests that as many as 28% of those experiencing chronic pain use alcohol to alleviate their symptoms. Unfortunately, using the liquor as a crutch can have harmful consequences. Treating pain with alcohol is less of a severity factor and more of a regularity factor with men more apt to use it than women (especially those with higher income levels). Alcohol is also popularly used for emotional pain as it calms the body during times of stress, anxiety, and long-term, depression. Too often, alcohol seems to be not enough for some. So, they incorporate other drugs into the mix which can cause life-threatening situations, such as:

Be sure to get help in these situations so that the dependency on alcohol doesn’t increase. If you or someone you know is struggling with alcohol (or any substance) addiction, call SAMHSA’s free 24/7/365 National Hotline for assistance at 1-800-662-HELP (4357).

Receive stories by Jen in your feed
Jen
Read next: Best Wine Cocktails