by Kathryn Milewski 2 months ago in Pride Month

Quick, cool, and oh so colorful! Here's a 30 minute rainbow Pride playlist for any occasion. 🌈 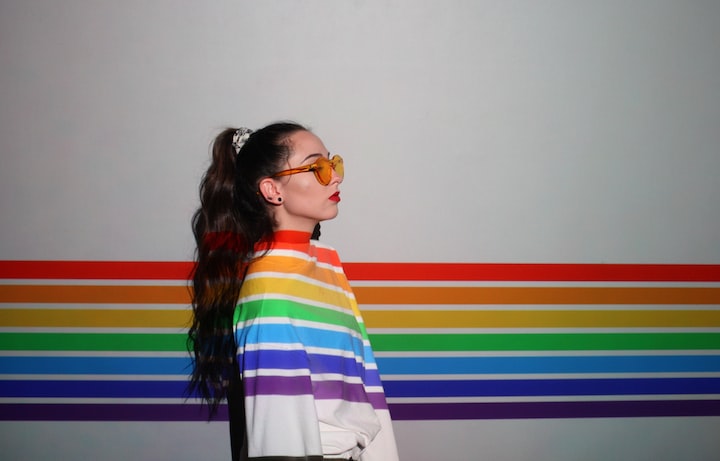 Photo by Isi Parente on Unsplash

Woohoo, Pride Month! Time for parties, parades, and embracing your sexuality and gender identity, whatever they may be.

I've always enjoyed Pride music. Unlike other music played for holidays - like Christmas or Halloween - music blasted during Pride doesn't need to be specific. So long as it's about embracing your individuality, loving who you want to love, or even about celebration in general, it works for the month. Just like sexuality and gender, Pride music is fluid. And it's always super fun!

I would just list 20 or so of my favorite Pride songs for this challenge and call it a day. Problem is, I already did that over on Live365, the other site besides Vocal where I blog about music. Therefore, I made this particular Vocal playlist a true challenge for myself: I gave it a specific theme and a time limit.

Have you ever wanted to get in the Pride spirit but you're on a time crunch? Maybe you're doing a 30 minute workout or you're riding the subway to a Pride parade but it only takes half an hour to get there. Maybe you're baking beautiful rainbow Pride cookies and need a 30 minute timer - and you're looking for something to hold your attention while you wait. This is the playlist for you.

Each track on this playlist - whether it be in in the song title, album title, or within the artist's stage name - features one color of the rainbow. Those colors are red, orange, yellow, green, blue, and purple. (Sorry, no indigo for this one.) I've also included a surprise bonus finale song at the end.

Additionally, the majority of these songs were created by artists who identify as LGBTQIA+. All of them have themes relating to coming out, loving who you want to love, celebration, or embracing your true colors.

Without further ado, let's take a look at the radiant songs in this rainbow playlist!

Thanks to TikTok, "do you listen to girl in red?" is basically synonymous with, "are you into girls?" Marie Ulven herself is an out lesbian, and her 2018 hit "girls" has become an anthem for girls who like girls.

In the song, Ulven reveals she fancies women despite internalized homophobia and societal expectations. Besides the message about Ulven's gay awakening, "girls" is a perfect Pride song because of its summer-esque instrumentals that feel just right for June. If you identify as "the main character" in your own movie, this tune was made for you.

LISTEN WHEN: Your gal pal is wearing a button-up shirt and she looks so pretty, it physically hurts you.

From Frank's acclaimed studio album channel ORANGE, "Forrest Gump" is a love song written from the perspective of Jenny Curran: Forrest Gump's love interest from the 1994 comedy of the same name.

The song, which is the penultimate track on the album, serves as a metaphor for the feelings Frank still harbors for his first love. That first love happens to be a man he wrote about in an open letter posted to Tumblr back in 2012. It was the singer's public coming out.

"Forrest Gump" isn't the only song of Frank's with queer themes. "Chanel" is a mellow tune with themes about bisexuality, Frank sings about a man on the Endless track "U-N-I-T-Y," and the singer voiced his support for gay marriage four years before the U.S. made it legal in "We All Try."

LISTEN WHEN: You're remembering your first love: the quarterback from your high school football team who looked suspiciously like Tom Hanks.

Trixie Mattel (a.k.a. Brian Firkus) has taken the world by storm recently. Between her RuPaul's Drag Race All Stars win and fun singles "Malibu" and "Jackson," she's made a name for herself as a dignified drag queen musician.

In "Yellow Cloud," Trixie imagines a bright, happy future for her and her lover. She also sings the line, "Days are runnin' at a slow pace / And all the glitter in between," which is a reference to how her daily life as Brian Firkus is kind of boring, but her nightly performances as Trixie Mattel are filled with glitz and glamour.

The yellow in "Yellow Cloud" can also be a reference to Los Angeles: the place where Trixie resides, and its reputation for smoggy air. Whatever the case, this jam has so many references to travel that it's best played during a road trip on a warm day with your car's sunroof open.

LISTEN WHEN: You're driving to a Pride parade and want the drivers next to you to know you have a god-tier taste in music.

Did you know Billie Joe Armstrong from Green Day is bisexual? Before I did research for this story, I had no idea. This song choice was sort of a happy accident on my part.

Anyways, "Waiting" is a motivational jam about starting a new chapter of your life or doing something you never would have dared to do before. It's a good song to play if you're thinking about coming out to friends and family, or if you just can't wait to get lit at your friend's rooftop Pride party.

Billie Joe Armstrong even said about the song:

"It’s about putting your best foot forward, even if you don’t have any idea what’s in store for the future, about trying to make a difference in your own life, about having high goals even though you’re not fully sure of what you want or where you’re going to end up. You just keep moving forward and don’t give up."

No matter how this song relates to you, it's upbeat, hardcare, and very celebratory. It's about being true to yourself, and definitely an underrated bop in Green Day's stellar discography.

LISTEN WHEN: You're celebrating Pride in the 2020's but need to reconnect with your Y2K punk teen self.

So maybe no one from Electric Light Orchestra is a part of the LGBTQIA+ community. That doesn't mean you can't play this classic rock song during Pride! Hear me out...this song is actually perfect for this playlist, and for Pride in general.

In the 1977 hit "Mr. Blue Sky," Jeff Lyne sings about a character named "Mr. Blue," who was "hiding away." Now that he's around, everyone is happy. A reference to coming out, perhaps?

Additionally, this song is about embracing positivity after dealing with hardship. (Like a pandemic, perhaps!) It also references rain that has stopped, and the beautiful sunshine that comes along with a blue sky.

You know what else appears in a blue sky after rain is over? You guessed it...a rainbow!

LISTEN WHEN: It rains during the Pride parade and you need to cheer everyone up, or if you want to celebrate Pride in a Guardians of the Galaxy kind of way.

I've put a Prince track before a closing song in a playlist before, and there's a good reason for that: he's a goddamn genius artist.

Prince was known for his androgyny in the 80's and, along with Madonna, helped push society's bounds for sexual acceptance through music and stage presence. "Purple Rain" is considered his magnum opus. It's about learning how to become a loving person to your friends, family, and romantic partners, and believing in yourself rather than demanding others to believe in you.

In a time when so many parents still kick out their children for coming out - when LGBTQIA+ youth are 120% more likely to experience homelessness (according to True Colors United), this power ballad is a blessing. "Purple Rain" teaches us that you don't have to be like the abusers who hurt you. Instead of growing up to mimic his violent and bitter father, Prince is ending the cycle of abuse: he's forgiving, accepting, and moving on.

LISTEN WHEN: It's still raining at the Pride parade and "Mr. Blue Sky" didn't cheer anyone up, so now you need something on the sad side to fit the mood.

Surpriiiise! A bonus song! Okay, so maybe I needed it to fill the 30 minute time requirement for this playlist, but it's a good track. From the title alone, you can see it ties everything in this playlist together, thus completing our musical rainbow.

Kesha's "Rainbow" was actually recommended to me by my openly gay friend, Jay Palmieri. Although this song subtly ties into Kesha's pansexuality (she's actually performed legal commitment ceremonies for both same-sex and opposite-sex couples), "Rainbow" is about Kesha overcoming abuse and taking pride in herself.

Kesha wrote this song while sitting on the floor in rehab, only a toy piano to use as an instrument. She was in rehab for an eating disorder triggered by her former abusive producer, Dr. Luke. Playing "Rainbow" for an hour every day was literally how she kept going - it was a promise to herself to get better.

Like "Purple Rain," Kesha's "Rainbow" is an emotional ballad about believing in your own power. There is a way to overcome adversity and darkness in life...and it starts by finding pride in yourself. Like Kesha sings, just search for the colors in your life, and you'll push through.

LISTEN WHEN: You're proving to your friends Kesha is still relevant even after her autotune-heavy peak in the early 2010's. (You go, girl!!!)

I hope you enjoyed my little playlist that only took ten minutes to make. If you're looking for more Pride jams, check out my post over at Live365: 20 More Songs to Add to Your Pride Playlist. We also post daily music news, podcaster and broadcaster tips, and Top 10 lists every Wednesday!

Thanks so much for reading and listening. Hope you all have a happy Pride! :)